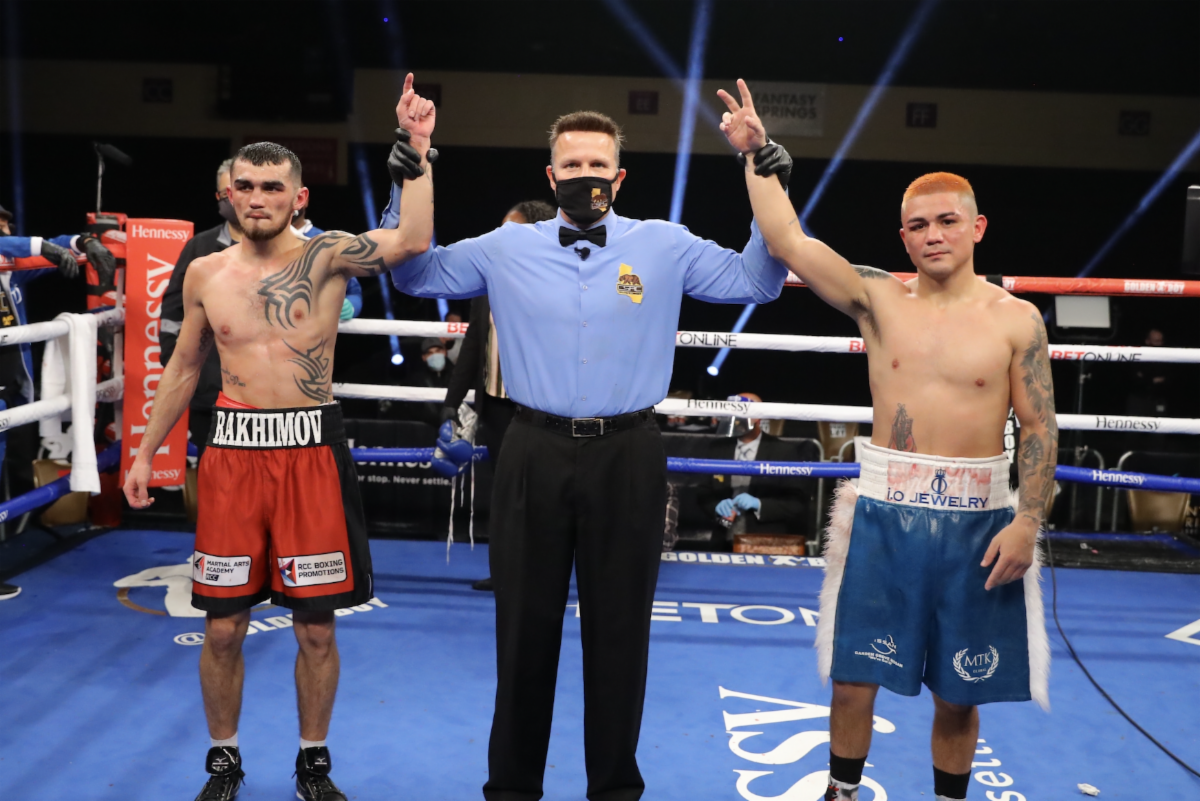 The fight headlined a stacked card of action that was streamed live exclusively on DAZN in more than 200 countries and territories, including the U.S., Mexico, Russia, Tajikistan, Brazil and Argentina..

“I’m a little upset. I felt I had done enough to win the fight,” said Joseph Diaz Jr. “It was a close fight. It wasn’t my best performance. I didn’t make weight. I lost the belt on the scales. I want to apologize to everyone. I want to apologize to all my fans. It was a mistake on my behalf. No excuses, but I’ll be back. Rakhimov threw a lot of combinations. But a lot of them landed on the gloves. I felt I threw more shots and landed more body punches. I thought I should have won the fight.”

“I am very happy. We did a great job with my team,” said Brian Castaño. “It was a good fight. We all mistakes, and I have to fix things here and there, but a fight is a fight. Each fight is different, and I understand that. I knew Teixeira very well going into this fight. He is very strong, and he has a lot of heart. He is a great. This was one of the greatest victories of my career.”

“I should have sat down more on my punches,” said Ronny Rios. “I went in a little bit too much with my head, and I kind of waited too long. But I’m happy with the win. I really want a world title shot for my next fight, and I think this fight was a necessary step in that direction.”

Shane Mosley Jr. (17-3, 10 KOs) of Pomona, Calif. defeated Cristian Olivas (19-8, 16 KOs) of Mexicali, Mexico via stoppage at the end of the fifth round of a scheduled 10-round super middleweight clash.

“I had a really tough opponent in there," said Shane Mosley Jr. "But I went in there, looked sharp and got the job done. These are the kinds of fights that I need in order to show people that I am ready for a world title.”