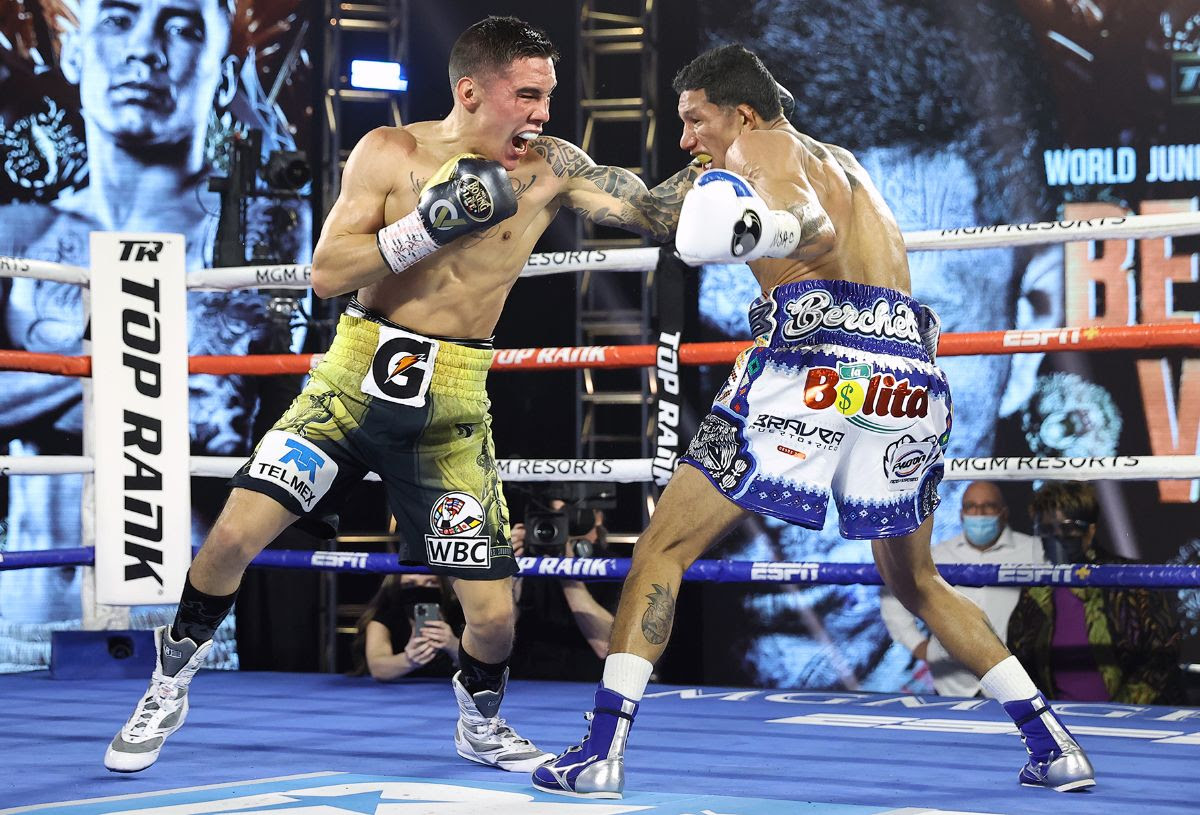 LAS VEGAS (February 20, 2021) — Oscar Valdez and Miguel Berchelt promised an all-Mexican clash for the ages. They delivered. Valdez knocked out Berchelt with a left hook at the end of the 10th round to win the WBC super featherweight world title from Berchelt, who was making his seventh title defense.

The hook crumpled Berchelt, who fell face-first to the canvas, and referee Russell Mora immediately waved off the fight.

Berchelt (38-2, 34 KOs) was badly hurt and knocked down in the fourth, but steadied himself and continued to pressure Valdez (29-0, 23 KOs) throughout the middle rounds. Valdez turned the tide once again in the ninth with a knockdown, and with the 10th round in hand, he lowered the boom.

Valdez said, "There’s nothing better in life than proving people wrong. I have a list of people who doubted me. My idols doubted me. Boxing analysts doubted me. They said Berchelt was going to knock me out. I have a message to everybody: Don’t’ let anyone tell you what you can and can’t do.

“I want to take this belt home, and I’m happy for that. Any champion out there… I heard Shakur Stevenson wants to fight. Let’s do it. I just want to keep on fighting and give the fans what they want.”

It's time to crown Stockton's King. Gabriel Flores Jr., the junior lightweight sensation from Stockton, California, made an emphatic statement, knocking out former world title challenger Jayson Velez in the sixth round. Flores (20-0, 7 KOs) knocked down Velez twice in the sixth, punctuating the victory with a left hook.

Flores said, “I could’ve done it earlier. I was playing with my food. {Trainer Gabriel Flores Sr.} told me I just gotta press it. Nothing was really going on those first five rounds, to be honest. I was just feeling him out.

“I would love to get the winner of Jamel Herring and Carl Frampton. I’d love that. I’m going to keep on working, and my performances are going to get better and better.”