Best Heavyweight Boxing Matches by the End of 2021 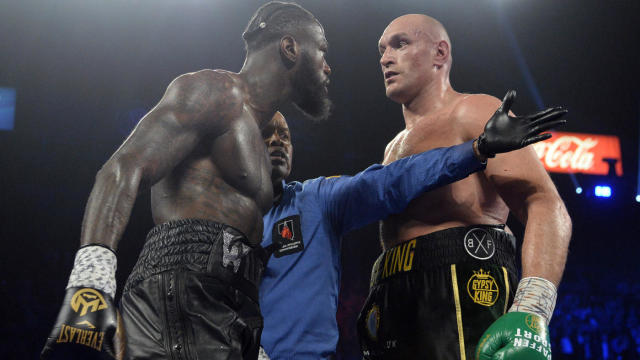 Series of events have thrown the heavyweight boxing schedule off track. For a start, Tyson Fury was supposed to go against Anthony Joshua in Saudi Arabia on August 14. There was also a possibility of an immediate rematch come November or December after the fight in Saudi Arabia. However, this was not meant to be.

When Deontay Wilder got an arbitration ruling in his favor to force Fury to agree to their trilogy match, the schedule was stalled. Although it was a huge change to the plan, considering that anticipation was very high, things seemed to be looking up. Rather than a single huge heavyweight fight for 2021, it is looking like there would be three matches after all.

As it is, many great fights are being scheduled but the heavyweight schedule has more in store for the fans. You can go ahead to check the heavyweight boxing fixtures to prepare for your betting adventures.

As it stands, heavyweight boxing matches would run until October. However, anything can still happen with possible alterations to the schedules. At the time of this writing, the highlights of the upcoming heavyweight boxing fights by the end of 2021 are as follow:

This event is slated to take place on Saturday, September 205 at Tottenham Hotspur Stadium, London, England. The current odds for both fighters are ½ for Joshua and 3/2 for Usyk. With the cancellation of the Fury vs. Joshua match, there is a need for a plan B for Antony Joshua for his next boxing match.

Oleksandr Usyk, the former cruiserweight king, has stepped into the picture and this would be a tricky event for Joshua. By the way, Usyk has consistently challenged Joshua’s WBO title for a while and he is going all-in to contend for the title again.

Fans are eagerly waiting to see if Usyk possesses the power and size to take on Anthony Joshua during the September match. It is surely something to look forward to.

It was a shock when the news broke that Tyson Fury and his team members had gotten the Coronavirus on July 9, 2021. This was just about two weeks to the trilogy boxing match with Deontay Wilder. The match was put on hold and had to be rescheduled. The waiting is finally over as the new date for the big heavyweight fight had been slated for October 9th.

This fight is a much-anticipated match considering that it had been 20 months since both Tyson Fury and Deontay Wilder had fought. The October 9 event will be taking place at T-Mobile Arena, Las Vegas, Nevada and the current odds for both is 2/7 for Fury and 5/2 for Wilder.

These are the two best heavyweight boxing matches that have been slated for the end of the year. Hopefully, there would be no reason to reschedule these matches again because of unforeseen incidences.