The best comebacks since the millennium 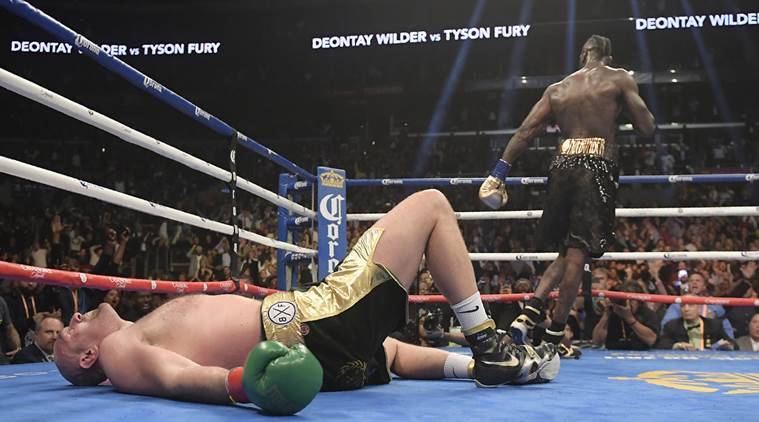 Boxing is a sport that’s known for great comebacks. There’s almost nothing better than watching a fighter who looks like he is down and out, launching a shot from the Gods to turn around what looked like a lost cause. It’s not just great bouts that can have comebacks though, fighters can have great comebacks in their careers too. We’ve taken a look at what we think are the best comebacks since the year 2000. Take a look through and see if you agree with our choices.

Both of these men were unbeaten going into this fight. It was one of those bouts that nobody truly knew which way it was going to go. The shots that were thrown in this bout were extremely brutal, causing the fight to really go back and forth. Despite this, it started off with Vargas getting knocked down twice in the first round. This was a big shock, especially so early on. It impacted the in-fight odds massively, especially as each fighter had their own backers going into it.

In fact, those two early knock downs shifted the odds right into Trinidad’s favor. This caused a big shift on a famous online sport betting site, which was caused by both the knock down and the number of people betting on a Trinidad win inside the first round. As live betting hinges on what is actually taking place during the fight, the odds changed massively as this knock down took place. However, Vargas wasn’t done yet.

Vargas switched things around in the 4th round when he knocked Trinidad down. This caused another change in betting odds as people felt things were going right for Vargas. After this, many felt that Vargas had the upper hand. Trinidad wasn’t done though either and he managed to finish in round 12. This was without a doubt a war that Trinidad could have lost at any time.

What is there that can be said about the Gypsy King? This is a man who looked finished. He gave up his world title belts, failed a drug test and ballooned to well over his optimum fighting weight. Fury looked like a man who would never be involved with fighting at the top level ever again. He spoke out about the mental health issues he had been struggling with and how he intended to fight them. Just like his performances in the ring, this was a fight he intended on winning.

Fury spent his time working out and becoming a better fighter. He worked on himself and ensured that he was able to return to boxing with his mind in a good place. Since serving his ban, he has been cleared to box again and there has been no looking back for Tyson Fury. He has even managed to preserve his unbeaten record with an incredible recovery in his first fight with Wilder. That fight is now moving towards a trilogy, which most boxing pundits expect Fury to easily win.

After this, his preferred fight with Anthony Joshua could be on the horizon. This battle of the British heavyweights is the only fight that boxing fans really want to see in the division. Will it ever happen? If Fury gets past Wilder, this could be the final stage for Fury’s comeback. Of course, the big man himself might not feel as though he is finished, there might be other battles for him to win in order to truly cement his legacy in his own eyes.

Klitschko retired in 2004 with a record of 35-2. He lost against Chris Byrd when he had to stop because of a shoulder injury, a fight in which he was ahead on all scorecards and was dominating. He also lost against Lennox Lewis. This was a TKO due to the cuts he had suffered. He was generally regarded as winning in this fight as well. It’s safe to say that Vitali retired with an impressive record at the top level.

However, in 2008 he decided that he wasn’t quite done. The second stage of his career started with a title fight for the WBC belt, a title that he had vacated when he initially retired. He beat Samuel Peter and retained that title for the rest of his career. Although he won all 10 of his final fights, both Shannon Briggs and Derek Chisora took him the distance. He retired again at the age of 41 to become a politician.

It’s safe to say that Vitali Klitschko came back one last time to make sure that no one ever forgot his name.