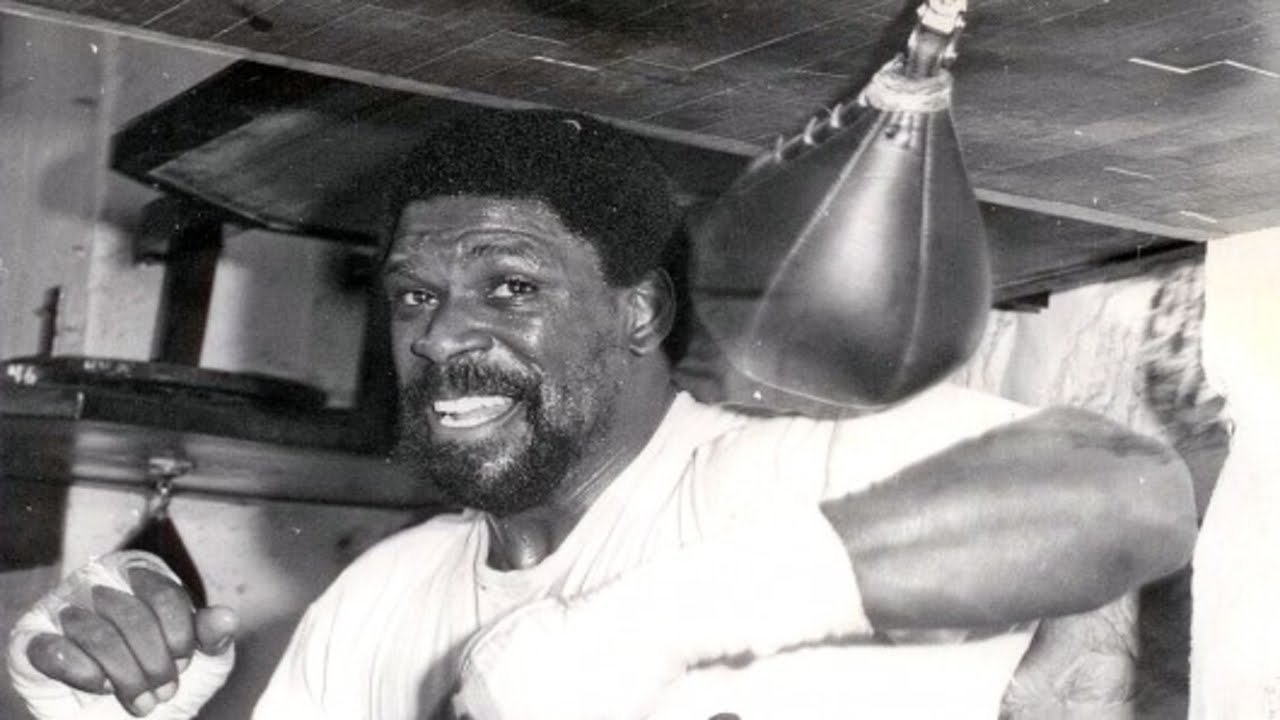 Ron Lyle has one of the most incredible sporting stories of all time. From years in prison to dominating Mohammed Ali for ten rounds, Lyle saw and did it all. In Candace Toft’s biography Off the Ropes: The Ron Lyle Story, she paints a picture of a “soft-spoken and gentle man,” but also one who could come out with bursts like this:

A paradoxical, complicated, and fascinating man.

Ron Lyle was one of nineteen children born to William and Nellie Lyle, in Dayton, Ohio. Ron moved to Colorado as a teenager and grew up on the streets of Denver. He was convicted of second-degree murder aged nineteen after a gang fight, although even late in life Lyle reiterated his innocence. He spent seven-and-a-half years in Colorado State Penitentiary, and it was during this time that he took up boxing. A natural athlete, Lyle was also on the prison football, basketball, and baseball teams.

Despite this, his time in prison was fraught with violence and hardship. In a story that has come to characterize Ron Lyle, he was stabbed by a fellow inmate and his stomach injuries were so bad that a prison doctor signed his death certificate. He later told Howard Cosell, “They had to give me, like, 36 blood transfusions…I was on the operating table about 10 o'clock that morning, and I didn't get off until about 5.30 that evening.”

After serving around half of his 15-year sentence, Lyle was released on parole in 1969. He claimed to have never lost a bout in prison after defeat in his first fight, and after a year of amateur boxing in the outside world, Lyle turned pro at the relatively late age of thirty and won all of his first nineteen professional fights. He was now among the sport’s heavyweights in the 1970s golden era of boxing. In February 1973, Lyle came up against talented and durable Jerry Quayle. Quayle emerged victorious by unanimous decision, but this first professional setback did not deter Lyle. Over the next two years, his record stood at 10-1-1, before a showdown with Mohammed Ali in 1975.

Rubbing Shoulders with the Greats

In May 1975 at the Las Vegas Convention Centre, Ron Lyle fought Mohammed Ali for the WBA and WBC World Heavyweight Title. Ali had taken these titles from George Foreman in The Rumble in the Jungle the year before and was keen to see off the challenge of Lyle. Prior to the fight, Lyle warned Ali that he was aware of his tactics. Ever the master strategist, Ali attempted his rope-a-dope strategy. Lyle was wise to this and didn’t fall into the trap, remaining content with patient jabs. The challenger was going toe to toe with the champion. For ten rounds Ron Lyle matched Mohammed Ali, growing in confidence, and enticing the crowd. Had he been able to beat Ali, it would have turned the sport upside down, shocked the world of boxing betting, and sent the Las Vegas crowd into raptures. Despite being ahead on points, a night of chasing and harrying Ali around the ring took its toll and in the eleventh round the fight was stopped. Typically, the battle-hardened Lyle protested the referee’s stoppage, saying in a 2009 documentary, “I felt I was robbed of the greatest honor in all sport.”

Just four months later, Lyle took on Earnie Shavers in front of a home crowd at Denver Coliseum. Shavers had a reputation as a legendarily heavy puncher, and after the fight, Lyle would go on to say “that's the hardest I've ever been hit in my life…none of them could hit like Earnie Shavers did. When he hit you, the lights went out. I can laugh about it now, but at the time, it wasn't funny.” The crowd expected a knock-out from the two heavy hitters and would not be disappointed; in the sixth round, Shavers was trapped against the ropes, defenseless against a flurry of Lyle right hands and went down.

Buoyed from this win, a bout against George Foreman came next. In January 1976, at Caesar’s Palace, the pair faced off in what would be Ring magazine’s Fight of the Year. Foreman would call this “the toughest fight of my life.” Lyle’s big-hitting style rocked Foreman as early as the first round. The fourth round, however, has gone down as one of the most exciting in all boxing history. Both men hit the canvas, with Lyle downing Foreman twice inside one round. Remarkably, Foreman survived the onslaught and ended the fight one round later with twenty or more unanswered punches. Lyle was down, but his performance has never been forgotten.

Ron Lyle retired in 1980 after a second murder charge (acquitted after it was ruled to have been self-defense) in 1978 caused him to miss a year. He returned to Denver and focused on boxing programs for underprivileged children. The dichotomy of being a fierce slugger in the ring and a charismatic, gentle, charitable man on the outside isn’t unique to Lyle, but it is fitting. A man who used boxing as redemption, to rise from near-death in prison to fighting the Greatest of All Time in Las Vegas, to help disadvantaged children in his home city. Both fortunate and unfortunate to have fought in the golden era of boxing, he undoubtedly would have been a champion in any other era. Belt or no belt, Ron Lyle lived an extraordinary life and left a remarkable legacy.