The Fights You Can’t Miss out on This Autumn 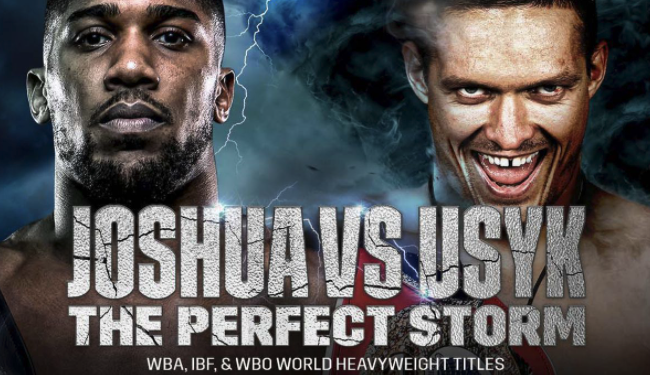 After a long wait, boxing fans will finally have some big names to watch this fall. The top three heavyweights will all be fighting, and it is about time they did so. Anthony Joshua, Tyson Fury, and Deontay Wilder will be giving fans the entertainment and action they deserve when they get in the ring to defend their titles. Now, all we have to do is wait patiently for the biggest boxing fights of the year.

Over 60,000 fans are excited to watch Joshua defend his WBA, IBF, and WBO titles against Usyk on September 25 at Tottenham Hotspur Stadium, London. However, facing a former undisputed cruiserweight champion is not an easy task. Usyk is known for delivering tremendous results, especially when it comes to knockouts. Now that he has put on weight to be able to take down Joshua, it will be interesting to see what his new strategy is.

For fans, the fight is even more intriguing since both boxers have won gold medals at the 2012 Olympics, with Joshua winning the super-heavyweight category and Usyk the heavyweight. Although, at the moment, the odds are in Joshua’s favor, which shows just how unpredictable this sport is. This is reflected by the betting platforms, which offer free bet credits and favorable odds to get potentially reluctant boxing fans onside. A look at this bet365 review, for instance, shows just how much fans are offered, including competitive odds, live streaming, and promotions, to bet on such an uncertain sport. But, as we know, it's that uncertainty that makes for such spectacular matches, and why we tune in year on year.

Now, this is a rivalry that needed to be put to bed a long time ago. The fight, which was initially scheduled for July 24, is one of the most awaited sports events of the year. The Gypsy King Fury will be facing The Bronze Bomber Wilder for the third time in their careers on October 9 at T-Mobile Arena, Las Vegas. Both of them have been training hard for this upcoming match, with Wilder resorting to unusual techniques to ensure his win.

The favorite to win is still Fury, as he was in their last encounter, before being stopped by the referee in the seventh round. The referee stopped the match after Wilder’s co-trainer threw the towel in the ring when thought Wilder was in danger of serious injuries. The decision of that fight created a lot of disputes amongst fans and even professionals in the field, so hopefully, history will not repeat itself and it will be clear at the end who the real winner is.

Apart from the two fights mentioned above, there are a few others that are worth mentioning, including the one of Jamel Herring and Shakur Stevenson on October 23 and Canelo Alvarez and Caleb Plant on November 6. This fall is jam-packed full of boxing events and fans are extremely excited for all of them to finally begin. Who do you want to win?