Who is the current best boxer in the world per weight class? 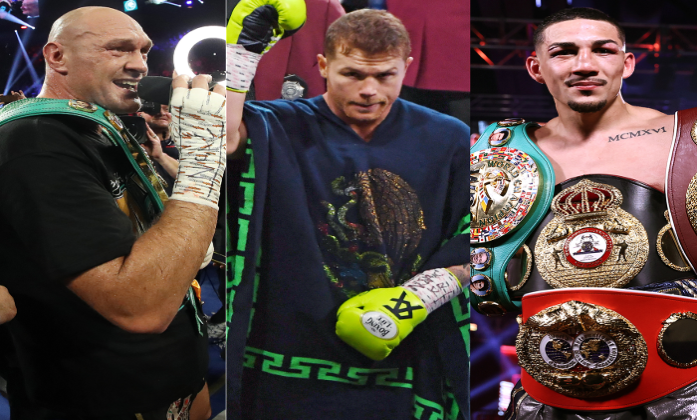 Boxing nowadays has reached new heights with all the incredible talent showing up from all around the world. We have numerous boxers in every weight class who are excelling and showing promise with their hard work and dedication towards the sport.

These players are not only fans favourites, they’re also bettors’ favourites, cause they have odds so high it’s almost a no brainer to bet on them. If one is interested in the world of betting on boxing, they can try searching for information about online Casino Canada on CasinoTop.com

You might know him as Petchmanee CP Freshsmart. This 30 year old Thai pro boxer has held the WBC minimumweight championship title for almost 2 years and has won 36 out of 37 fights throughout his boxing career.

Felix Alvarado is a professional boxer from Managua, Nicaragua. He is the current IBF flyweight champion and has held his position since 2018. He has a record of 37 wins out of 39 matches, and 32 of them were knockouts.

Nakatani is a 23 year old Japanese boxer who is currently breaking the charts with rankings amongst the best in the world, thanks to his 22 wins and 0 losses, 17 of which were knockouts. He has been holding the WBO flyweight title since last year.

Juan Francisco Estrada Romero is a Mexican born pro boxer who is currently world champion in more than one weight class, but we’re focusing on super flyweight, since he holds two championships in the same weight class, that of the WBA, and also The Ring.

Japanese born Naoya Inoue is a world champion in three divisions, the WBA, the IBF and the Ring. He's been holding his titles firmly since 2019 and has an undefeated record of 21 wins with 18 knockouts. He also held junior titles between 2014 and 2018.

Akhmadaliev is an Uzbek beast of a boxer who is currently super bantamweight champion in both the WBA and IBF. He even managed to get the bronze medal at the 2016 Olympics in the bantamweight class. So far he has only had 9 pro bouts, and he won all of them.

Emanuel Navarrete Martinez is a Mexican pro boxer who holds the WBO featherweight title since 2020 and also held the junior featherweight championship title for a couple years earlier on. He has lost only one fight so far out of his 36 bouts.

Mexican born Óscar Rafael Valdez Fierro Jr. is the current holder of the WBC super featherweight title and had held the WBO title for 3 years until 2019. He has a record of 30 wins and 0 losses, with 23 wins by knockout.

Lopez is an American fan’s favourite and currently holds the world lightweight title in four divisions. He’s only 24 years old and has a perfect score of 16 wins out of 16 bouts and a knockout ratio of 75%.

Josh Taylor, also known as the Tartan Tornado, is one of the best Scottish boxers who have ever lived. He has a perfect record of 18-0 and is currently the undisputed world light-welterweight champion holding the title in all five major boxing divisions.

American Errol Spence Jr, is a 31 year old boxer who currently holds the WBC and IBF welterweight world championships. He has a record of 27-0-0 and 21 of which were knockouts.

Jermell DeÁvante Charlo, identical twin brother of Jermall, is a pro boxer from America who has so far won 34 out of 35 matches and holds four out of five world titles, all excluding the WBO championship, which we might see him go for soon.

Gennadiy Gennadyevich Golovkin, commonly nicknamed as "GGG" or "Triple G," is a pro fighter from Kazakhstan. He currently is the world title holder at middleweight, having acquired the IBF championship as of 2019.

We all know him as Canelo. He is currently one of the brightest shining boxers of this age. He holds the world titles in the WBA, WBC, WBO and The ring, and he has won 56 out of 59 bouts, 38 knockouts, and only lost once.

Artur Asilbekovich Beterbiev is a Russian professional boxer. He is currently the light-heavyweight champion, having held the IBF title since 2017 and the WBC title since 2019.

Latvian born Mairis Briedis is three time cruiserweight world champion, after winning the Ring and IBF championships in 2020 and even held the WBC and WBO titles earlier on in his career.

The spot for number one heavyweight is a really tough call since at the moment there are two extremely reliable boxers in the class, both dominating the industry with their fame. Tyson Fury and Oleksandr Usyk, two machines with an incredible career ahead of them.