Is Spence Jr vs Porter On The Cards Again? 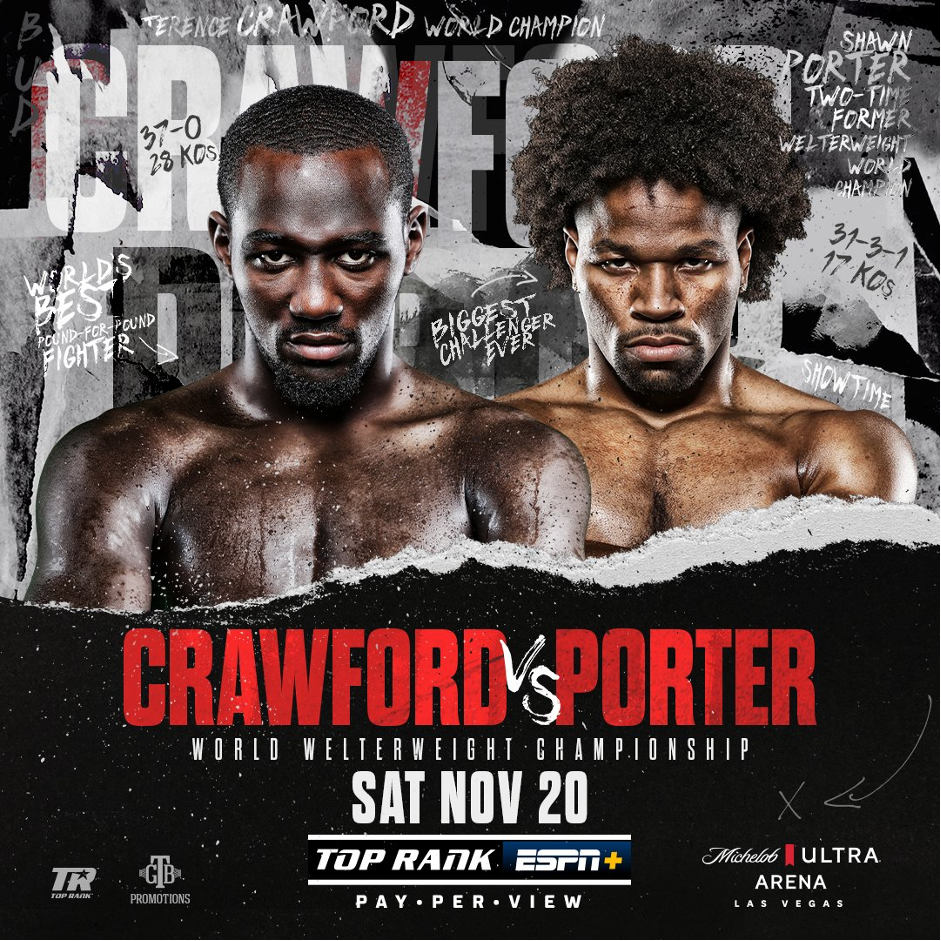 Although the 2021 boxing calendar is soon coming to an end, there is still enough time for some high-profile fights to be scheduled before the turn of the year and one of those is the bout between Terence Crawford and Shawn Porter.

While when it comes to Porter, if you were to ask any boxing fan what was one of the best fights of 2019, the answer would be the clash between Errol Spence Jr and Shawn Porter. With Spence Jr winning by virtue of split decision, there is still some unfinished business to deal with.

schedule at the time of writing, it is certainly something that Porter is pushing for – if only to find an element of sporting redemption.

Because when any boxer loses a fight, it is always something of a rather bitter pill to swallow and even more so, when that boxer has not been knocked out after 12 rounds of arduous action in the ring.

A pill that the now 34-year-old Porter had to swallow two years ago and although the record states that he was the lesser man in Los Angeles, the decision would only come from a point of subjectiveness rather than fact.

As when you leave a decision in the hands of three men or women who have not stepped in the ring and are perhaps watching a fight through their own hyper-critical lens, it has a habit of painting a different picture to what the rest of us see.

A picture that if ‘Showtime’ was painting, would have him installed as the winner at the Staples Center two years ago and in doing so, would have put him possession of both the WBC and IBF welterweight titles.

Of course, that painting was not crafted by the destructive hands of the Cleveland-born fighter and with his WBC belt then changing hands to the possession of Spence Jr, it left him having to suffer a third professional defeat of his career.

A defeat that would have had many bettors bemoaning their luck and it would be anguish for those backed the now 31-year-old Spence Jr, they would have dealt a knockout blow.

A blow that Spence Jr himself failed to deliver on the night and because of this, there is a sense that the job is only half done and although he can point to the two title belts that are in his possession, there will always be an element of whispering in the background.

Whispering that will only disappear, if the two men in question can once again share a ring in anger and if there is genuine winner next time around – one that does not need the judges to decide, then the debate could be ended once for all.

That is unless, the sporting redemption that Porter is searching for is then found and if this pair of pugilists can make it one win each when facing each other, then there will only be further clamour for a third and final duel.

At the same time, that could be considered crystal ball territory and before a trilogy or even a rematch for that matter takes place, there is some other business that one of these two has to attend to first.

With Terence Crawford lined up to face Shawn Porter next week, it offers a potential route back into the welterweight division and with the WBO title on the line, plans to unite the weight class could soon become more realistic. However, Terence Crawford opens as a heavy betting favored (-650) going into the fight. So seeing as Porter is the live dog, this might be a good time to look for sportsbook bonuses if you're feeling lucky and want to get in on the action.

Should Crawford lose his WBO prize, then it would be that the two men who squared off two years ago would then hold three titles in this division and then a potential rematch is worth even more.

It would not quite unify the division, but it would at least offer an opportunity for one man to call himself the undisputed welterweight king and with a rightful rematch being demanded, it would be very hard for ‘The Truth’ to ignore such a claim.

A claim that the boxing world is also adding weight to and with so many fights slipping through the fingers of promoters, fans of both parties have been taking to social media in a bid to move the plans along.

Then again, these plans could be blown out of the water, if the 34-year-old Crawford keeps hold of his title in just a few days and if he wins a 38th career fight from 38 attempts, then he will launch his own bid to become undisputed within the welterweight class.

Which means that Spence Jr will simply sit back and watch this upcoming fight unfold in front of his very eyes and whoever is the winner at the Michelob Ultra Arena, they will then face the welterweight kingmaker when sitting round the negotiating table.