Amir Khan hangs up the gloves - retires from boxing 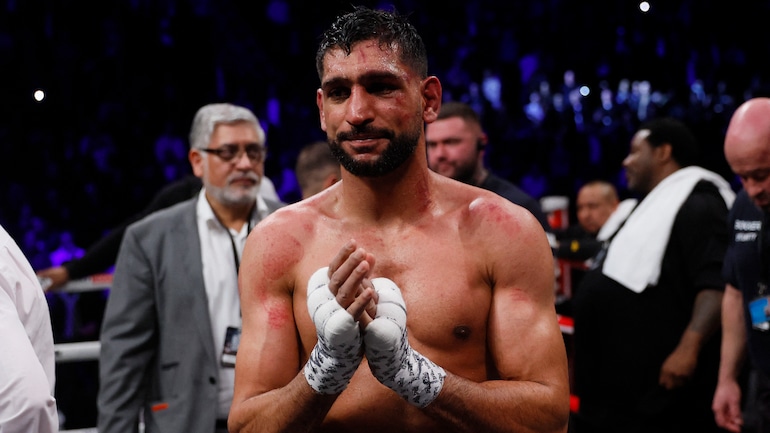 Khan (34-6, 21 KOs), who captured a silver medal at the 2004 Olympics when he was 17 years old, defeated Ukrainian Andriy Kotelnyk in 2009 to capture the WBA title and became the unified titleholder when he stopped Zab Judah.

"It's time to hang up my gloves," Khan, who turned professional in 2005, said on Twitter. "I feel blessed to have had such an amazing career that has spanned over 27 years.

"I want to say a heartfelt thanks and to the incredible teams I have worked with and to my family, friends and fans for the love and support they have shown me."

Khan's final fight was against long-time rival Kell Brook, who brutally stopped him inside six rounds in Manchester in February.

The 35-year-old becomes the latest British boxer to hang up his gloves after Brook announced his retirement last week.