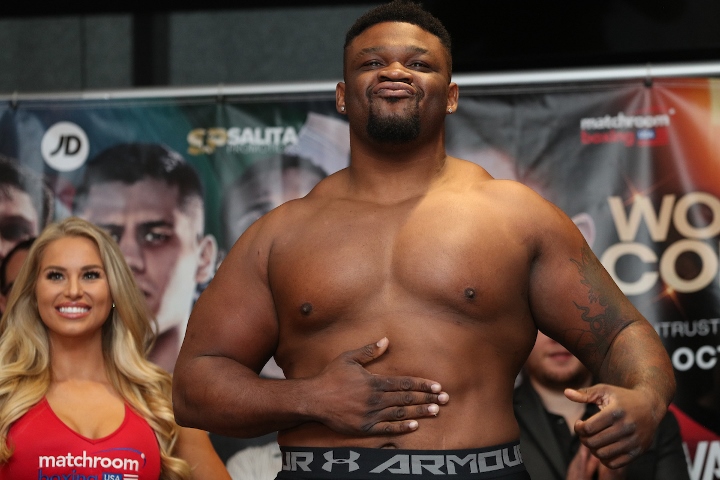 The event will take place as part of the WBA’s two-day KO Drugs Festival.

Miller (23-0-1, 20 KOs) has not fought November 2018 due to a laundry list of drug test failures. The Brooklyn-based Miller literally urinated his shot at the heavyweight titles in 2019 when he tested positive four separate times for performance enhancing drugs weeks prior to his announced bout against then-undefeated unified champion Anthony Joshua.

Andy Ruiz Jr. stepped in his place and knocked out Joshua in a fourth-round upset.

Miller has been out of the picture since. The 33-year-old inked a promotional deal with Top Rank and was set to return in a comeback fight against Jerry Forrest, but failed another PED test for the sixth time in his career and the fight was scrapped. Miller initially claimed in May 2020 that the failed test was caused by a stem cell shot he took, which is banned, to deal with a recurring issue with his elbow. Four months later, he changed his story and blamed the positive test on a sexual performance pill, which is also prohibited.

As a result, the Nevada State Athletic Commission banned Miller for two years, and he was eligible for a license beginning June 17 but only if he continued producing negative drug tests through VADA's random drug testing program.

Miller, who hasn't fought since Nov. 17, 2018, when he knocked out Bogdan Dinu in four rounds, was scheduled to box on a Triller Fight Club on June 25, but that ultimately fell through.

The 29-year-old Bracamonte (11-7, 6 KOs) was outpointed by Demsey McKean in February.