Canelo wanted to take Bivol rematch over trilogy with Golovkin 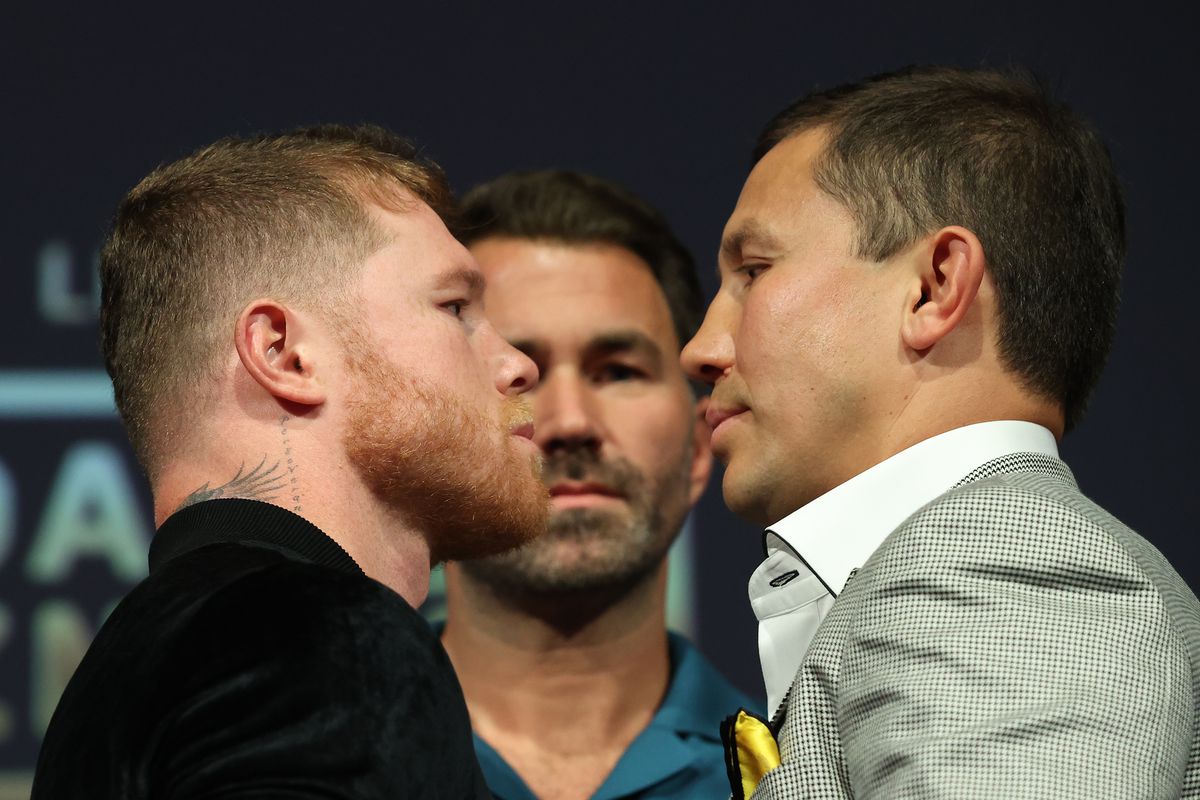 If Canelo Alvarez had a choice, he would be facing Dmitry Bivol again in September.

However, the Mexican superstar and current undisputed super middleweight champion already had signed a deal to face longtime rival Gennadiy Golovkin in a trilogy bout on September 178 at T-Mobile Arena in Las Vegas. The fight will be contested at 168-pounds, which means Golovkin, a two-time middleweight champion, is moving up in weight with a chance to win Alvarez's four belts.

In May, Alvarez was dominated by the unbeaten Bivol in a quest to become a two-time light heavyweight titleholder in Las Vegas. Although all three judges scored the fight 115-113, most ringside observers had the Russian winning at least 9 of the 12 rounds.

Alvarez stated Monday in Manhattan that a rematch with Bivol was his preference, but his promoter, Eddie Hearn, advised him to fight Golovkin first.

“Of course, nobody likes to lose,” Alvarez said. “I always have motivation for boxing, for every single fight.

“We have this deal with Eddie for these two fights but, I just tell Eddie the next day, I want the rematch the Bivol fight in September. But [Hearn told me], ‘No you have [a signed contract] to fight with Golovkin and then we can see.’”

They first fought to a controversial draw in September 2017. But leading up to their originally scheduled rematch, Alvarez twice tested positive for the banned substance clenbuterol and was subsequently suspended for six months by the Nevada State Athletic Commission.

The former friends then turned into full-fledged enemies. Golovkin accused Alvarez of injecting himself with illegal substances and even went as far as to include his ex-promoter, Oscar De La Hoya, as a career-long drug cheat.

Alvarez beat Golovkin in their September 2018 rematch by majority decision, albeit a majority of ringside observers felt 'GGG' edged Canelo in a much closer bout than the original.

If Alvarez defeats Golovkin in September, the 31-year-old will pursue a rematch with Bivol next spring.