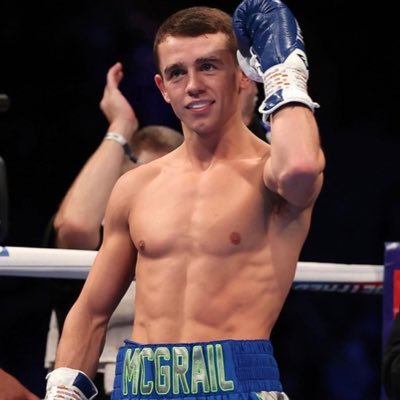 Peter McGrail aims to pick up an army of new fans as he fights in Sunderland next month before a potential homecoming title shot.

The brilliant Liverpool puncher has a fifth professional fight at the Stadium of Light, on Sunday July 17 as part of a Phil Jeffries promotion.

McGrail has been in dazzling form since progressing from the amateur ranks and says after he comes through his Sunderland assignment, he will be ready for the first title fight of his pro career, which he hopes will be in front of his home fans in Liverpool.

The buzz around the super bantamweight is growing with each fight and McGrail wants to have more fans on board by the time he has left the North East.

“It’s great to be fighting in a new city and I’m going to use the opportunity to win a few more fans,” McGrail said.

“I’ll be using this fight in Sunderland as a warm-up for a return to Liverpool later in the year and I am pushing for that to be a title fight.

“I’m 26 and there is no point in waiting around. I did pretty much all I could do in the amateur game and so far in the pros, I am beating my opponents comfortably. So, it is time to push on and hopefully I can set up that title fight landing another KO, at the Stadium of Light.”