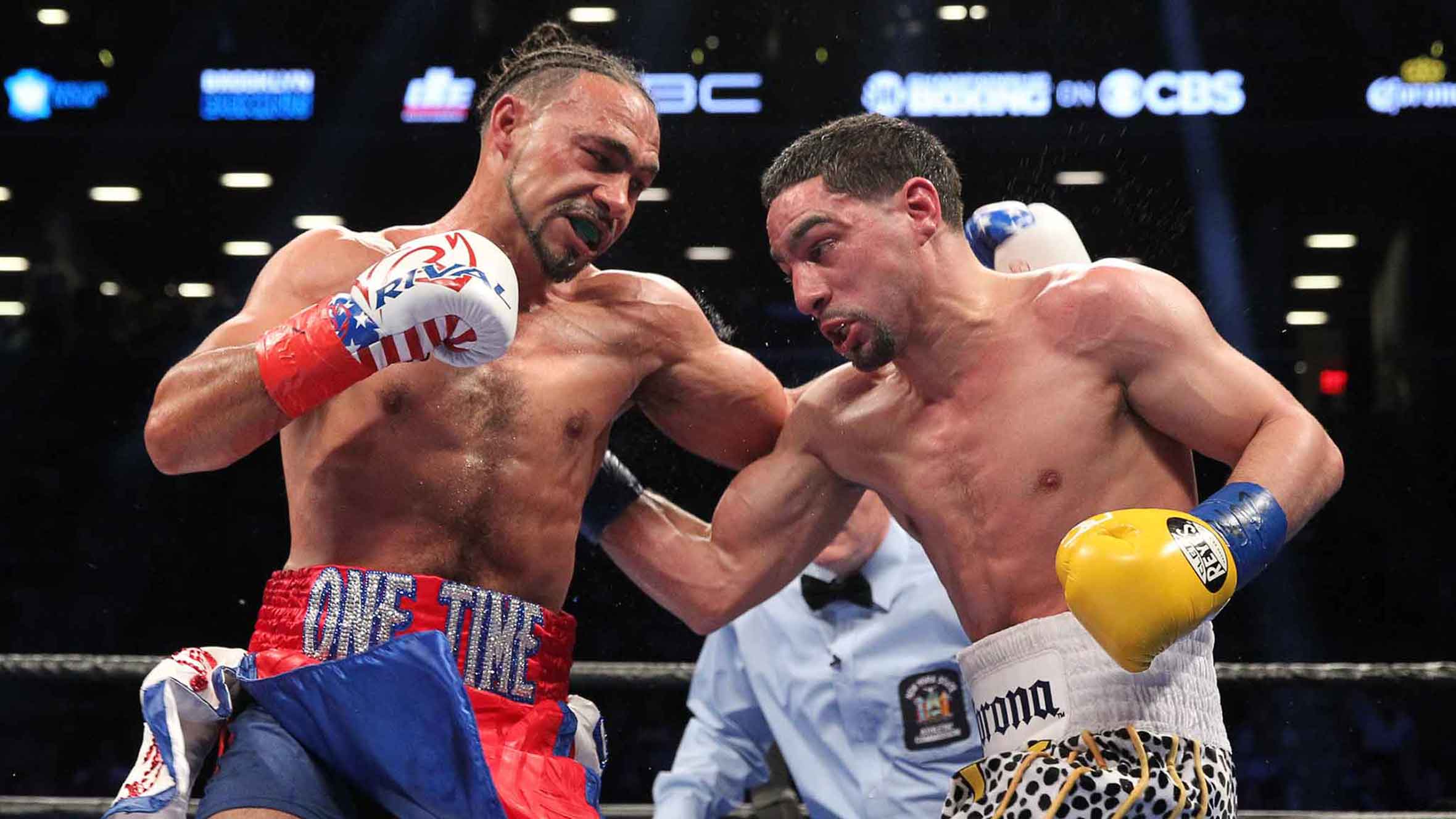 The former welterweight champion issued a stern piece of advice after Garcia expressed interest in a rematch of their fight in 2017 that saw Thurman pick up a split decision win, although a majority of ringside observers saw Thurman win handily. Garcia brought up the idea of a sequel following a successful debut at junior middleweight, where he outpointed Jose Benavidez Jr. last Saturday at Barclays Center in Brooklyn.

Thurman reminded Garcia that he was able to defeat him while suffering an elbow injury, which kept him out of the ring for two years following their bout.

“I’m too pretty, I’m too blessed,” Thurman said on social media. “Danny Garcia can never pass the Keith Thurman test! I beat that boy with bone spurs, you see, I wasn’t even at my best. Look man, my IQ is even higher, his feet are slow like a flat tire. Be careful what you wish for. You silly Philly boy. This is not a game, it’s not Street Fighter — but I will still hit you with that yoga fire!”

Although Thurman seemed to dismiss the idea of fighting Garcia again, he indicated to FightHub that he would be willing to face Garcia in a rematch at some point. He also praised Garcia for his past achievements, particularly his reign at 140-pounds, where he picked up signature wins over Lucas Matthysse and a prime Amir Khan. Thurman believes both he and Garcia deserve enshrinement in the International Boxing Hall of Fame.

“I love Danny, man, he accomplished so many great things in his career,” Thurman said. “Obviously he ran into some hurdles that couldn’t leap over at 147, me being the first one. But at ’54, you know, to me, there’s not a lot in it for Danny to be at 154 besides the continuation of the legacy.

Thurman, who hasn't fought since scoring a 12-round unanimous decision over Mario Barrios on February 5 in Las Vegas, said he would consider moving up in weight to fight Garcia again, as long as it pleases the fans. The former unified welterweight world champion expects to be back in the ring by October, at the earliest.

"I can play jump rope," Thurman, 33, said. "We can do whatever is good for the fans. I can compromise to make a good fight happen. But right now I’m ready to go. I been ready to go. I don’t know when he’s going to get back into the ring.

"At the end of the day I think it’s a good fight. I’m surprised it took him this long to really bark at the rematch. It was a tremendous fight when it happened, man. I had a great rivalry with him.

"I don’t think they have a real strategy and the capacity to override what I bring to the table, man," Thurman said of Garcia and his team. "It’s a chess match and I’m a grandmaster."