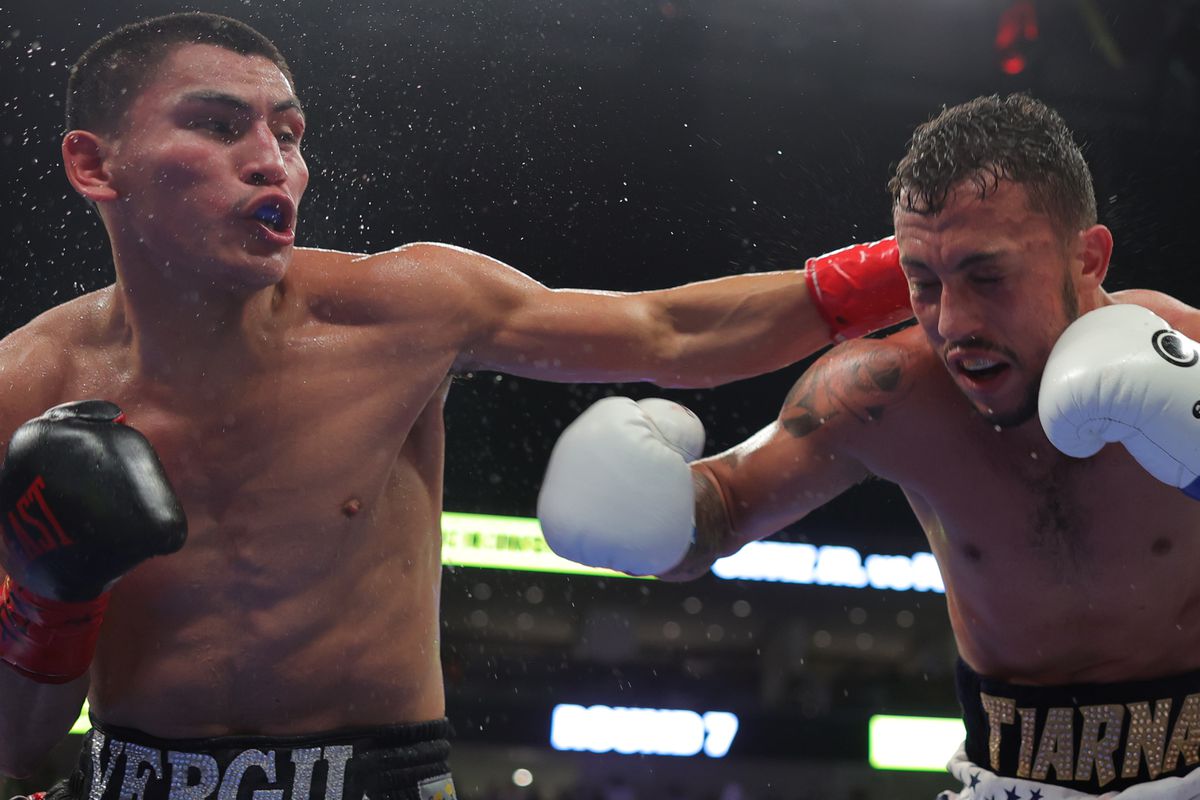 Vergil Ortiz Jr. is back where he belongs.

The unbeaten welterweight contender overcame a slow start to score a ninth-round stoppage of previously unbeaten contender Michael McKinson Saturday at Dickies Arena in Fort Worth, Texas, to expand his KO streak to 19 fights.

Although Ortiz picked up another knockout, he was critical of his own performance.

"The first seven rounds, I didn't really do anything good," Ortiz said in the post-fight interview with DAZN. "I had to adjust big time. I should have listened to my corner from the beginning. But I listened and we got it done."

But nonetheless, Ortiz gave his hometown fans a treat as he retained his status as the WBO and WBA's No. 1 contender in the 147-pound division. However, with Errol Spence Jr. and Terence Crawford in negotiations for a potential mega fight in the fall, Ortiz could be the odd man out. But should the bout fail to materialize, Ortiz could find himself in the driver's seat.

The southpaw McKinson proved to be a difficult opponent for Ortiz -- for the first half of the fight. He was slick on the outside and bloodied Ortiz in the opening round from an accidental headbutt.

But once Ortiz began tagging McKinson to the body, it was game over. Ortiz dropped the Englishman with a left hook to the body in the eighth round and went down again from the same punch at the beginning of round nine.

Ortiz understands the boxing business. As a result, he didn't waste his breath calling out Spence and Crawford, but the rising star made it clear he is willing to fight anyone.

"As long as they're involved with my path to a world title, I don't care," Ortiz Jr. said.

In the chief support, Marlen Esparza successfully defended her WBA and WBC flyweight titles against Eva Guzman, winning a lopsided 10-round unanimous decision