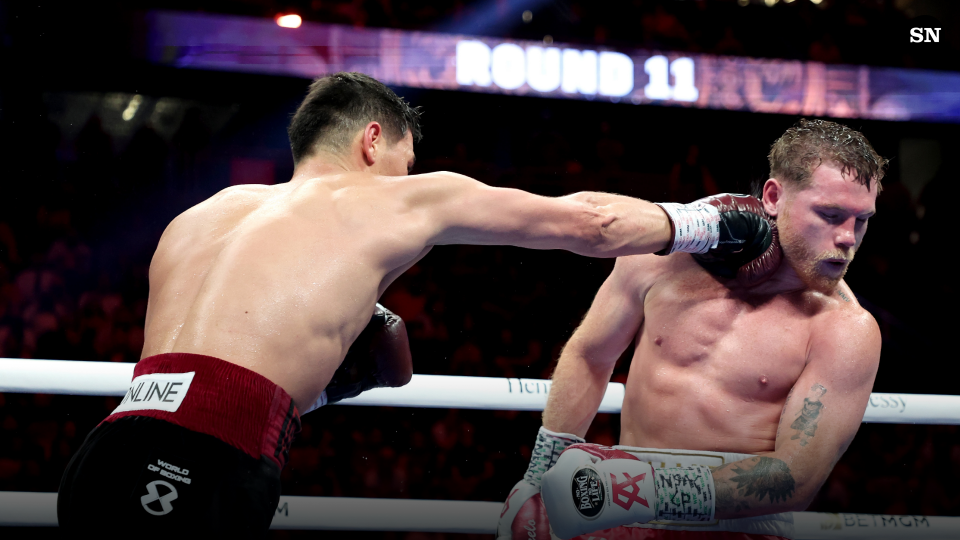 LAS VEGAS – Canelo Alvarez made it clear that he still has unfinished business with Dmitry Bivol.

If it were up to Alvarez, he would’ve fought Bivol again Saturday evening at T-Mobile Arena. However, the undisputed super middleweight world champion had already signed a contract to face Gennadiy Golovkin for a third time. Furthermore, DAZN committed roughly $65 million in guarantees to make the trilogy fight, thus, Alvarez will have to get through his arch-nemesis before pursuing a second shot at Bivol.

“I really wanted the rematch in September,” Alvarez told a group of reporters Wednesday at MGM Grand.

“But Eddie Hearn said we have the contract to fight Golovkin in September, and we need to do that fight. So, that’s why we are here. And I’m happy.”

Hearn’s Matchroom Boxing is Alvarez’s promoter and has an exclusive contract with DAZN, which has streamed seven of his last eight fights.

Although Alvarez agreed to fight Golovkin prior to taking the loss against Russia’s Bivol, some have still gone as far as to say that the Mexican superstar is avoiding a rematch with the WBA champion. Alvarez reiterated that he still wants another crack at Bivol.

“I really want it,” Alvarez said, “but ultimately, my team and I decided to fight Golovkin.”

Alvarez (57-2-2, 39 KOs), of Mexico, and Golovkin (42-1-1, 37 KOs), from Kazakhstan, first fought to a disputed split draw in 2017. They were initially slated to fight again in May 2018. However, in February, Canelo twice tested positive for the banned substance clenbuterol. As a result, the Nevada State Athletic Commission suspended Alvarez for six months.

The sequel was rescheduled for September 2018, which Alvarez won by majority decision in a very close, competitive fight. (114-114, 115-113, 115-113 on the scorecards). Both of those bouts were contested at middleweight.

But this time, it’s a new decade and weight class.

Golovkin, a 2004 Olympic silver medalist and a career-long middleweight, will move up in weight for the first time. At Friday’s official weigh-in, Alvarez tipped the scales at 167.4 pounds, while Golovkin checked in at 167.8 pounds.

Most scorebooks list Alvarez as at least a 5-1 favorite to score a second win over Golovkin.