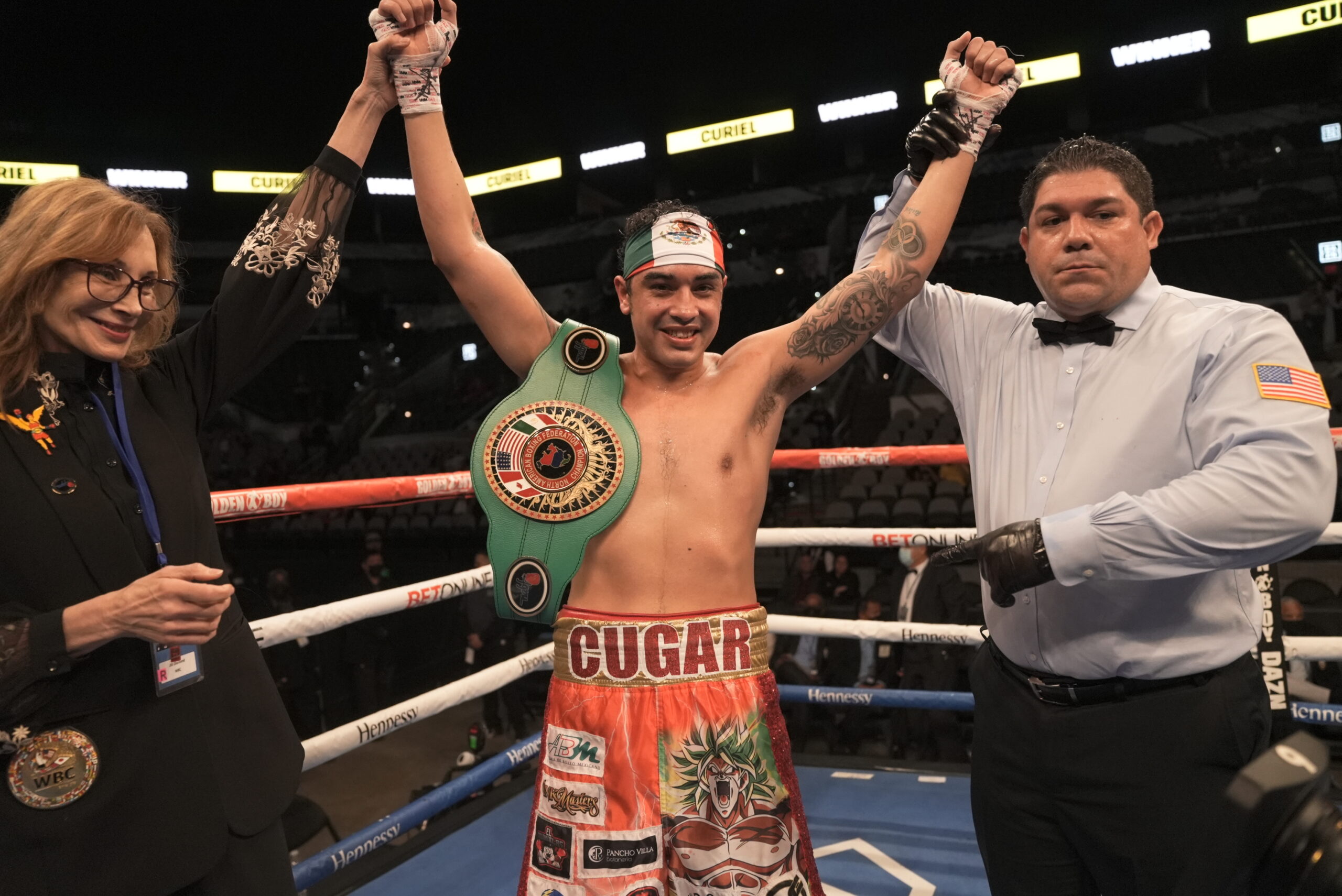 The scheduled 10-round scrap will take place on Saturday, December 17 at The Commerce Casino and Hotel and will be broadcast worldwide on DAZN beginning at 6:00 p.m. PT.

“I am excited to be the main event for this fight card. I have been waiting for this next step in my career and I can’t wait to demonstrate to everyone who I am, my potential and that I can fight in the big leagues,” said Raúl Curiel. “It’s been a long year, and I have been training hard these past three and a half months. I am very prepared to defend my NABF title that I have worked very hard to earn. I look forward to continuing to climb the rankings to one day contest for a world championship.”

Tickets for Golden Boy Fight Night: LA Edition will go on sale Wednesday, November 30, at 10 a.m. PT and are priced at $75, $50, and $30 not including applicable service charges. Tickets will be available for purchase at GoldenBoyPromotions.com.

Just signed to his new promotional home at Golden Boy, Monterrey, Mexico’s Aaron Silva (10-0, 7 KOs) will be looking to impress in an eight-round super middleweight fight against Alan Campa (18-6, 12 KOs). One of Golden Boy’s fan-favorites, Jousce “Tito” Gonzalez (13-0-1, 12 KOs) of Glendora, California will participate in a 10-round super lightweight fight against Ivan “Macanon” Cano (26-10-2, 16 KOs) of Mexico City, Mexico.