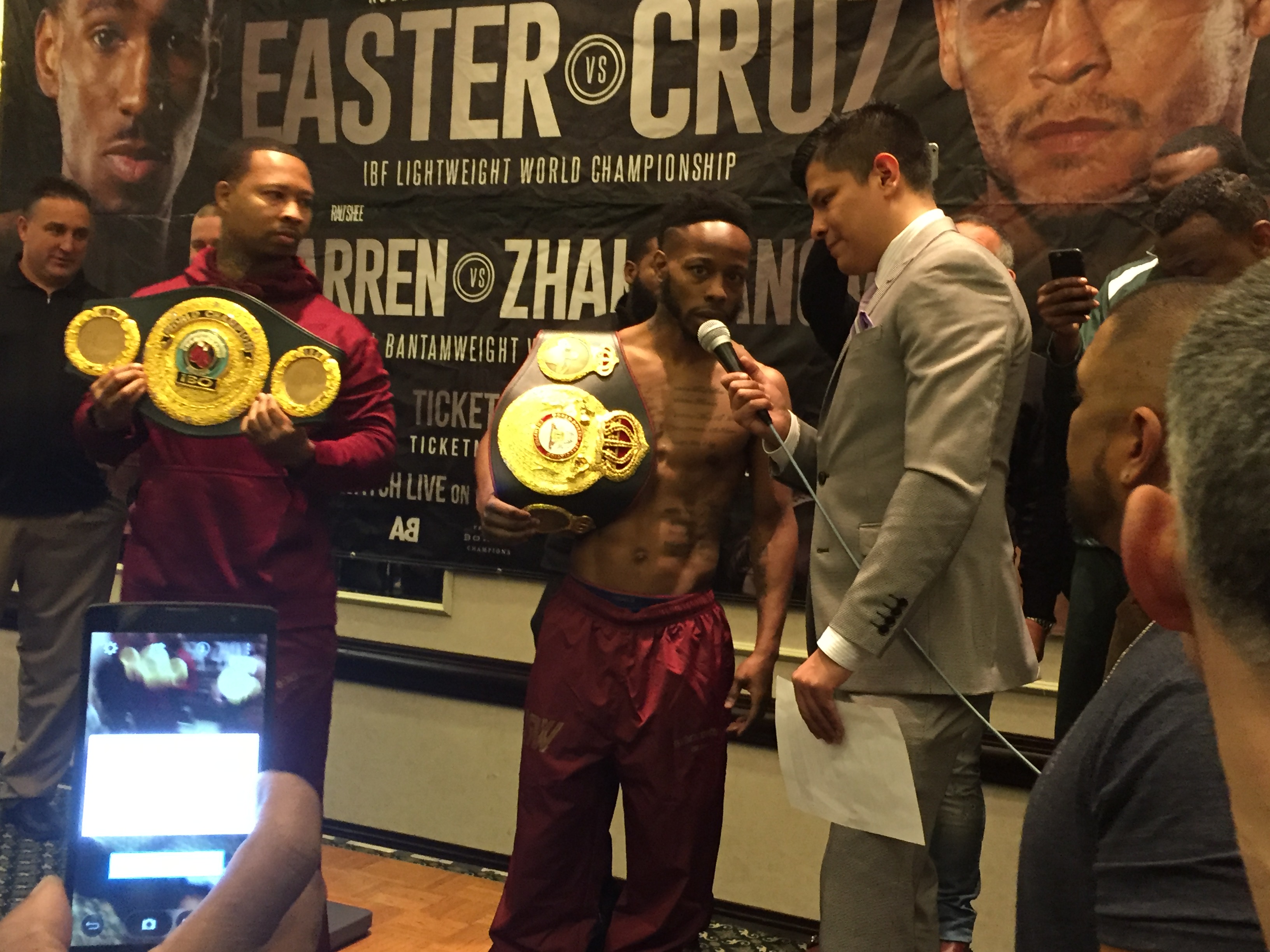 Headlining the show, local hero Robert Easter Jr puts his unbeaten record and lightweight title on the line as he faces Puerto Rico's Luis Cruz. Easter tipped the scales at 134 lbs for his first title defense, while Cruz checked in at 134.5 lbs. for his first shot at a world title.

Easter Jr. fights in his hometown for the first time in his pro career, making the first defense of the crown he won in a 12-round thriller with Richard Commey last September.

Cruz hasn't fought since a hard-fought 10-round draw with Ivan Redkach last April.

In the evening's co-feature, Easter's stablemate Rau'Shee Warren makes the first defense of his bantamweight crown as he faces Kazakhstan's Zhanat Zhakiyanov. Both boxers were actually closer to the super flyweight limit than the bantamweight limit. Warren came in at a ripped and lean 116 lbs., while Zhakiyanov checked in at a rock solid 116.5 lbs.

Warren the only U.S. boxer in history to compete on three Olympic teams - won the title with a 12-round majority decision victory over Juan Carlos Payano in their 12-round rematch last June. The well-traveled Zhakiyanov - who surprisingly makes his U.S. debut - hasn't fought since a 12-round split decision victory over Yonfrez Parejo in November 2015. The Kazakhstan-born boxer trains with former two-division world champion Ricky Hatton, who also doubles as his promoter.