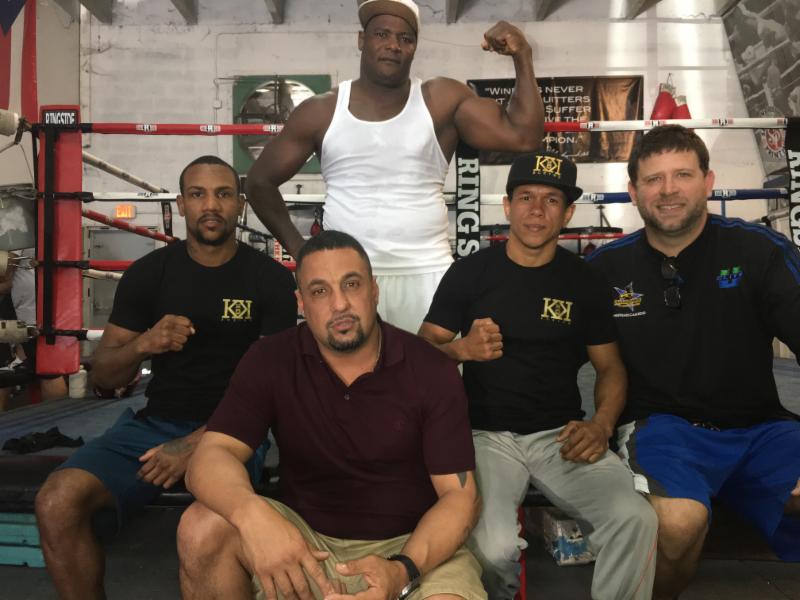 The deal frees Caicedo, who formerly held both duties with the three fighters since their amateur days, to focus solely on training, while Jimenez takes the reins over furthering their careers in the professional boxing business.

32-year-old southpaw Payano (18-1, 9 KOs) won the WBA strap in September 2014 by stopping long-time world champion Anselmo Moreno. He then defeated and lost a rematch to Ohio's Rau'shee Warren. He was last seen scoring a TKO 7 over Isao Gonzalo Carranza in January of this year.

"King Kong Boxing exploded on the scene with (former interim WBA Heavyweight Champion) Luis Ortiz and has fast-tracked the careers of several Cuban fighters," said Payano. "I am very happy to be working with Jay Jimenez. And my trainer Herman has always been very honest with us and protected us from the sharks in boxing. Through his philosophy of hard work and dedication, I became a world champion. I am happy he will now be able to concentrate on training, which he is the best in the world at."

"Joining the King Kong team is great, but as we see it, we have been part of this team for some time," said Marrero. "Jay has always helped us with anything we needed. It's just official now. King Kong Boxing Management is looking to bring more superstar elite fighters to boxing's forefront, through aggressive marketing and strategic alliances with top promoters in the business."

Vicente (30-3-2, 22 KOs) is one of the world's most exciting fighters. Currently riding a five-fight winning streak, the power-punching 30-year-old is a television favorite for his all-action fighting style.

"Herman has done a great job with my training and my career," said Vicente. "He has worked very hard for me and all his fighters. Now he will get some expert help from King Kong Boxing Management. I am looking forward to a very bright future working with these two great men."

Payano, Marrero and Yenifel Vicente are superstar, elite-level fighters," said Jimenez. "Payano is a former champion, Marrero a soon to be champion and Vicente on a fast track to becoming a champion as well. This is exactly what King Kong Boxing is interested in signing: the very best. I have no doubt that Payano will once again become champion this year. Working with Herman is easy and inspiring. He brings the same approach to his training that I do to management. He is professional, smart, and a no-nonsense worker."

"I am very sad and ecstatic at the same time," said Caicedo. "I have been a trainer/ manager for over 23 years and believe that the only way to develop a champion is to avoid the distractions in boxing, such as when some managers change coaches like they change underwear. Unfortunately, most of the time fighters don't have a say due to financial restraints or influence the manager might have. I did away with that as much as possible by doing most of the managing myself. King Kong Boxing is, by far, the best management team in the business. These three fighters are special to me because we debuted as pros and became champions together. But I have zero doubt I made the right decision for the guys' career and future. I want to thank Jay from King Kong Boxing for the trusting in me to work with his fighters over the past few years and for having the vision in the signing of his newest additions."