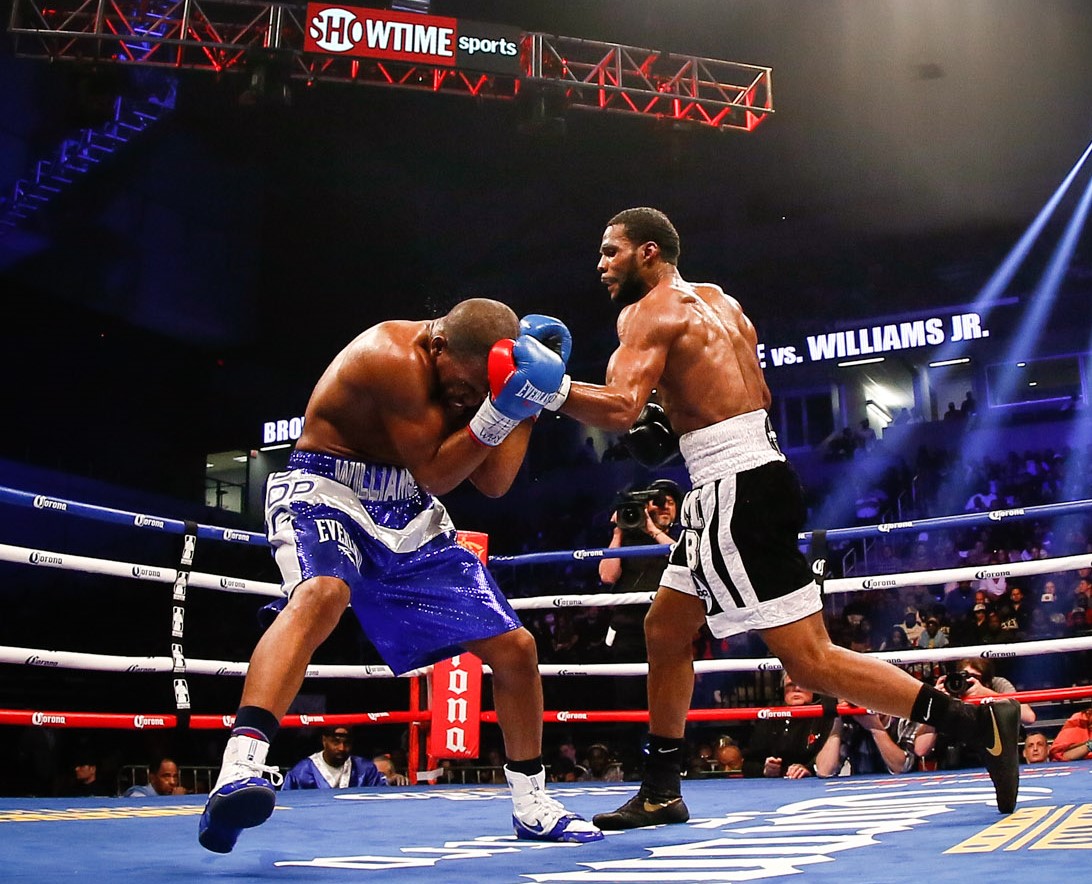 CINCINNATI--The road to recovery for any boxer following a grueling ring affair is only further proof of how far too much emphasis is placed on wins and losses in the grand scheme of things. Thomas Williams Jr. is just the latest example of how true this continues to ring.

The veteran light heavyweight contender remains hospitalized after having to undergo emergency surgery to wire shut a broken jaw suffered in his 6th round knockout loss to Marcus Browne. The bout opened a tripleheader which aired live on Showtime from the Cintas Center on the campus of Xavier University in Cincinnati, Ohio, but the setback could have very well ended Williams' days as a player in the light heavyweight division.

"I'm good," Williams Jr. offered to FightNights.com, his ability to communicate obviously limited at present moment as he remains held for observation at a nearby hospital. The surgery was successful, but the road to recovery means his having to remain in Cincinnati a few days longer than expected as his current condition leaves the boxer unfit for air travel back home to the greater Washington D.C. area.

A broken jaw was only part of the damage suffered by Williams Jr. (20-3, 14KOs) over the course of his six-round clash with Browne, an unbeaten 2012 U.S. Olympian from Staten Island. Controversy swirled in round two, when Browne scored what appeared to be a clean knockdown on the strength of a right jab. The undefeated southpaw was overzealous in the follow-up, claiming to be unaware that Williams - on one knee and covering up while on the canvas - was down as he cocked back and landed a blatant foul behind the back of his opponent's head.

Williams Jr. went down face-first from the shot, and took nearly all of the allotted five-minute recovery period to shake off the foul. Browne (19-0, 14KOs) was deducted one point for the infraction - one where many observers felt he should have been disqualified - but moved past the moment and controlled most of the rest of the bout.

Two clean knockdowns followed, one midway through round four and then in the early portions of the fateful sixth round. The latter blow was the final touch on the damage sustained by Williams Jr., who was as gracious as he could be in defeat before being ushered off to the hospital for immediate care.

"It wasn't my night. The blow to the back of the head changed everything," Williams Jr. said afterward. "But credit to Marcus Browne, I wish him well."

The setback comes seven months after Williams Jr. - whose father was a heavyweight boxer in the 1990's - was valiant in defeat when the now 29-year old southpaw was stopped in four rounds by reigning World light heavyweight champion Adonis Stevenson last July. The concern over the course of Saturday's affair was the amount of punches he absorbed and his level of resistance moving forward.

For now, the only concern is one of the sport's most personable figures healing up and heading home.