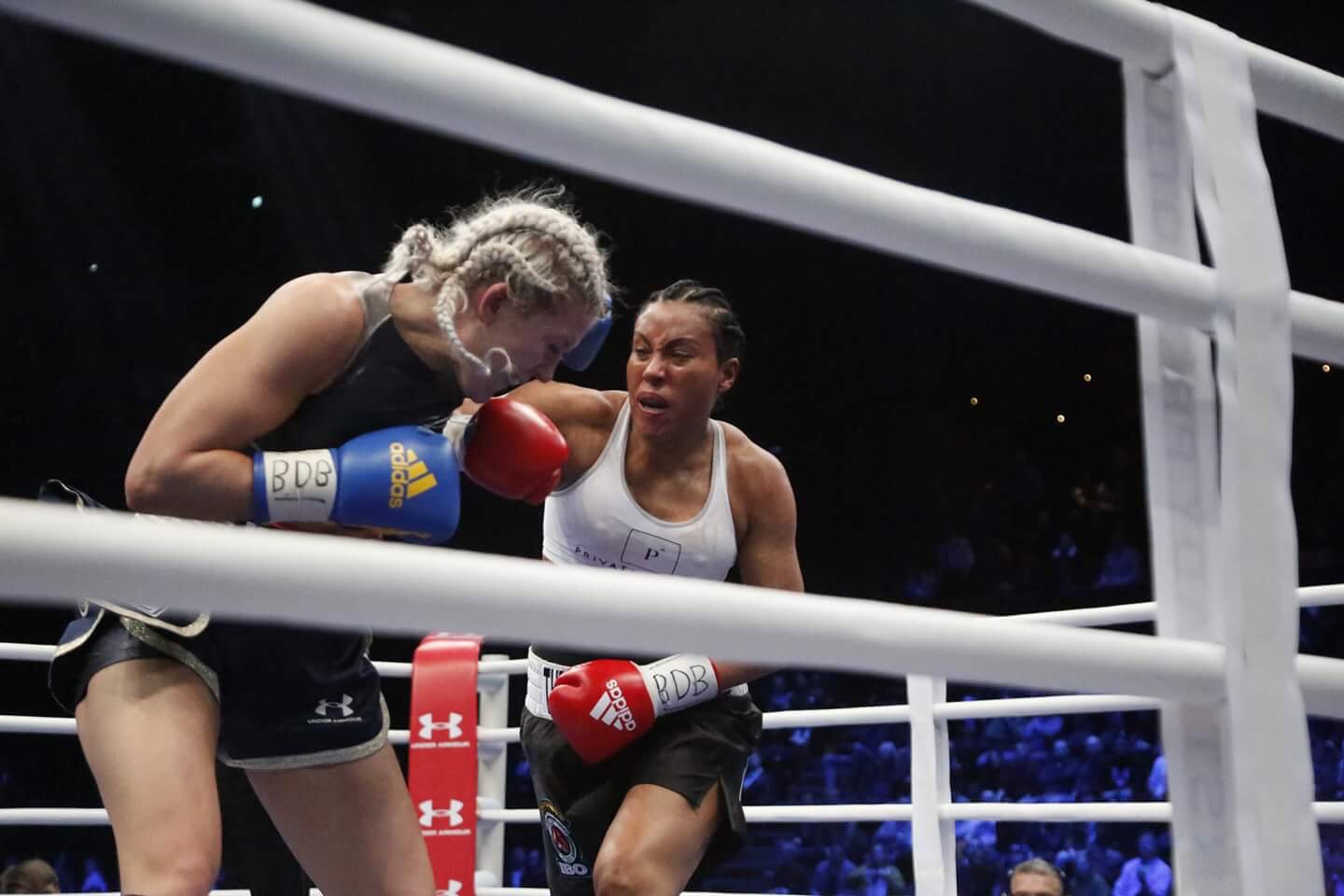 Cecilia Braekhus has long sought a challenge at the top. The only threat posed to the pound-for-pound queen over the weekend was at the scales.

The only true undisputed world champion in the sport today, Braekhus moved past her struggles to make weight for her latest bout, looking every bit like the best female boxer on the planet in a 10-round shutout of Karla Svennson. Scores were 100-90 twice and 99-91 in their World welterweight championship bout Friday evening in front of a sold-out crowd of more than 10,000 at The Spektrum in Oslo, Norway.

“I’m very happy with my performance, my continued work with trainer Johnathon Banks has made me more aggressive and while I’ve kept a little bit of the old style, it’s really made me into a new fighter,” said Braekhus. “The response from the people of Norway has just been overwhelming the last six months between the two fights. It’s really been an electric atmosphere, a big gift to me.

“While I would have liked to score a knockout, it was also great to show more of my new skills and give the fans a show. I love being a boxer, this is what I always wanted since I was a little girl, boxing is like nothing else in the world."