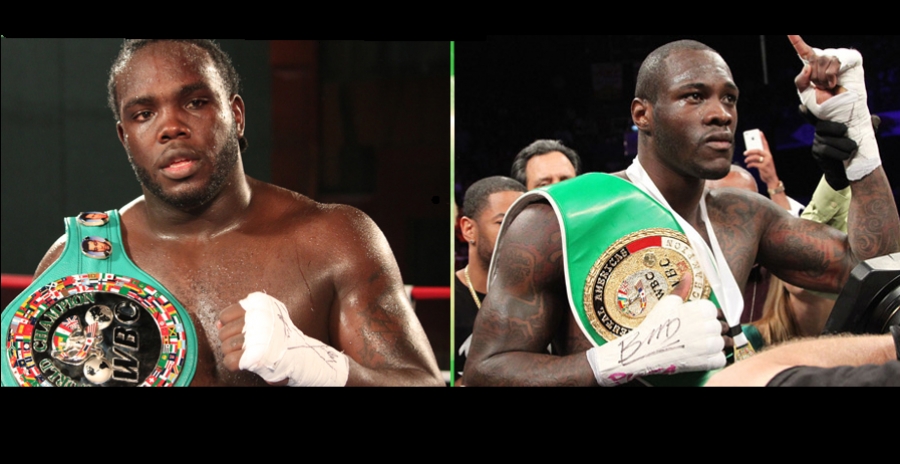 Deontay Wilder barely had time to soak in his latest in-ring victory before learning of his next mandated assignment.

Less than 24 hours after scoring a 5th round knockout of Gerald Washington for the fifth defense of his heavyweight title, Wilder has been ordered by the World Boxing Council (WBC) to next defend versus Bermane Stiverne. The bout - should it come to fruition - will be a rematch to their Jan. '15 clash, in which Wilder won a unanimous decision to win the title.

According to WBC President Mauricio Sulaiman, the two sides are due to begin 30-days free negotiations on Monday. Should they fail to come to an agreement, a purse bid hearing will be scheduled for March 29 at a location to be determined, though likely WBC headquarters in Mexico City.

Wilder (38-0, 37KOs) has yet to make a mandatory title defense, though not by his own doing. The unbeaten Alabama native - who captured a bronze medal during the 2008 Beijing Olympics - was due to face Alexander Povetkin last May in Moscow, Russia. The heavyweight title fight fell apart a week prior to the event when Povetkin tested positive for Meldonium during random pre-fight drug testing in compliance with the WBC Clean Boxing Program.

His trip halfway around the world for naught, Wilder wound up with another homecoming as he faced - and knocked out - Chris Arreola last July at Legacy Arena in Birmingham, Alabama, The win came at a heavy price, as he suffered a biceps tear and an injured right hand, having to sit out for the rest of 2016 before returning to the very same venue last weekend.

The win over Washington was his fifth successful defense, all coming inside the distance. The only opponent to extend Wilder to the scorecards has been Stiverne (25-2-1, 21KOs) - although the 38-year old contender hasn't done much else to earn the shot.

It's been more than a year since Stiverne was last seen in the ring, suffering an early knockdown and struggling mightily in a 10-round decision over journeyman Derric Rossy in Nov. '15. It's been his only bout since the loss to Wilder - although the two share a bond beyond their own head-on collision.

Stiverne was due his own dance with Povetkin last December, but their bout also fell prey to the power of performance enhancing drugs. Povetkin was popped for Ostarine this time around, but was permitted to face late substitute Johann Duhauaps (a previous Wilder KO victim) when Stiverne - who also tested positive for a banned substance earlier in the promotion, although the instance attributed to an anomaly in being forgiven by the WBC - opted to not go through with the fight.

The WBC extended additional forgiveness in choosing to recognize Stiverne as its mandatory challenger after dropping Povetkin from the rankings.

There were talks of Stiverne possibly facing Luis Ortiz in a final eliminator. Those plans have since been scrapped as the unbeaten Cuban southpaw will be heading in a different direction, setting his sights on the winner of the April 29 title fight between unbeaten IBF champ Anthony Joshua and former World heavyweight king Wladimir Klitschko.

Because of Stiverne falls under the '35 and over' age category, he will be required to undergo a batter of medical examinations in order to participate in a WBC-sanctioned contest.