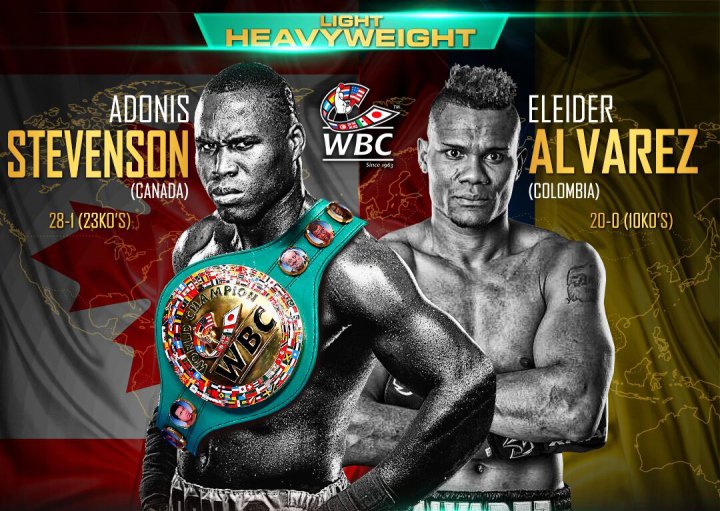 Unless this winds up being his next fight, Adonis Stevenson for the second time in just over two years will have to negotiate one fight while preparing for another.

The reigning World light heavyweight champion has been ordered to begin 30-days free negotiations with mandatory challenger Eleider Alvarez. The two sides have until March 24 to hammer out a deal, or else face a purse bid hearing that will be open to all promoters.

Both boxers are promoted by Yvon Michel and have expressed past interest in an all-Canada showdown between the pair of transplants.

Stevenson (28-1, 23KOs) - a 39-year old southpaw from Quebec by way of Haiti - is already penciled in to next defend his lineal crown on April 29 at the newly renovated Nassau Coliseum in the Uniondale section of Long Island, New York. The reigning world champion does not have an opponent, as previous talks with Long Island's own Joe Smith Jr. never moved past the negotiating table.

It has been suggested that Alvarez (22-0, 11KOs) could slide into the date, although it would require a quick ring turnaround as well as a location that makes no sense for such a matchup. The Colombia-born, Montreal-based boxer picked up his most significant win to date, scoring a 5th round stoppage of former super middleweight titlist Lucian Bute this past Friday in Quebec City, Canada.

Such a backdrop would be more befitting a Stevenson-Alvarez matchup than would the pair of adopted Canadians facing off in Long Island, where neither boxer boasts a following.

Stevenson hasn't fought since scoring a 4th round stoppage of veteran contender Thomas Williams Jr. last July. The victory marked the seventh defense of the World championship he claimed in a stunning 1st-round one-punch knockout of Chad Dawson in June '13.

Should the April 29 opponent turn out to be anyone other than Alvarez, it will mark the second time the WBC has ordered Stevenson to begin talks with one boxer while training for another. The sanctioning body jumped the gun in calling for the lineal champ and then-unbeaten titlist Sergey Kovalev to begin talks roughly around this time in 2015. The claim was that the request was made by Kovalev's promoter Main Events, although the expectations of the New Jersey-based outfit was to negotiate terms after Stevenson had faced Sakio Bika (which was still in queue for April '15 at the time) and Kovalev had taken care of his own mandatory challenger in Nadjib Mohammedi.

Because of the timing of the talks - and also speculated, fear of an Al Haymon-appointed promoter winning the purse bid and forcing the bout off of HBO - Kovalev was pulled from the mix and instead moving towards an eventual showdown with Andre Ward. Meanwhile, Stevenson has continued to nibble around the edges in the division, but not stepping up to face the very best since his aforementioned title-winning effort over Dawson.