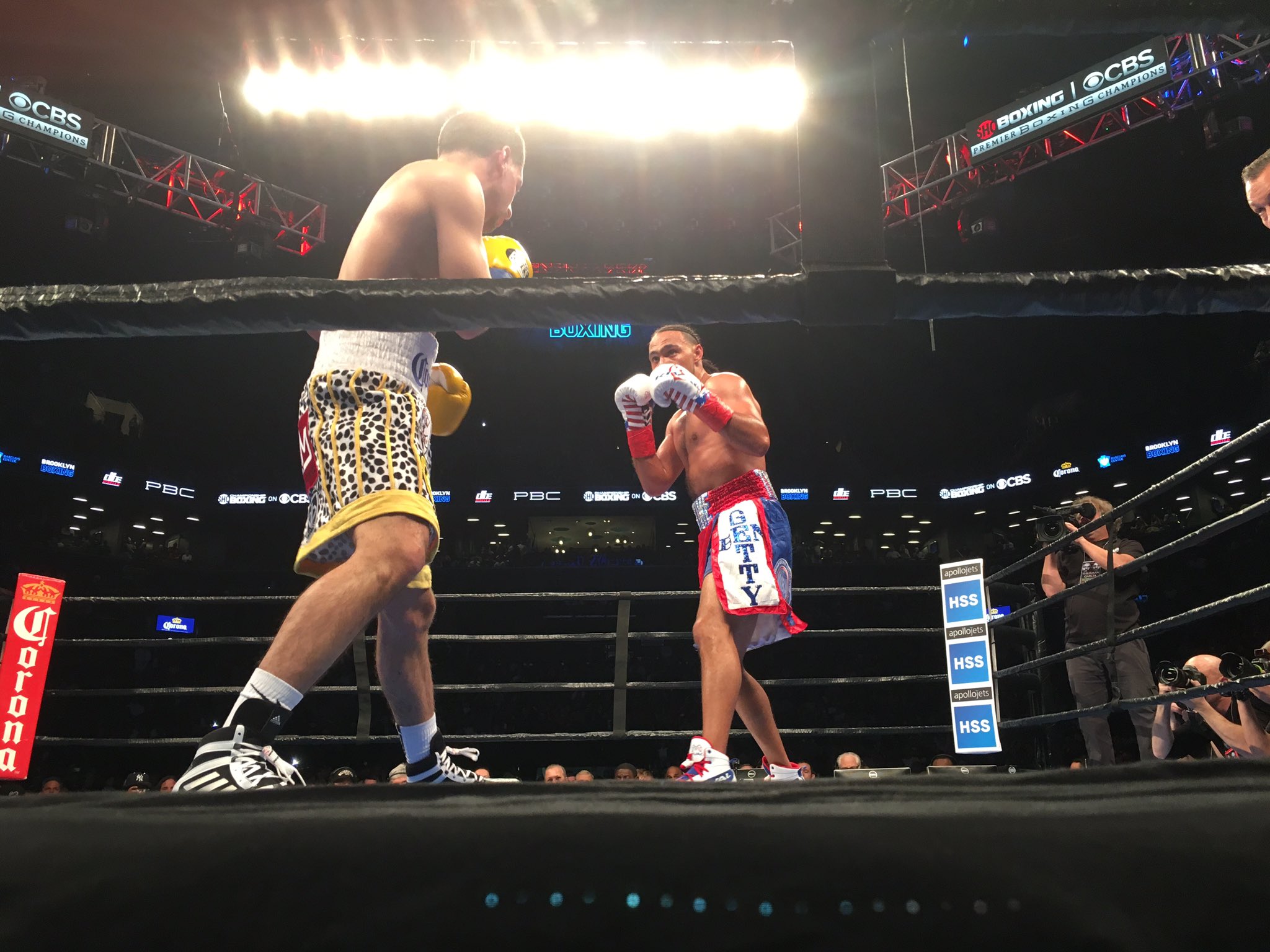 It wasn't always thriller and in no way will make its way to the 2017 Fight of the Year race. In the end, though, it was enough for Keith Thurman to remain unbeaten and become a unified welterweight titlist after edging Danny Garcia over 12 rounds Saturday evening at the Barclays Center in Brooklyn, New York.

Scores of 116-112 and 115-113 for Thurman overruled judge Kevin Morgan's inexplicable 115-113 tally for Garcia, who was far more defense than offense for much of the night.

A Barclays record crowd of 16,533 was on hand to witness just the third ever matchup of unbeaten welterweights in a title unification clash. Thurman and Garcia did their best to give the fans their money's worth, throwing bombs in the early rounds. In particular, Thurman fought like he had knockout on the mind all the way, but quickly realized he'd have to put in a full night's work in order to prevail.

"Danny Garcia came to fight, there's no question about that," acknowledged Thurman (28-0, 22KOs), who has now headlined both of Premier Boxing Champions (PBC) on CBS primetime telecasts. the first coming in a majority decision win over Shawn Porter in their thriller last June.

Saturday's contest was far more cerebral, as Garcia's goal was to make Thurman miss and then make him pay while remaining dangerously in the pocket for most of the night. The problem for at least the first nine rounds was his waiting too long to get off his punches, although he had a different look on how the bout went down.

"I came up short tonight," Garcia (32-1, 19KO) noted after the first loss of his career, though not without a disclaimer. "I thought I was the aggressor, I thought I pushed the pace but oh well."

He managed to do just that in the middle rounds, clearly the more effective of the two when he bit down and let his hands go. Taking a play out of Luis Collazo's playbook in his July '15 effort versus Thurman, Garcia began to target the body but never offered the type of sustained attack for it to make a difference. Thurman managed to turn the tide any time he threatened to fall behind, building up a sizable enough lead to where he thought he could afford to strictly box down the stretch.

It was a strategy that blew up in the face of Oscar de la Hoya in his highly questionable Sept. '99 points loss to Felix Trinidad in one of the two only other welterweight unification clashes between unbeaten titlists. On this night, it was enough to blow his lead on one card, although the laid back Floridian didn't take offense.

"If one of the judges liked his coming forward and wasn't a fan of my fighting while backing up (late in the fight), I can understand," Thurman conceded of the one scorecard that went against him. "But in the end, "One Time" has become (a) Two-Time (welterweight titlist)."