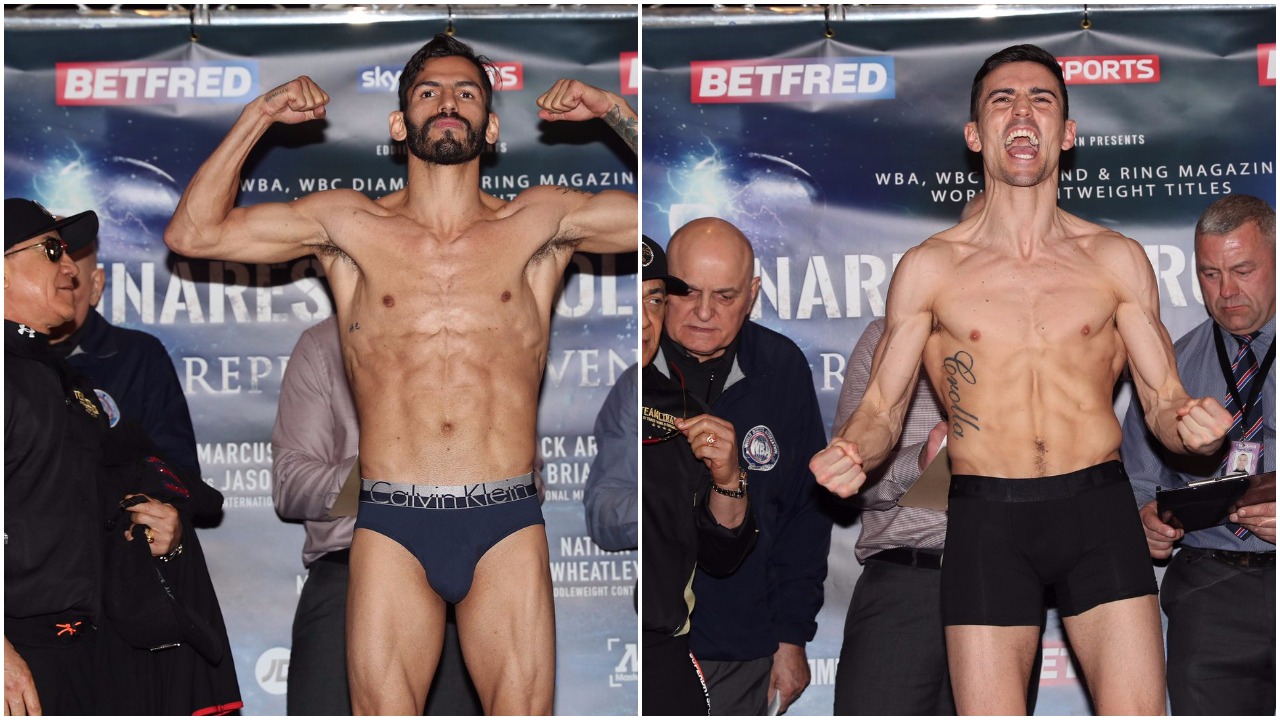 Jorge Linares and Anthony Crolla once again easily made weight ahead of their highly anticipated lightweight title fight rematch.

The pair of all-action heroes were both slightly heavier than their memorable first fight last September. Linares (41-3, 27KOs) tipped the scales at 134.4 lbs, a tad above his 134 lb. official weight for when he annexed the lightweight belt via well-earned unanimous decision. Crolla (31-5-3, 13KOs) checked in at 134.8 lbs, roughly one-half pound more than he was for his brave stand in conceding his crown.

The rematch takes place Saturday evening at the Manchester Arena in Crolla's hometown of Manchester, England, the same site as their first clash. Linares - a Venezuelan-proud athlete now based out of Japan - boldly marched into enemy territory to win the fight and collect a major belt in his third weight class, having previously served as a titlist at featherweight and super featherweight.

For Crolla, it meant the end to a brief but triumphant title reign that began with a 5th round knockout of Darleys Perez in their Nov. '15 rematch after having been shafted in a majority decision draw that prior July. The first bout with Perez marked the first of what will be five straight bouts at his celebrated hometown arena, as well as a heroic ring return after recovering from near-fatal injuries sustained while fending off armed burglars in Jan. '15.

in beating Perez in their sequel, Crolla managed one successful defense - a 7th round knockout of previously unbeaten Ismael Barrosso last May.

Linares' first attempted title defense coincided with a current 10-fight win streak following back-to-back stoppage losses that were believed to mark the end of his days as a major player. His previous shot at becoming a three-division champ saw Linares squander a huge lead versus Antonio DeMarco in suffering an 11th round knockout in their Oct. '11 vacant title fight. The effort was followed by a 2nd round stoppage loss to Sergio 'Yeyo' Thompson four months later, but it has since been smooth sailing.

The title win over Crolla marked the first time in his 14-year career that Linares had gone 12 rounds.

Saturday's bout will air live on Sky Sports in the United Kingdom as well as on Showtime (6:00 pm ET/3:00 pm PT) as part of the network's Showtime Boxing International series.