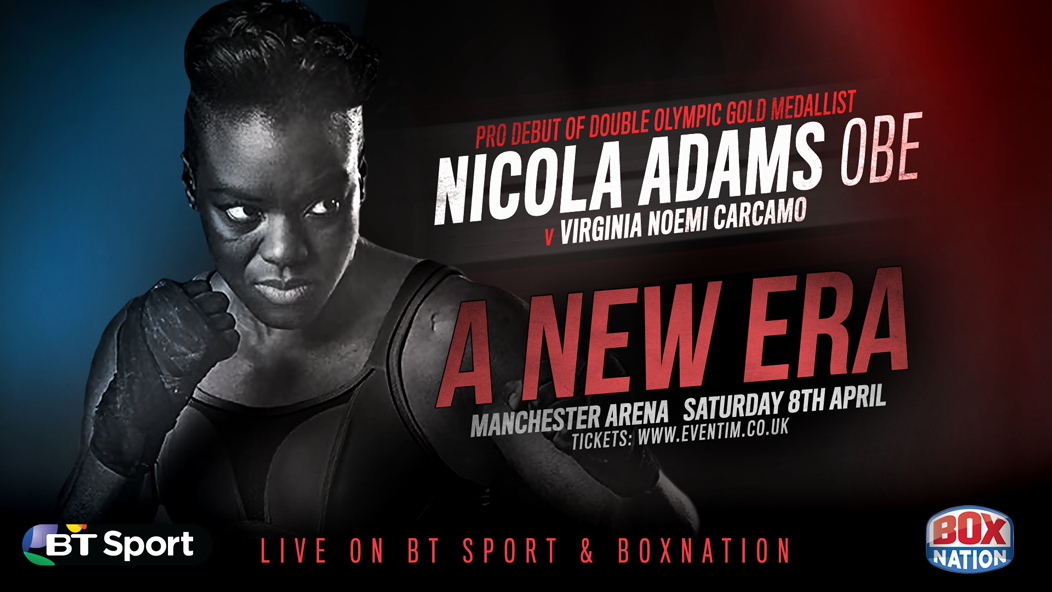 The first female boxer ever to earn an Olympic Gold medal is all set for her pro debut.

Nicola Adams' venture into the paid ranks was long ago announced, but the April 8 event now comes with an official dance partner in place. The two-time Olympic Gold medalist for Great Britain will face Argentina's Virginia Noemi Carcamo, with their bout to grace the undercard of Terry Flanagan's lightweight title defense versus Petr Petrov live on BoxNation from the Manchester Arena in Manchester, England.

“Now that my first opponent has been announced, all I want to do is get in the ring – I’m so excited for my first fight,” said Adams, who captured top honors at the 2012 London Olympics and 2012 Rio Olympics. “Training with Virgil Hunter has been amazing, he’s taught me some great new things for my professional debut."

Adams was among the batch of 36 athletes who took part in the inaugural appearance of women's boxing in the Olympics during the 2012 London Games. Playing in front of a hometown crowd only added to her historic run, with her win over China's Ren Cancan in the flyweight finals serving as the first women's boxing Olympic Gold medal match. The feast also earned her the distinction of becoming the first-ever open member of the LGBT community to win a Gold medal.

She was also the quickest to the podium in the 2016 Rio Olympics, outpointing France's Sarah Ourahmoune to win her second Gold medal. She became the first female boxer to do so, beating out USA's Claressa Shields by one day.

The feat was the final leg of an incredibly decorated amateur career, as she now looks to bring some of that history to the pro game.

In Carcamo, she faces a seven-fight veteran who makes her first ring appearance outside of her native Argentina.

While there is a sense of relief in finally learning her opponent, Adams is more focused on fight night itself and furthering the cause of women in boxing receiving the long overdue attention they've deserved.

“All my focus is on Saturday 8th April and the road to becoming a World Champion," Adams insists. "Together with (promoter) Frank Warren, BT Sport and BoxNation we’re going to take women’s boxing to the next level.”