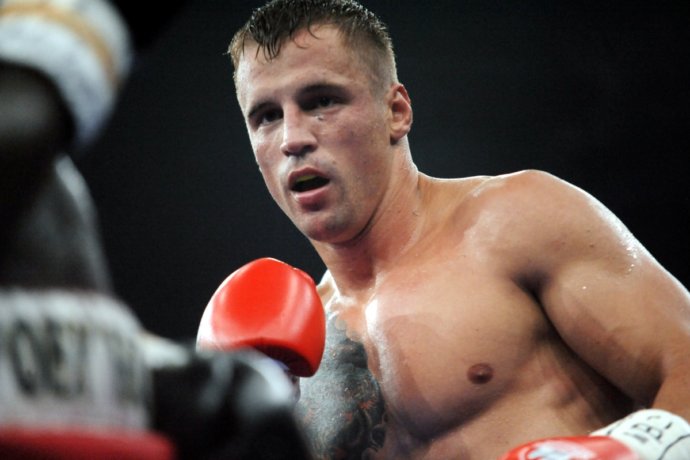 It wasn't the Fight of the Year candidate that the cruiserweight division or both boxers have produced in recent times, but in the end it was enough for Mairis Breidis to realize a childhood dream.

A vacancy was filled in the 200 lb. division as Breidis easily handled a frustrated former champ in Marco Huck to claim the WBC cruiserweight title Saturday evening in Dortmund, Germany. Scores were 116-111, 117-110 and 118-109 in favor of Breidis, who becomes the first-ever boxer of Latvian descent to win a major title in the pro ranks.

The WBC cruiserweight title was made available for the bout after Tony Bellew was downgraded to Champion Emeritus status given his recent heavyweight foray and likely not returning to the divsion - at least in a championship capacity.

Sadly, the 12-round bout was littered with clinches and fouling, mostly coming from Huck who - despite only two months older than his opponent - was made to look a very old 32 years of age in what could be his final appearance on the championship stage. The night marked his 18th career title fight, but had never been dominated the way he was on this particular occasion, to the point where his only counter measure was to foul his way out of trouble whenever the going got rough.

It was a far cry from his 2015 Fight of the Year-level war with Krzysztof Glowacki - a bout where he nearly scored a mid-rounds knockout before getting dropped and stopped in the 11th round of what would have been a divisional record-breaking title defense. Instead, he was left to share the record with Johnny Nelson, and may never get a chance to add to his cruiserweight legacy.

Conversely, the journey has only just begun for Breidis, who boxed far more than fans have become accustomed to seeing him perform. The 32-year old knockout artist from Latvia had landed on the right side of the highlight reel in recent past, first gaining notoriety with a frightening knockout of Manuel Charr in a rare heavyweight appearance, and again in a terrific back-and-forth slugfest with Nigeria's Olanrewaju Durodola last May to earn this very opportunity.

Rather than going all in to add to his running eight-fight knockout streak, Breidis wisely worked behind the jab, not wanting to provide any openings on which Huck could capitalize. It made for a relatively easy night at the office, save for when he had to contend with his opponent's incessant clinching and rabbit punches.

Action managed to pick up in the championship rounds after a rough haul prior to that point. Huck intensified his attack, seemingly aware that he was well behind on the scorecards and needed to pull off a miracle. Breidis rebounded well en route to a dominant 12th and final round to solidify the win.

The official scorecards broken down in round-by-round scoring have yet to be revealed, so the fact that a point was deducted from one of the boxers remains a mystery as this goes to publish. No in-ring points were deducted by referee Jay Nady, nor at any point was a knockdown ruled.

Nevertheless, it's a title win for Breidis, who improves to 22-0 (18KOs). Huck falls to 40-4-1 (27KOs), his record now 13-4-1 in title fights. Aside from the loss to Glowacki, he has now suffered defeats in two attempts to win a title - this bout as well as his first try when he blew an early lead in suffering a 12th round knockout at the hands of Steve Cunningham in 2006.