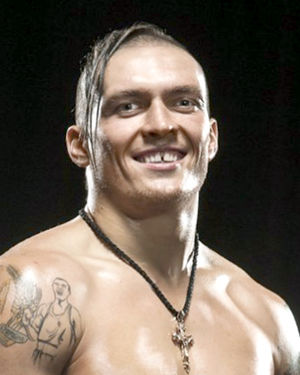 Scores were 117-110 across the board for Usyk, who scored an official knockdown in round 12 and nearly had Hunter out but was forced to settle for the second distance fight of his still budding career.

The night marked the second straight HBO-televised appearance for Usyk, a two-time Olympian for Ukraine who captured a Gold medal in the 2012 London Games. His debut on the American cable giant came in a 9th round stoppage of Thabiso Mchunu in a bout devoid of entertainment. A little bit of the same threatened to play out in the early rounds, as Hunter - who represented the United States in the 2012 London Olympics - boxed and moved, a strategy that proved effective in winning rounds and avoiding punishment, unlike Mchunu who only fought to survive.

Usyk eventually solved the riddle, looking like the best cruiserweight in the world with each passing round once he seized momentum. Hunter not fell further behind, but was absorbing a painful body attack that dramatically decreased his mobility.

It only grew worse as the fight trickled into the later rounds. Usyk had Hunter in trouble in round 10 and nearly out in the 12th and final rounds. Hunter was spared a few additional seconds of punishment when his falling into the ropes was ruled a knockdown by referee Bill Clancy, who was correct on the call but far too pedestrian for the remainder of the round. Alas, Hunter received a moral victory in lasting the full 12 rounds, but took a few too many unnecessary shots in getting to that point.

Usyk improves to 12-0 (10KOs) with the win, earning the second successful title defense of the crown he won in a thrilling 12-round decision over Krzysztof Glowacki last September.