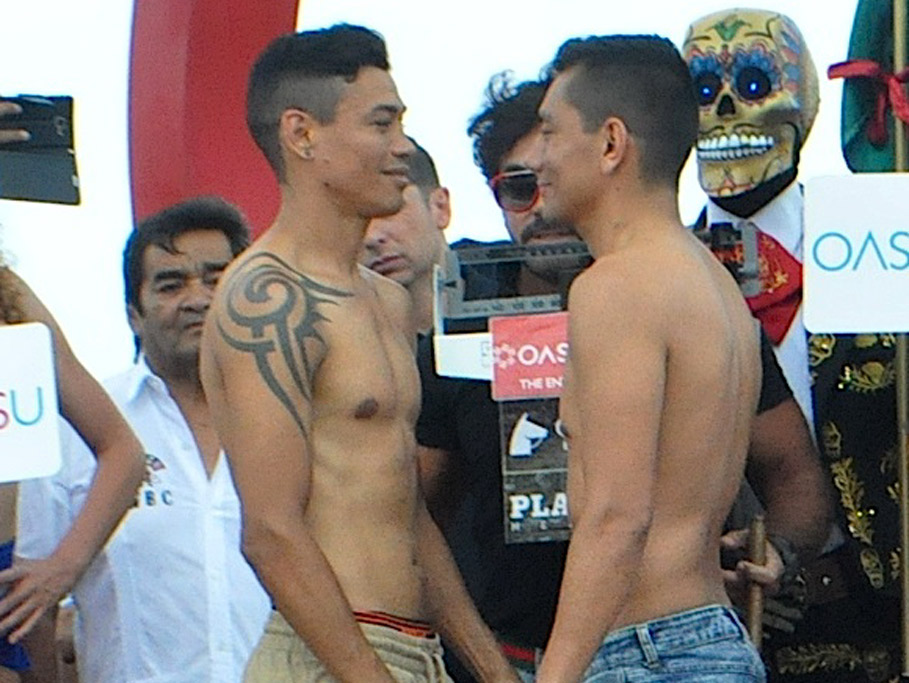 It was a nailbiter all the way through, but Mijares' quick start and strong finish preserved the victory in a bout that easily could have gone the other way. Rojas did his best to solve the still crafty style of his fellow southpaw opponent, mauling his way inside in his best effort to turn a boxing match into a fight.

Mijares never quite took the bait, absorbing his share of licks over the course of the evening but largely winning on the strength of a stick-and-move style that has not only served well but has managed to remain intact as he nears 20 years in the pro ranks. The former super flyweight titlist alternated between potshotting from the outside and straight-up defensive strategy to minimize the damage from Rojas' most telling blows.

It appeared to be anyone's fight heading into the 10th and final round, a scenario that had to be scary for Rojas after suffering a costly point deduction. Time was called midway through the round after a clash of heads left Rojas dazed and with swelling beginning to develop around his right eye. He didn't at all appreciate the taunting tactics of Mijares, who wasn't fully compliant with the referee's instructions to break.

Then again, he wasn't the one who threw a sucker punch.

Sensing his opponent was about to attack, Rojas instinctively threw a left hand shot over the referee's shoulder. Mijares briefly collapsed into the ropes in pain, if only to sell it a little harder and ensure that the action didn't go undisciplined. It didn't, as Rojas was escorted to the locations of all three judges to inform that a point was deducted for the infraction.

It ultimately didn't matter, although Mijares winning the round 10-8 all but poured salt in the wound as Rojas saw a fight within reach slip away in the span of three ring minutes.

As it turned out, Mijares had enough rounds in the bank to that point anyway, as he improves to 56-8-2 (26KOs). The win was his seventh straight as he now moves one step closer toward another title shot. The two-tour super flyweight champ came up miserably empty in two shots at a super bantamweight strap and a failed bid to win a flyweight crown.

Following a close points win over previously unbeaten Andres Guiterrez - who missed weight by a full weight class in their title eliminator last June - Mijares now has in his back pocket an owed shot at the winner of the May 20 clash between defending champ Gary Russell Jr. and mandatory challenger Oscar Escandon.

As for Rojas, he will need a big win to avoid becoming a steppingstone for future featherweight prospects. The former super flyweight titlist - who briefly reigned in the early 2010s - snaps a nine-fight win streak as he falls to 48-15-1 (32KOs).

The bout aired live in its entirety on Televisa in Mexico, also streaming live on WBC's website at www.wbcboxing.tv.