Nicola Adams To Enjoy Hometown Showcase May 13 in Leeds 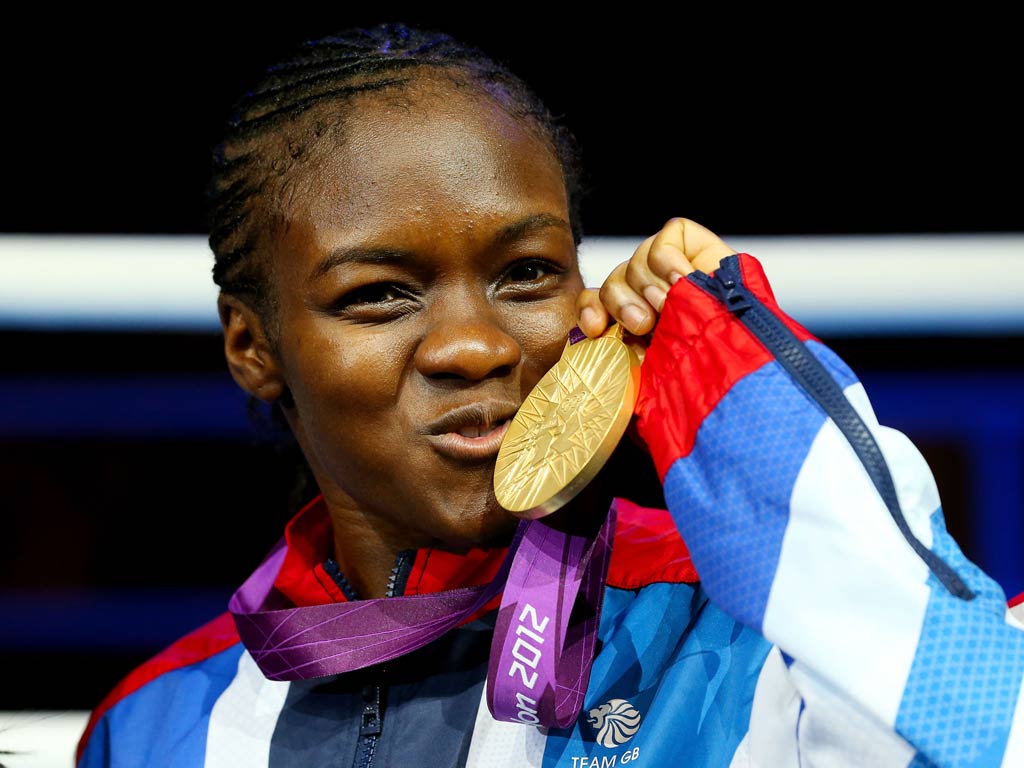 Nicola Adams' pro debut came in supporting capacity to Terry Flanagan playing to a raucous hometown crowd in Manchester, England for his latest title defense. She will now get to experience that same type of feeling for her next bout.

The first-ever female boxer to win an Olympic Gold medal - and to do so twice - is wasting no time in the pro ranks. Hot off of her four-round shutout over Argentina's Virginia Noemi Carcamo on Saturday, Adams is already set to return just five weeks later. Promoter Frank Warren revealed that she will appear once in a support bout, but this time in her birthtown of Leeds, England.

"We're not wasting any time, we're going to keep moving forward and make history," Warren said of the next ring appearance for his prized signing from the 2016 Rio Olympics.

An opponent has yet to be named for the occasion, which comes on the undercard of unbeaten featherweight - and local attraction - Josh Warrington in a 12-round regional title fight versus former 122-pound champ Kiko Martinez.

Adams already received a taste of homeland flavor in her historic Gold medal win during the 2012 London Olympics. The now 31-year old boxer came in as one of the most established athletes in amateur boxing history, putting a proverbial feather in her cap in storming through the flyweight field in the first-ever year for women's boxing in the Olympics.

Four years later, both she and USA's Claressa Shields became two-time Olympic Gold medalists, with Adams beating the American middleweight to the podium by one day to earn that piece of history.

For all that she's achieved in the non-pay ranks, however, there was nothing like the experience of making her pro debut.

"I was a bit too eager to get the stoppage," Adams (1-0, 0KOs) revealed after his first pro contest. "She was a tough girl who hung in there - literally."

Carcamo boasted a reputation as a scrappy brawler, having never been stopped and only down once in her now eight-fight career that was previously spent entirely in her native Argentina. Adams scored with several long right hands, but was unable to connect with that money punch to put the fight away for good.

Instead, she delivered a boxing clinic, showing the level of brilliance that etched her name in the record books during her amateur days. The 34-year old became the first-ever female boxer to win an Olympic Gold medal, doing so at home during the 2012 London Olympics. She became the first to repeat honors, picking up her second Gold medal in the 2016 Rio Olympics, all while serving as the first-ever openly gay (bisexual) boxer to claim the top prize in the amateur ranks.

Even in going the full four-round distance, she still felt it trumped any effort given prior to her pro debut.

"It was a lot better," Adams said of fighting without headgear for the first time. "You can see without the head guard, the punches were a lot clearer."

Just as clear is the brilliant future that lies ahead for the super flyweight prospect - with the next stop at home.