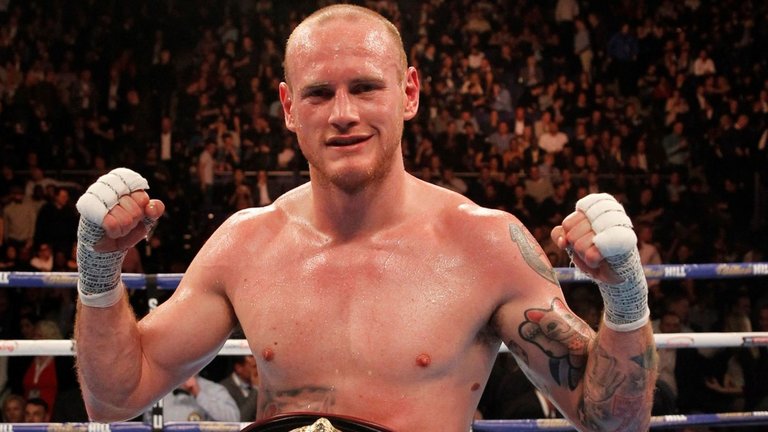 If it felt like months that the respective teams for George Groves and Fedor Chudinov have been negotiating terms for a forthcoming clash - that's because it has actually been that long.

Talks have finally commenced as both camps put ink to paper in moving forward with the vacant super middleweight title fight. An official date and hosting venue is expected to be announced in the coming days, but one leaked detail is that perennial road warrior Chudinov once again travels abroad as the bout will take place in Groves' England homeland.

The title was declared vacant last summer after Russia's Chudinov (14-1, 10KOs) was ultimately cheated out of his belt twice. Felix Sturm - whom Chudinov outpointed to win the strap in their May '15 clash in Germany - managed to steal yet another controversial decision in their rematch last February. The poor scoring was further laced with chemical abuse, as Sturm - a former four-time middleweight titlist - tested positive for stanzonol.

Rather than returning the belt to sender, the WBA instead ordered a vacant title clash between Chudinov and Groves (25-3, 18KOs), a three-time title challenger who has managed to resurface as a top player in the super middleweight division.

The 29-year old Brit is sadly best known for his shortcomings at the top level, specifically his pair of stoppage losses to countryman and bitter rival Carl Froch. Groves was ahead on all three scorecards before suffering a controversial 9th round stoppage at the hands of Froch in their Nov. '12 title clash. The rematch six months later proved more competitive - and conclusive - with Froch scoring an 8th round knockout for the final win of his career, which he and promoter Eddie Hearn have never stopped reminding the boxing world took place in front of 80,000 strong at Wembley Stadium in London.

Groves has since managed six wins in seven subsequent starts. The lone loss came in a heartbreaking defeat to Badou Jack in their Sept. '14 title tilt in Las Vegas.

Jack has since abandoned his crown and the super middleweight division following a disputed draw versus James DeGale in their attempted title unification clash this past January. DeGale remains a titlist, and eager to avenge the lone loss of his career as he was edged by Groves in their salad eating days as rising prospects way back in 2011.

Making a rematch even more enticing would be Groves picking up a title trinket of his own. He's managed four straight wins to get to this point, the most recent victory coming last November in outpointing Eduard Gutknecht over 12 rounds in London. The win followed perhaps his best career achievement to date, scoring a landslide decision over countryman Martin Murray last June.

The victory over Gutknecht was followed by news of his being first in line for a crack at a vacant title, though he and Chudinov have been stuck at the negotiating table since last December. The business side has finally wrapped up, as a forthcoming announcement can signal the start of training camp for the pair of title hopefuls.