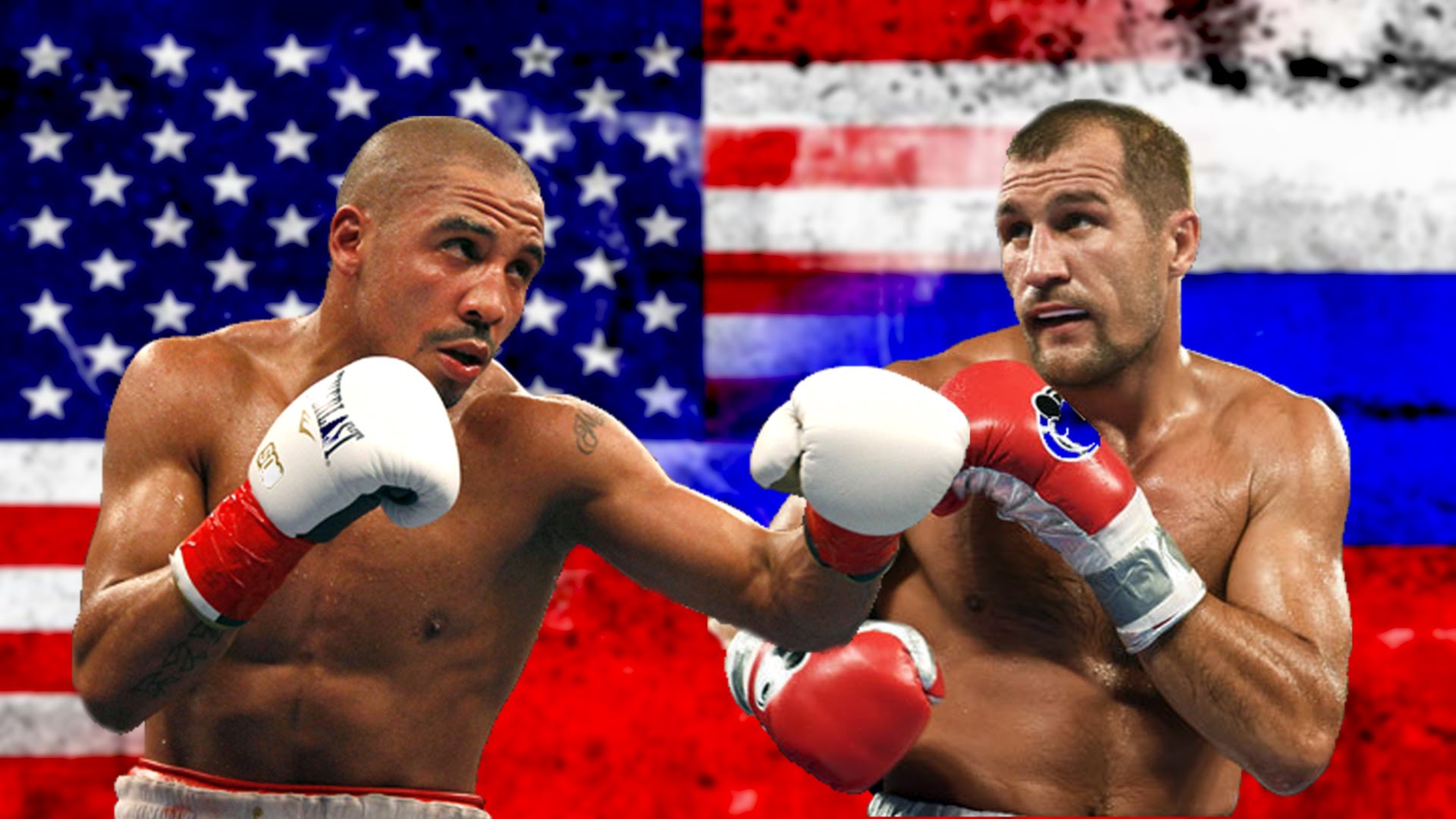 With the formal press conference in New York City on Monday comes the official declaration that Andre Ward and Sergey Kovalev are ready to do it all over again.

The two best light heavyweights in the world met with the New York media in the first stop of a three-city press tour to formally announce their June 17 rematch, which takes place at Mandalay Bay in Las Vegas, Nevada. The sequel - dubbed "No Excuses" - will come just seven months after their first meet, at the T-Mobile Arena also in Las Vegas where Ward survived a 3rd round knockdown to rally strong in the second half of the contest to take a hotly disputed points win.

To this day, Kovalev - and many observers, both ringside and those who watched the Pay-Per-View telecast - believes he won the fight. That said, he seems well aware of what could improve and vows to correct those mistakes well ahead of their rematch.

"I’m thankful that Andre Ward accepted the fight and am looking forward to June 17," Kovalev (30-1-1, 26KOs) said to the gathered press (and fans posing as media) Monday morning at Le Parker Meridien in midtown Manhattan. "I want to apologize to my fans for losing the last fight. I realize the mistakes I made and believe the rematch will square everything away."

The remarks were much kinder than what the former unified light heavyweight titlist has had to say through his social media account in recent times. Such comments were not lost on his lone conqueror.

"I'm not about getting down with all that trash talk on Twitter and Instagram, that's not who I am," insisted Ward (31-0, 15KOs), an unbeaten champion in two weight classes who will make his first title defense as a light heavyweight ruler. "I save that for them. The reality is, he’s gotta see me June 17. I love to talk, I love to fight. So does he. We like to fight for 12 rounds. He knows, he felt it. That’s the reality of the situation."

There was much divide heading into their first clash, which should naturally come any time two of the very best boxers in the world meet in the ring. Kovalev had punched his way to the top of the division, earning accolades as the best light heavyweight in the world even in the presence of his longtime parallel rival and reigning World (lineal) light heavyweight champion Adonis Stevenson. He made it to that point by racking up eight lopsided title defenses in under three years - including a 12-round shutout of the legendary Bernard Hopkins in their Nov. '14 three-belt unification clash.

He seemed well on his way to reigning supreme after flooring Ward - who had abandoned his super middleweight throne in 2015 in favor of a run at light heavyweight - in round three of their pound-for-pound showdown last November. Many have argued that despite slowing down dramatically over the second half of the contest that he did in fact rack up enough rounds to remain atop the light heavyweight mountain.

Others have argued that his second half slowdown was a glaring chink in the armor. Ward's side saw it as the starting point for an even greater finish in June for the last American male boxer to win a Gold medal (2004 Athens Olympics).

"Not much has changed from the first time except that the code has been cracked," insisted James Prince, Ward's longtime manager who - whether deliberate or otherwise - managed to fumble the name of his client's in-ring rival. "Sergio (referring to Kovalev)… we cracked your code.

"Don’t be surprised if Sergey Kovalev gets knocked out on June 17."

Kovalev naturally laughed at the notion, and in fact will merely settle for the fight actually taking place.

"I just hope that Andre Ward doesn’t suffer an injury a week or two before the fight, and that he has the balls to face me on June 17," Kovalev quipped, his lone moment of trash talk while behind the mic on Monday.

The comment will undoubtedly be embraced by those who believe Ward has allowed the best years of his career to pass by while spending a considerable amount of time on the sidelines due to legal battles with former promoter, the late Dan Goossen. Even after their case was resolved, Ward's attempt at ending a ring hiatus dating back to Nov. '13 was met with delay when he suffered an injury that prevented him from appearing in the co-main event of Saul 'Canelo' Alvarez' World middleweight championship winning effort over Miguel Cotto in Nov. '15.

Instead, the comeback tour began last March, with Ward appearing as a full-fledged light heavyweight for the first time in his career. He delivered a good-not-great performance versus then-unbeaten contender Sullivan Barrera, followed up by a pedestrian 12-round win over hopelessly overmatched Alexander Brand last August.

Neither fight did much to prepare him for Kovalev, who marked his time with a repeat knockout win over Jean Pascal and a 12-round points win over Isaac Chilemba last July in his first fight in his native Russia in more than four years. Critics scoffed at Ward's lead-in to the first fight and continue to harp on what went wrong that night rather than what led to his hand being raised in victory.

"Unfortunately there’s perception and there’s reality," commented Ward, who has wisely picked his spots in recent months when it comes to dealing with fair weather media. "When you’re young, you care about what they write about you. When you get older - and this is something I explain to the young guys I mentor - you pay more attention to the reality.

"Everyone wants to talk about the knockdown. The truth is, that’s probably the most beautiful moment of my career. Nobody’s talking about the other 10 rounds. I didn’t get to where I’m at because there’s something weak about me. Some may not like it but you have to respect it. You don’t have to like it but you have to respect who I am. Whether you with me or against me, it’s gonna be a great show."