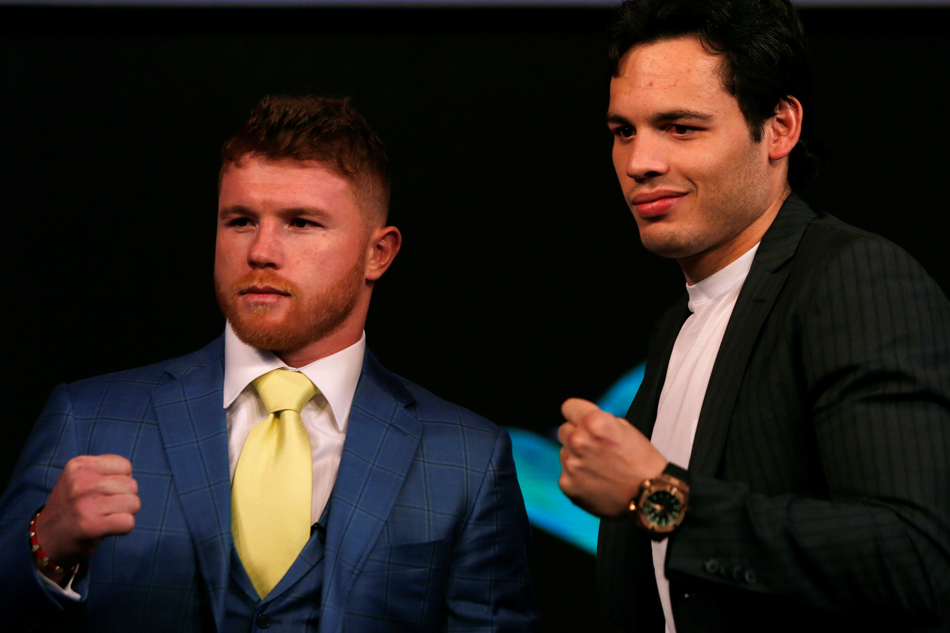 Oscar de la Hoya isn't unlike any promoter before - or after - him in overselling one of his company's events. The Hall-of-Fame boxer and now full-time head of Golden Boy Promotions has, however, learned from his own mistakes over the years.

His California-based company is the lead promoter for the May 6 showdown between two-division champion Saul 'Canelo' Alvarez and Julio Cesar Chavez Jr., boxing's two most iconic active boxers from Mexico today. Their catchweight bout - which will be contested at a maximum limit of 164.5 lbs. - will air live on HBO Pay-Per-View from the T-Mobile Arena in Las Vegas, Nevada.

Tickets for the event have been sold out for well over a month, with several closed circuit outlets being made available in Las Vegas. Viewers who don't wish to order the PPV can also hit up their local movie theatre, as Fathom Events will make the event available in cinemas nationwide.

From the moment the all-Mexico superfight was announced earlier this year, it has clearly resonated with fans - particularly those who take pride in Mexican traditions such as the Cinco de Mayo weekend on which it will land. Alvarez reclaimed the weekend only last year, christening the T-Mobile Arena with a 6th round knockout of Amir Khan in their Cinco de Mayo-themed PPV event last May.

With this year's edition featuring a legitimate grudge match with his longtime in-country rival, there has come a special feeling to this event.

"Just to let you know, the response has been unbelievable," de la Hoya said during a recent media conference call to discuss the upcoming show. "We haven't had a Mexican showdown on Cinco de Mayo weekend in a very, very long time. And the demand has been incredible. I haven't seen anything like it since (Marco Antonio) Barrera vs. (Erik) Morales; since De La Hoya vs. (Julio Cesar) Chavez, Sr. This is going to be an incredible weekend for all boxing fans.

"In terms of action, I would say (the bout compares to) Barrera-Morales. In terms of how big the event is, I can’t think of one that has created as much interest; it’s the biggest event I can think of."

Where de la Hoya has learned to catch himself is in offering bold predictions over circumstances beyond his control. The PPV market has become nearly impossible to predict in recent years, particularly any event following Floyd Mayweather's 12-round win over Manny Pacquiao which established box office records that will likely never be broken in this lifetime.

Alvarez has distanced himself from the rest of the pack in terms of the leading PPV draws in the post Mayweather-Pacquiao era. His World middleweight championship lifting effort over Miguel Cotto in Nov. '15 sold an impressive 930,000 units, with the event itself raking in well over $70 million in total revenue.

The PPV total remains far and away the best selling event since June '15, as 2016 proved to be a major buzzkill at the box office. Alvarez' aforementioned win over Khan was the best-selling PPV of the year, although its final tallies remain disputed. Regardless, as de la Hoya has made bold predictions in the past, he expertly dodged a question asking for his PPV projection, instead focusing on the other aspects of the event which he believes will perform remarkably well.

"We’re very happy with the way everything is going," de la Hoya stated. "Tickets sold out weeks ago, and MGM is opening up more properties for closed circuit viewing (in Las Vegas). We expect to break some records (in the closed-circuit viewing market)."