Alvarez Insists Chavez Just Another Opponent In His Career 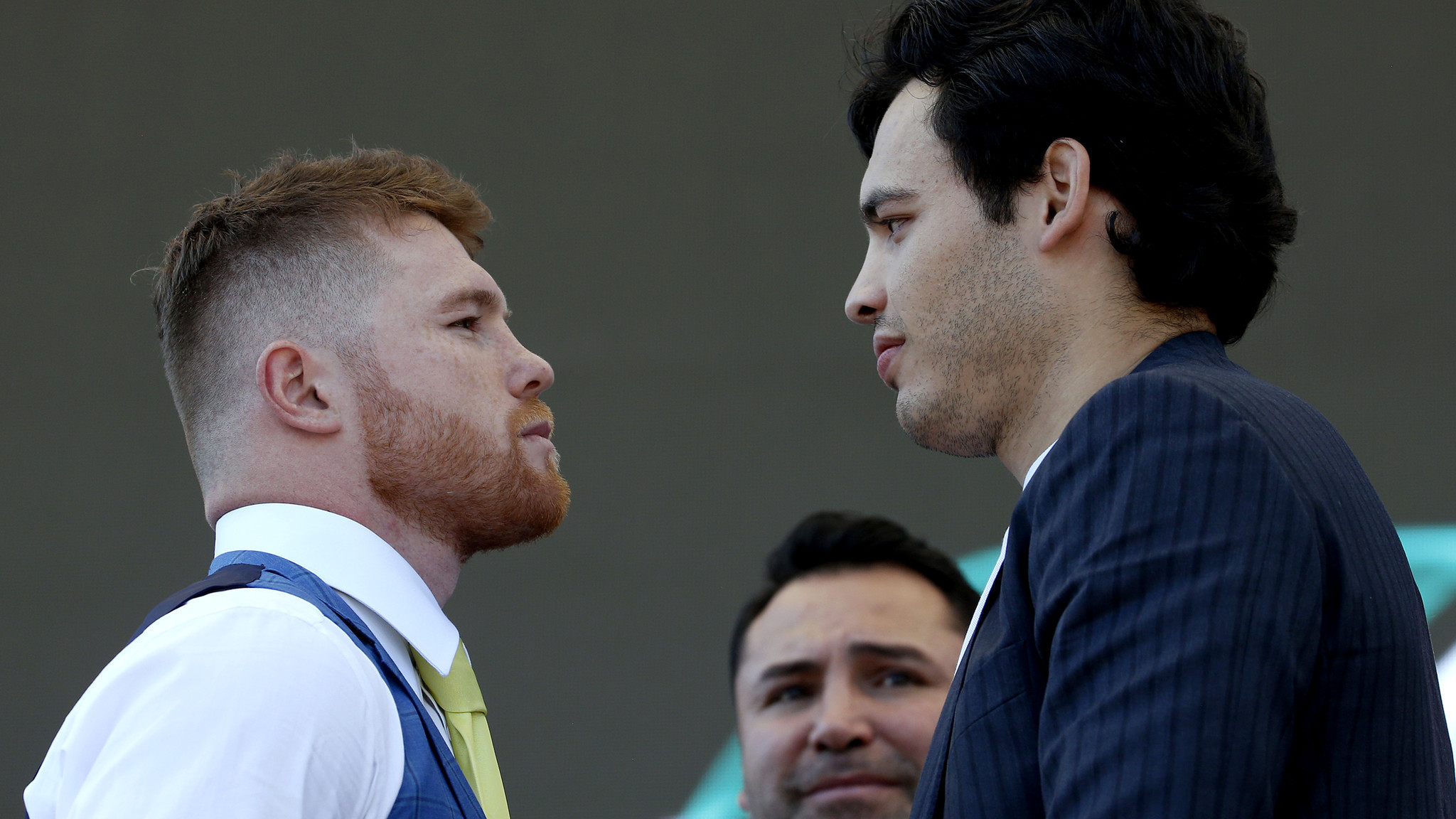 There's clearly no love lost between Mexico's two biggest boxing stars today, Saul 'Canelo' Alvarez and Julio Cesar Chavez Jr. The longtime rivals will finally settle their differences in the ring, as they are set for a catchweight bout on May 6 live on HBO Pay-Per-View and in front of a sold-out crowd at T-Mobile Arena in Las Vegas, Nevada.

While no official belt is at stake, a tremendous amount of nationalistic pride is on the line for both boxers. Alvarez (48-1-1, 34KOs) has always gone out of his way to carry his boxing-rich nation on his broad shoulders every time he steps into the ring. The former two-division world champion - who will come in at a career-heaviest for the 164.5-pound catchweight bout - is even prouder of the fact that he has reclaimed the two biggest boxing weekends for Mexico - Cinco de Mayo and Grito de Dolores ("Cry of Dolores", also known as Mexican Independence Day) in September.

Admittedly, there is more motivation to be found in the fact that he genuinely dislikes his opponent. There has been no love lost between the two, particularly with Chavez Jr. who seems to have something negative to say on a daily basis about Alvarez.

Beyond the ring rivarly itself, Alvarez is simply conducting training camp as if business as usual.

"[H]e's one more of the 50 of all my opponents that I've faced," Alvarez said matter-of-factly during a recent media conference call to discuss the upcoming PPV event. "I've wanted to rip the head off of everyone I've ever faced. I wanted to beat them; I wanted to them knock them out.

"This is a little extra. There's a little bit more motivation, of course, because of the rivalry, but it's another one of my fights."

The bout will be his first above the middleweight limit - really above the 155-pound catchweight limit that has served as the maximum weight for five of his past six starts. Alvarez - who became the first Mexican boxer in history to win the World (lineal) middleweight championship following a 12-round win over Miguel Cotto in Nov. '15 - became a two-time super welterweight titlist after dropping down (one pound) in weight to batter previously unbeaten Liam Smith into submission after nine rounds last September.

He will likely give up that title should he emerge victorious on May 6, but for now is not concerned about anything other than settling a very old score.

"As a person, you know, I don't know him well, but just from what I hear from his actions and all, it's like a guy that just doesn't (back up his words). You know, he just says a lot of things. It's almost like he's a little kid."

Alvarez obviously means it in the figurative sense, as Chavez Jr. (50-2-1, 32KOs) enjoys a significant advantage in natural size and body weight. It matters little to the iconic red-headed superstar, who is not only gunning for a knockout victory, but believes that past history could come back to haunt his in-ring rival.

Chavez Jr. is the son of the legendary Julio Cesar Chavez Sr., the former three-division world champion who gained Hall of Fame enshrinement in 2011. It has been long believed that the second-generation boxer has thrived in the spoiled child role, living off of his father's fame while putting forth little effort in his own career.

His training habits have often come into question, as exposed in the buildup to his middleweight title-conceding effort to Sergio Martinez in September '12 - 15 months after becoming the first Mexican to win an alphabet title at middleweight. It has further shown in his showing up out of shape and having to renegotiate weights on more than one occasion in his career, and his unwillingness to leave his corner after taking a beating for nine rounds versus Andrzej Fonfara in their April '15 light heavyweight scrap.

Naturally, Chavez Jr. insists this time around will be different. In fairness, recent training photos have suggested he is taking this bout seriously, including his enlisting the services of legendary cornerman Ignacio 'Nacho' Beristain.

Still, the question remains whether or not this tiger is capable of changing his stripes.

"Everything's possible in boxing," Alvarez said of possibly making Chavez Jr. quit at some point. "As the great Bernard Hopkins once said, "Once a quitter, always a quitter." So anything's possible."