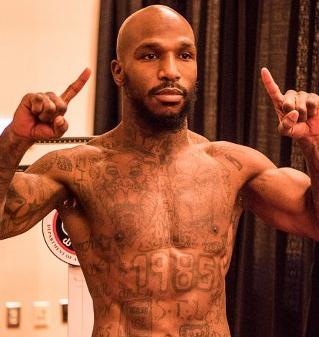 Considering the show was put together as an alternative to another plan that fell through, it's only fitting that the evening's chief support features Plan B as well.

A second chance opportunity for Arif Magomedov to prove his worth as a middleweight prospect fell by the wayside when the 24-year old Russian fell ill and was forced to withdraw from this weekend's scheduled HBO Latino-televised clash with Elias Espadas. Fear not, as viewers will have a supporting bout to go along with the main event between light heavyweight contender Sullivan Barrera and Paul Parker as Vaughn Alexander's ten-round middleweight clash with Andres Calixto Rey.

The bout was originally slated for eight rounds, but has been bumped up to ten as it was elevated to the live telecast. All bouts air live from Mohegan Sun Casino in Uncasville, Conn. as part of the Mohegan Sun Rising Stars series.

“It’s a shame to lose Arif’s fight, but this is an excellent replacement," insists Kathy Duva, CEO of Main Events who promotes Saturday's event.

Alexander (7-0, 5KOs), 31, is the older brother of former two-division titlist Devon Alexander. Once a promising middleweight, he was forced out of the game less than a year after turning pro in 2004 when a wrong turn led to a prison sentence of more than a decade. Upon his release, he has since fought and won twice, including an appearance on the first edition of Rising Stars series last November.

"I'’m thrilled that more boxing fans will get to see Vaughn Alexander in the ring," states Duva. "He’s quickly making up for lost time and this is a chance for him to really get his name out there in what I expect to be a tough fight against Andres Rey.”

Barrera's placement atop the show after he managed to allow a chance to face fellow Top 10 contender Artur Beterbiev slip through the cracks. The Miami-bred Cuban bounced back from his lone career loss - a 12-round defeat to Andre Ward last March - with an 8th round knockout of previously unbeaten Vyacheslav Shabranskyy.