Alvarez Plans To Campaign At Middleweight After Chavez Jr. Showdown 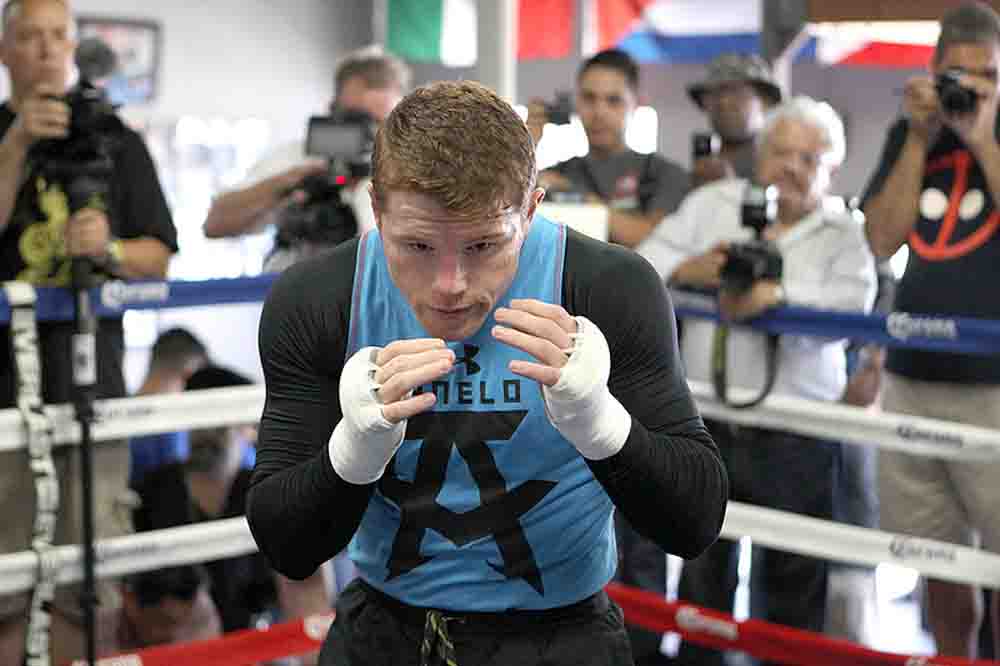 It was the answer we wanted to hear at least a year ago, but one that is finally on record: Saul 'Canelo' Alvarez believes he has officially grown into a middleweight.

A world champion in two divisions and current 154-pound beltholder, Alvarez (48-1-1, 34KOs) will enter his next bout at the heaviest weight of his career as he prepares for an all-Mexico showdown with bitter in-country rival Julio Cesar Chavez Jr. Their May 6 showdown - which airs live on HBO Pay-Per-View from T-Mobile Arena in Las Vegas, Nevada - will be contested at a maximum catchweight of 164.5 pounds.

Alvarez has never weighed more than 155 lbs., which has been his weight limit of choice for five of his past six starts including his World middleweight championship winning effort over Miguel Cotto in Nov. '15.

The victory netted him the WBC belt along with historical recognition as the first-ever boxer from Mexico to lay claim to the World (lineal) middleweight crown. Alvarez vacated the WBC belt last May, as he refused to concede to the sanctioning body's deadline to secure a mandated title fight with unbeaten Gennady Golovkin.

Title lineage doesn't seem to faze him either, as Alvarez only recognizes himself as a current super welterweight titlist - though with room to grow.

“Look, I’m not a current world champion at middleweight,” Alvarez bluntly stated when asked (by yours truly) during a recent media conference call to discuss the upcoming clash with Chavez Jr. “I have been in the past. But I’m not now."

Good news came with the rest of his response - or at least news that could lead to something good if the boxing stars are properly aligned for a change.

Despite being no further along in talks than they were a year ago, an Alvarez-Golovkin showdown remains atop the wishlist of boxing fans around the world. Golovkin limited himself to just two fights in 2016 - knockout wins over Dominic Wade and welterweight titlist Kell Brook - while waiting on a superfight that never transpired.

Alvarez, meanwhile, engaged in a 155-pound catchweight clash with Amir Khan last May, followed by his dropping down one pound to the true super welterweight limit, where he began his second title tour following a 9th round stoppage of Liam Smith last September.

It was decided by Golovkin's team that the Kazakhstani knockout artist would no longer operate on anyone else's schedule, with hopes of getting in at least three fights in 2017. His lone appearance on the year so far came in a 12-round win over Daniel Jacobs this past March. There were talks of a June 10 homecoming in Kazakhstan in a four-belt unification clash with fellow-unbeaten titlist Billy Joe Saunders, but Chris Mannix of Yahoo! Sports recently broke the news of such plans being dead in the water, and that Golovkin will instead look to return in September.

That's where Alvarez potentially comes in. For now, there exists at least a favorable starting point that he will be at that weight.