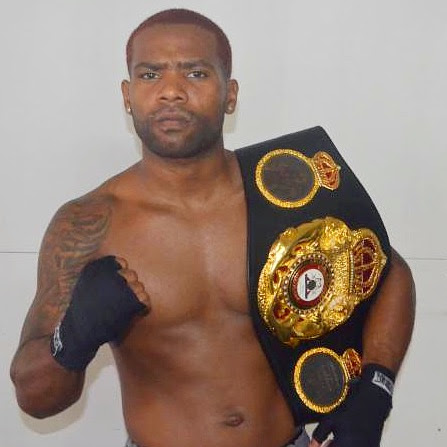 Having already established a firm presence in the 130-pound division, Golden Boy Promotions has strengthened its stance ten-fold.

The California-based promotional outfit has added to its growing stable streaking 130-pound titlist Jezreel Corrales, the company announced on Wednesday. The 25-year old southpaw from Panama - who is unbeaten in his last 21 starts - has been eager to add to his résumé since a breakout 2016 campaign, which only further justifies his decision to make this move.

"First of all, I would like to thank God for allowing these doors to keep opening up for me," said Corrales, who rose to prominence with a pair of wins over previously top-rated and unbeaten Takashi Uchiyama on the road in Japan in 2016. "I would also like to thank Golden Boy Promotions for giving me the opportunity to become a part of their huge company and for giving me the chance to showcase my skills in the U.S. market and being able to perform on the big stage and participate in the huge events that they put together.

"With their hand, I will be the best super featherweight champion in the world."

He is certainly among the very best in a division that includes tremendously talented boxers such as Vasyl Lomachenko, Takashi Miura, Miguel Berchelt as well as former champs Uchiyama, Francisco Vargas and Orlando Salido.

Golden Boy Promotions has Vargas and Miura (via co-promotion) under contract, options on Berchelt's next fight and a working relationship with the promoters of most of the best 130-pound boxers today. Adding the current titlist to its roster can only produce good news for one of boxing's strongest divisions.

"We know that Corrales has a huge opportunity to impress boxing fans here in the U.S," notes Oscar de la Hoya, founder, CEO and Chairman of Golden Boy Promotions. "[W]e have no doubt that he will attain his goal as one of the best super featherweights in the world. We look forward to seeing him showcase his talent here, and taking on the best in his class."

Given the statements offered through Golden Boy's official press release announcing the signing, it's clear that a stateside debut is well in store for Corrales (21-1-0-1NC, 8KOs), who had fought exclusively in Panama before hitting the road for a crack at Uchiyama last April. The trip halfway around the world to Japan proved well worth the risk, as Corrales scored one of the biggest upsets of 2016 with a 2nd-round blitzing of the previously undefeated and long-reigning titlist.

Their rematch in December miserably paled in comparison, in terms of action and wow factor. What it produced, however, was the same general result - Corrales' arm raised in victory in taking a hard-fought, albeit slow paced split decision victory to remain near the top of the division.

It also extended his streak of 21 fights without a loss since to countryman Jhonatan Arenas in 2009, just his second pro fight and while campaigning in the 122-pound division. He's since bounced around between featherweight and super featherweight before settling on the latter for good in 2014. Six straight knockout wins followed, including his title lifting stunner over Uchiyama before settling for a 12-round nod in their rematch.

Now it's time to kick his career into high gear and conquer the North American market.

"Corrales is a tactical fighter who has great speed, and has a unique boxing style that fans in North America will love," stated Rogelio Espino, who is part of Corrales' management team. "Jezreel, in the hands of Golden Boy Promotions, can and will conquer the U.S. fan base and cement his status as one of the current best super featherweights in the world."