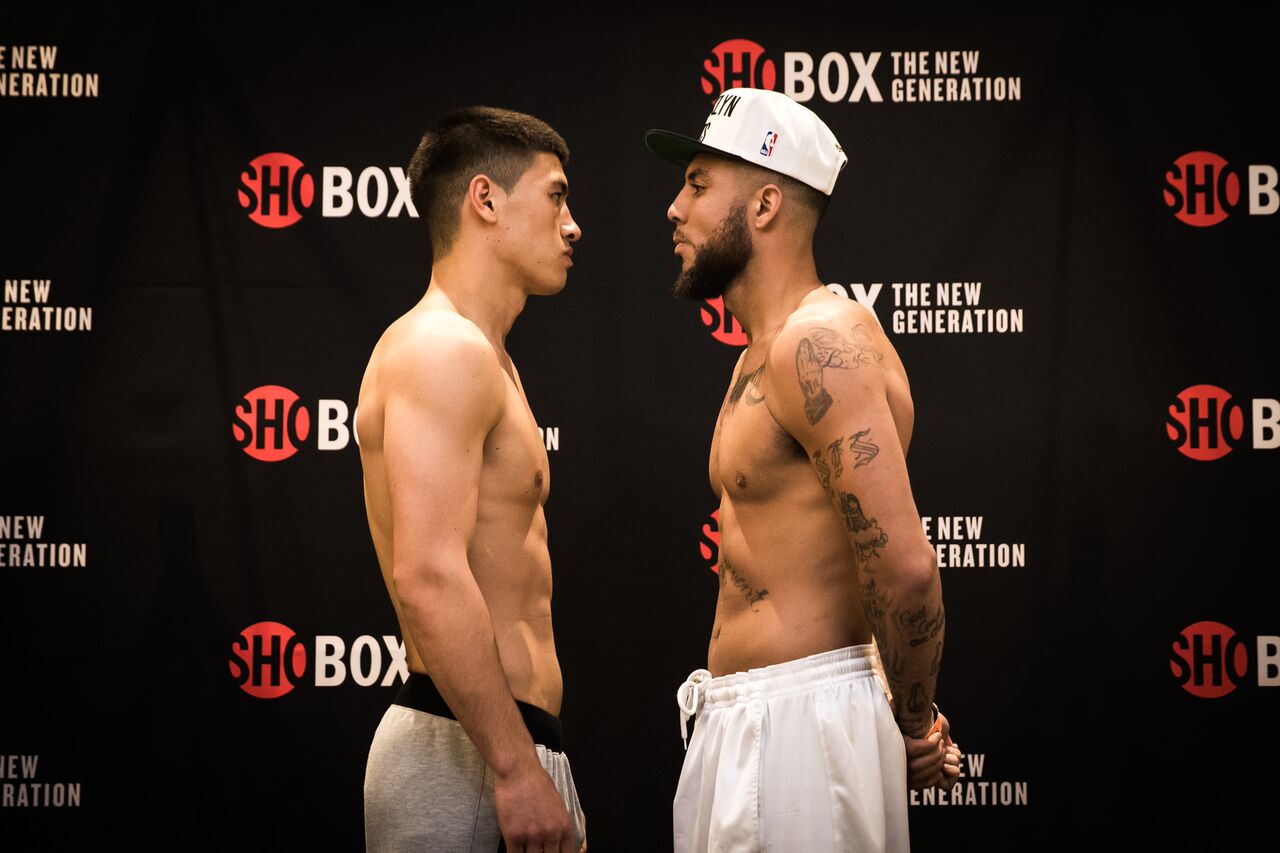 Both boxers were well inside the light heavyweight limit at which their scheduled 12-round main event will be contested. Bivol (9-0, 7KOs) tipped the scales at a lean 174.5 lbs. for what will serve as the second defense of his interim light heavyweight title. Clarkson (19-3, 12KOs) came in at a ripped and ready 173.5 lbs. for the biggest fight of his six-year career.

Bivol has primarily fought out of his home country of Russia, save for two previous appearances in California. The prodigious talent has fought at an accelerated level of competition since turning pro in Nov. '14, with strong aspirations of fighting for a legitimate world title, perhaps even the winner of the June 17 rematch between Andre Ward and Sergey Kovalev.

"The plan was to become world champion in my first 10 fights. We’re almost there," insists Bivol, who attributes his rapid rise in the pro ranks to his tour in the World Series of Boxing. "I did have a transition from amateur to pros. The WSB helped that transition and gave me experience. I’ve been able to learn from fight to fight, and I’ve gained experience in each fight."

Clarkson enjoys a size advantage but is stepping way up in class. Still, he comes in as a familiar face to Showtime viewers, scoring the biggest win of his career on this series with a 3rd round knockout of Jerry Odom in July '15.

Four wins have followed against pedestrian opposition, but he firmly believes his time has come to run with the best light heavyweights.

“I’m not an underdog. I’ve fought my way up here to this position and the winning streak," said Clarkson. "I feel like I’ve proven myself to be here. My losses have helped me get to where I am. I know I belong here.

“(Bivol) hasn’t been in wars like we have. It’s hard when you face a guy like me that isn’t afraid of you. He’s one dimensional. We want to make him as uncomfortable as possible. We’re coming to take his belt. He’s going to have to stop us from taking it. He’s never faced anyone like me – a really fast fighter with a lot of power.”

Also on the show, former amateur standout Malik Hawkins (10-0, 7KOs) makes his series debut versus fellow unbeaten welterweight Carlos Soto (13-0-2, 7KOs) in a bout scheduled for eight rounds. Hawkins, who hails from nearby Baltimore and trains with current 130 lb. titlist Gervonta Davis, weighed in at 146 lbs. Soto, fighting outside of his native Mexico for the first time in his career, clocked in at 148.25 lbs.