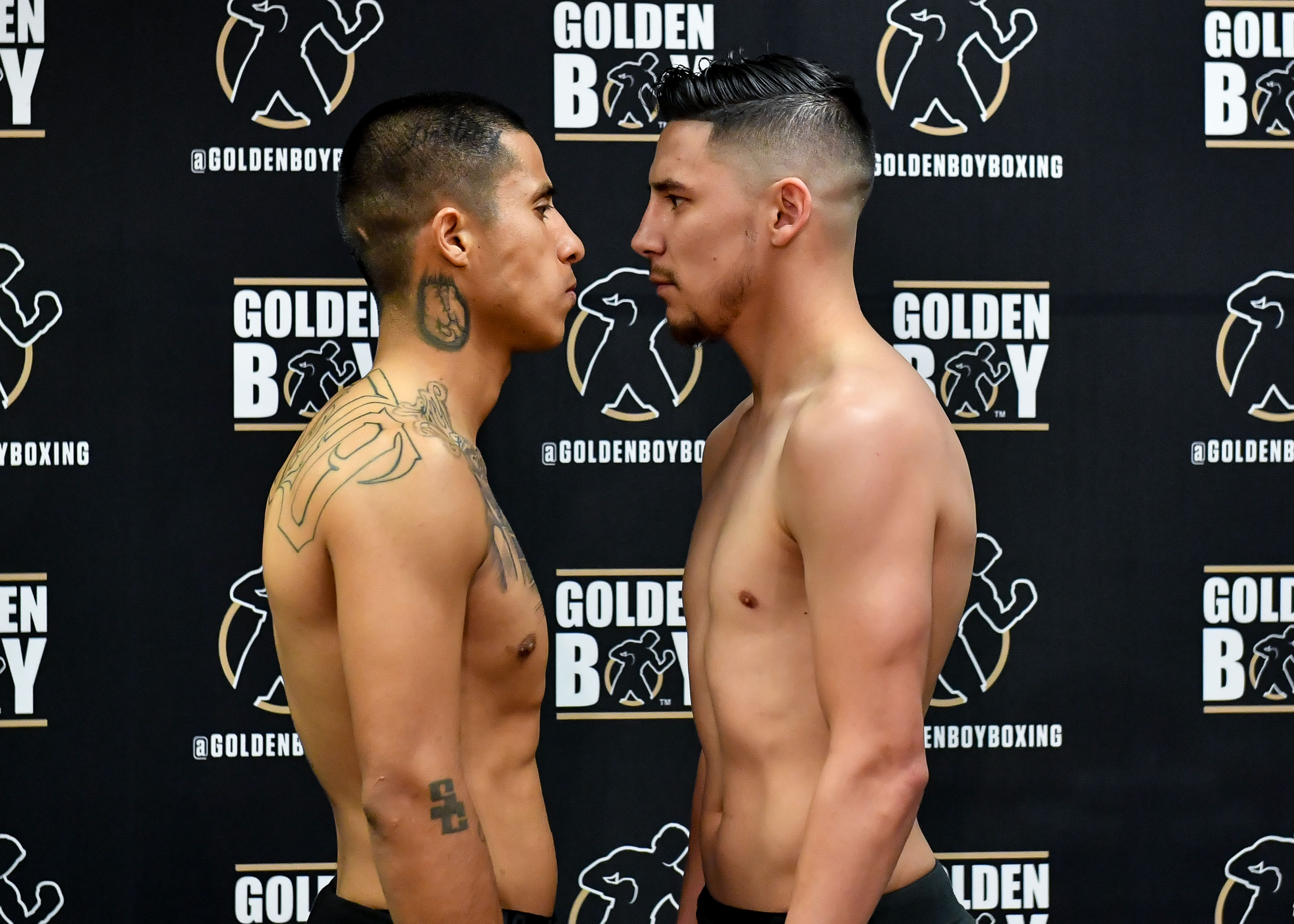 Ivan Delgado and Charles Huerta will spend their Good Friday with bad intentions, as both boxers made weight ahead of their scheduled eight-round super featherweight clash atop Friday's edition of L.A. Fight Club, which airs live on Estrella TV from Belasco Theater in Los Angeles, California.

The 26-year old locally based Delgado has quickly become a fan favorite among the series as well as the hosting venue. Friday will mark his seventh appearance at Belasco Theater, all coming in the span of his past nine starts. He gets his toughest test to date, even with Huerta coming in off of back-to-back losses. The 10-year ring veteran has alwatys proven to be nobody's easy night, as evidenced in narrow defeats to Jonathan Arrelano and Carlos Morales in his two most recent starts, though distanced by a three-year inactive gap.