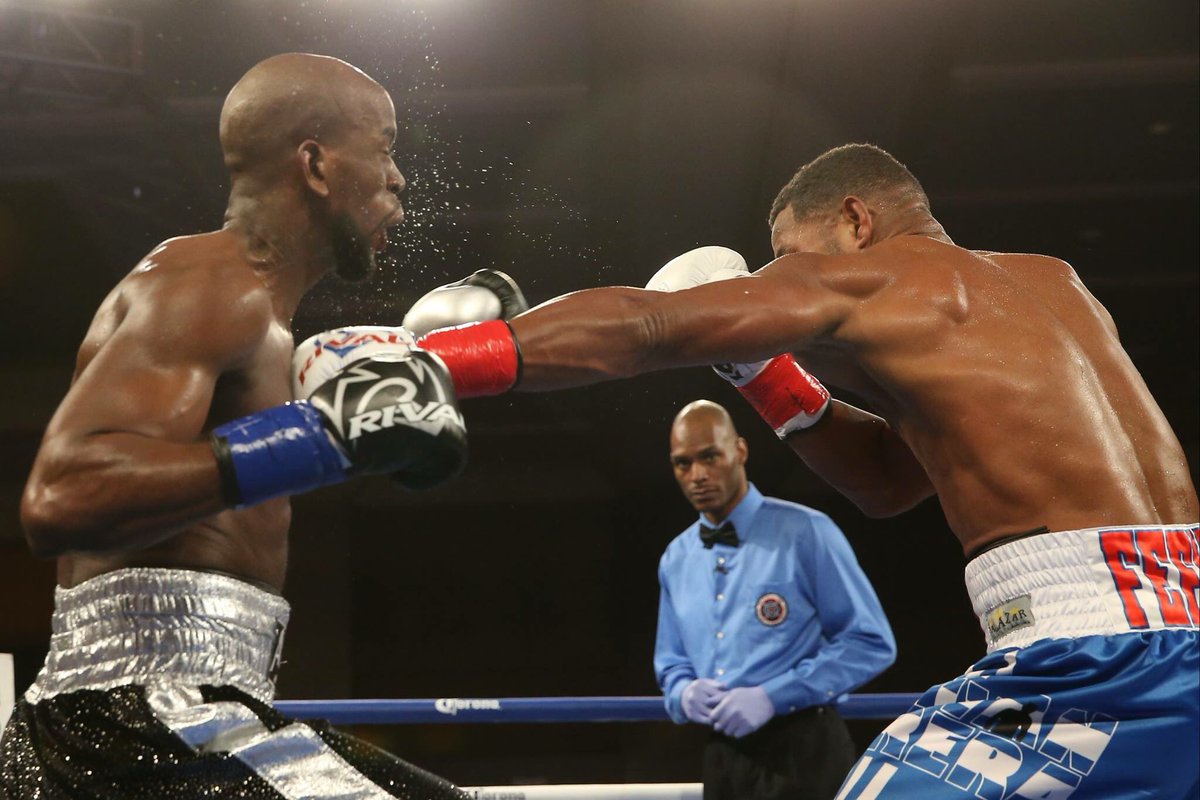 It wasn't exactly the second coming, but Sullivan Barrera enjoyed a far more memorable Easter weekend ring appearance Saturday night than was the case a year ago.

Barrera spent much of the brief affair fighting like a boxer who knew victory was always around the corner, which allowed the Miami-based Cuban to take more chances than would normally be the case. At times it made for a fun affair, though also mixed in with some sloppy exchanges. Parker did his best to take advantage of the latter moments, which were really his only chance of winning. He made a go of it in the first two rounds, his best moment coming near the end of round one when he managed to clip Barrera with a flush right hand.

Neither boxer was shy about working on the inside, although their desire to trade was at times trumped by absence of technique which led to excessive holding and warnings from the referee to keep it clean. Barrera did his best to oblige, appearing to seize control in round four only for momentum to be stalled by a clash of heads that left Parker dazed and on the canvas. He would find himself back on the deck in round five, this time from clean punches as he was officially dropped for the first of two times on the night.

Barrera sensed the end was near but couldn't curb his reckless tendencies as his desire to rush in led to another clash of his heads, this time leaving him stunned. He shook off the pain and went back in for the kill, scoring a second knockdown on the night although Parker was determined to soldier on. It was his ultimate undoing as an ensuing volley eventually forced a mercy stoppage by the referee.

The official time was 2:08 of round five.

Barrera picks up his second win following the lone loss of his career as he advances to 19-1 (14KOs). Both legs of his current streak aired live on HBO Latino, with Saturday's feat coming four months after his spectacular 8th round stoppage of previously unbeaten Vyacheslav Shabranskyy last December, some nine months after dropping a 12-round decision to Andre Ward last March, which also came on the night before Easter much as his latest ring adventure.

This opportunity came as Plan B for Barrera and his team after an inability to close the deal on what would have been a title eliminator with Artur Beterbiev. Had the two sides reached terms, the bout would have taken place April 21 in his adopted hometown of Miami.

Barrera caught flak for withdrawing prior to the bout being finalized, with his side contending that Beterbiev and his team - which includes promoter Yvon Michel - stalled in closing the deal. As Beterbiev fights under Al Haymon's Premier Boxing Champions (PBC) banner, the recent announcement of Spike TV allowing its two-year contract with PBC expire, the absence of a guaranteed TV date suddenly lends credence to Barrera's claims.

Also on the HBO Latino telecast, Vaughn Alexander picked up the third win of his second career, the latest coming in a 10-round decision victory over Andres Calixto Rey.

Scores were 99-90 (twice) and 100-89 in the makeshift chief support, with the bout being bumped up on the roster and from eight rounds to ten after Arif Magomedov fell ill and was forced to withdraw from his scheduled televised clash versus Mexico's Elias Espadas.

Alexander made the most of this opportunity the same that he has with every day since being released from prison one year ago. The older brother of former two-division titlist Devon Alexander began his career in 2004 as a promising light heavyweight prospect before landing on the wrong side of the law and serving 11 years of an 18-year sentence for strong-armed robbery among other charges.

Now a free man and campaigning as a middleweight, Alexander has registered three victories in a span of six months, which each of his last two extending the distance. Saturday's feat over Rey (7-6, 5KOs) was a career-long 10-round haul, having never previously fought beyond six rounds. The unbeaten St. Louis showed no signs of fatigue or inability to handle the long haul, even when Rey grew brave and attempted to force his unbeaten foe out of his comfort zone.

Rey enjoyed his moments, particularly when he was given the opportunity to let his hands go. Alexander managed to weather the storm every time and - for the most part - dictated the pace and dominated the action overall. There were no knockdowns on the night, with the deduction from all three cards coming when Rey was disciplined for hitting on the break.

Alexander now improves to 8-0 (5KOs), prevailing in his televised debut.