Khurtsidze: After I Hand Langford First Loss, I Want Saunders Next 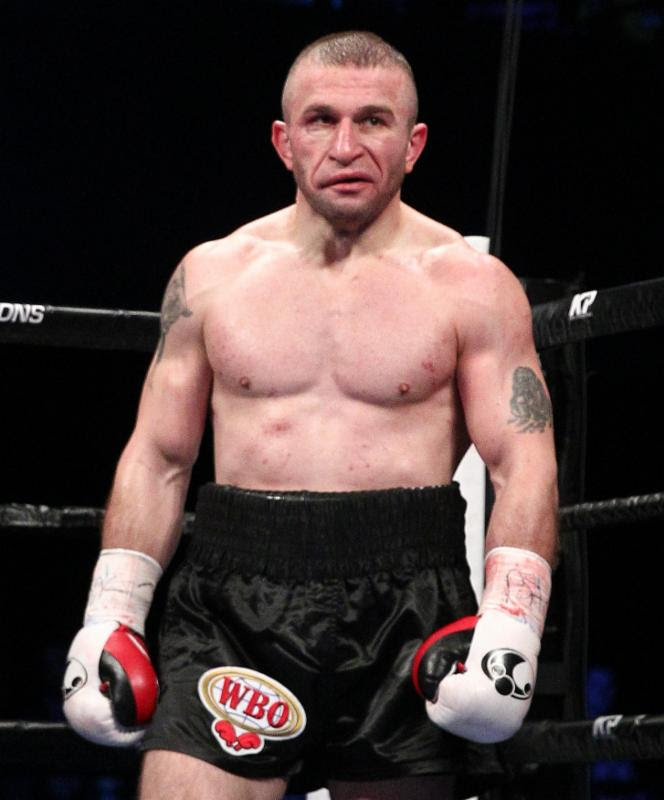 It's been 59 full weeks since Avtandil Khurtsidze last appeared in a prizefight, but the ring absence has only made the heart grow fonder.

The squat Brooklyn-based Georgian middleweight and his team have touched down in England for this weekend's interim title fight versus Tommy Langford at Leicester Arena in Leicester, England. The bout is his first since last March, when he blasted out Antoine Douglas in 10 rounds and then watched as other middleweights made excuses when his name was mentioned as an available opponent.

In addition to home court advantage, Langford (18-0, 6KOs) has enjoyed three fights since Khurtsidze's last ring appearance, including a stay-busy win last November. It matters little to the visiting challenger, who is anxious to not just enter the ring this Saturday but also about what a win will mean.

"I am very excited to finally get this opportunity," said Khurtsidze (32-2-1, 21KOs). "I've worked real hard these last few years to get another shot at a world Title and I will give my best on Saturday to achieve my dream. It will be an honor to add the first loss to Tommy Langford's record and to seize the Interim WBO Middleweight World Title.

"After I defeat Langford, (Billy Joe) Saunders is next."

The opportunity actually came about after Saunders' team offered Khurtsidze - the mandatory challenger to his title - a lucrative step-aside package as the unbeaten titlsit was of the belief he was heading towards a summer unification clash with Gennady Golovkin. While those plans fell through, Saunders remains on the hook to fight the winner of this weekend's headliner, which airs live on BoxNation and BT Sport in the United Kingdom.

At least for Khursidze, his team has already begun the process to make sure that - with a win - that due title shot comes through sans hurdles.

"This fight on Saturday for the interim WBO middleweight world title is a hard-earned and well-deserved opportunity for Avtandil," said Lou DiBella, Khurtsidze's promoter. "His victory over Antoine Douglas last year was remarkable and I know Khurtsidze will do his best to replicate that performance in England against Tommy Langford."