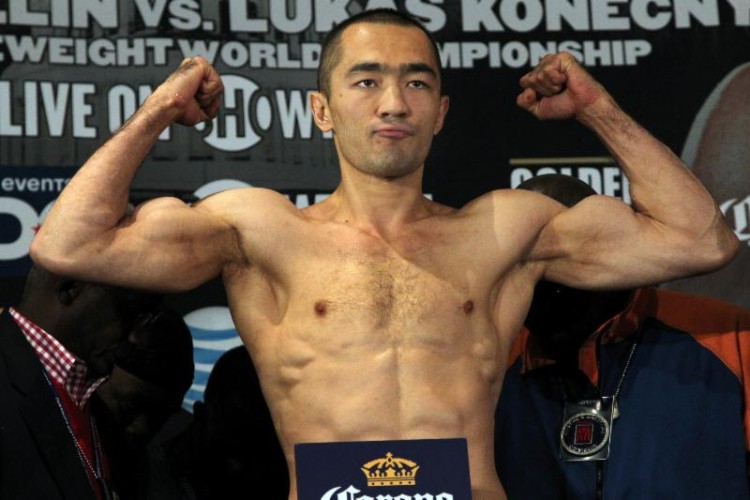 It was biilled as one of the best doubleheaders to be featured on the Premier Boxing Champions (PBC) on FS1, with both legs of the show featuring two bouts that have long been in development.

Naturally, at least one was bound to ultimately fall through.

Such fate was dealt to the evening's originally scheduled main event, as an eye injury suffered by Beibut Shumenov forced him to withdraw from his April 29 cruiserweight title consolidation clash with Yunier Dorticos. Their bout had been nearly a year in the making, with next Saturday's slot at least the second assigned date for this clash.

It will now have to wait a little longer.

"It is disappointing that Shumenov suffered an eye injury in training. Unfortunately, that's the nature of boxing,'' said Leonard Ellerbe, CEO of Mayweather Promotions who serves as lead promoter of the show which airs live from Sam's Town Casino in Las Vegas. "We were looking forward to seeing him defend his cruiserweight world title against Dorticos.

"I hope he makes a full recovery and we can reschedule the match."

The silver lining to be founds is that another long-awaited title fight now gets a status upgrade. Claudio Marrero's ongoing pursuit of unbeaten featherweight titlist Carlos Zambrano has now been advanced to the main event.

Zambrano (26-0, 11KOs) - a 32-year old featherweight from Peru - fights for the first time live on U.S. TV along with making his debut under Floyd Mayweather's promotional banner, having signed with the retired former pound-for-pound king last year.

Marrero (21-1, 15KOs) comes in riding a seven-fight win streak but has been inactive since an NBC Sports Network-televised knockout win over Luis Hinojosa last August. The 28-year old southpaw from Miami by way of Dominican Republic was first due to face Zambrano last February, only for a lengthy list of excuses to follow along with several rescheduled dates.

"The amount of time they made me wait, it will only make the ass-whipping I give him that much more enjoyable," Marrero told FightNights.com through translator and head trainer Herman Caicedo.

Added to the FS1 telecast is Marrero's countryman, unbeaten prospect Jeison Rosario (12-0, 9KOs) fights for the first time out of his native Dominican Republic as he faces Nathan Gallimore (17-1-1, 14KOs) in a scheduled 10-round middleweight bout.