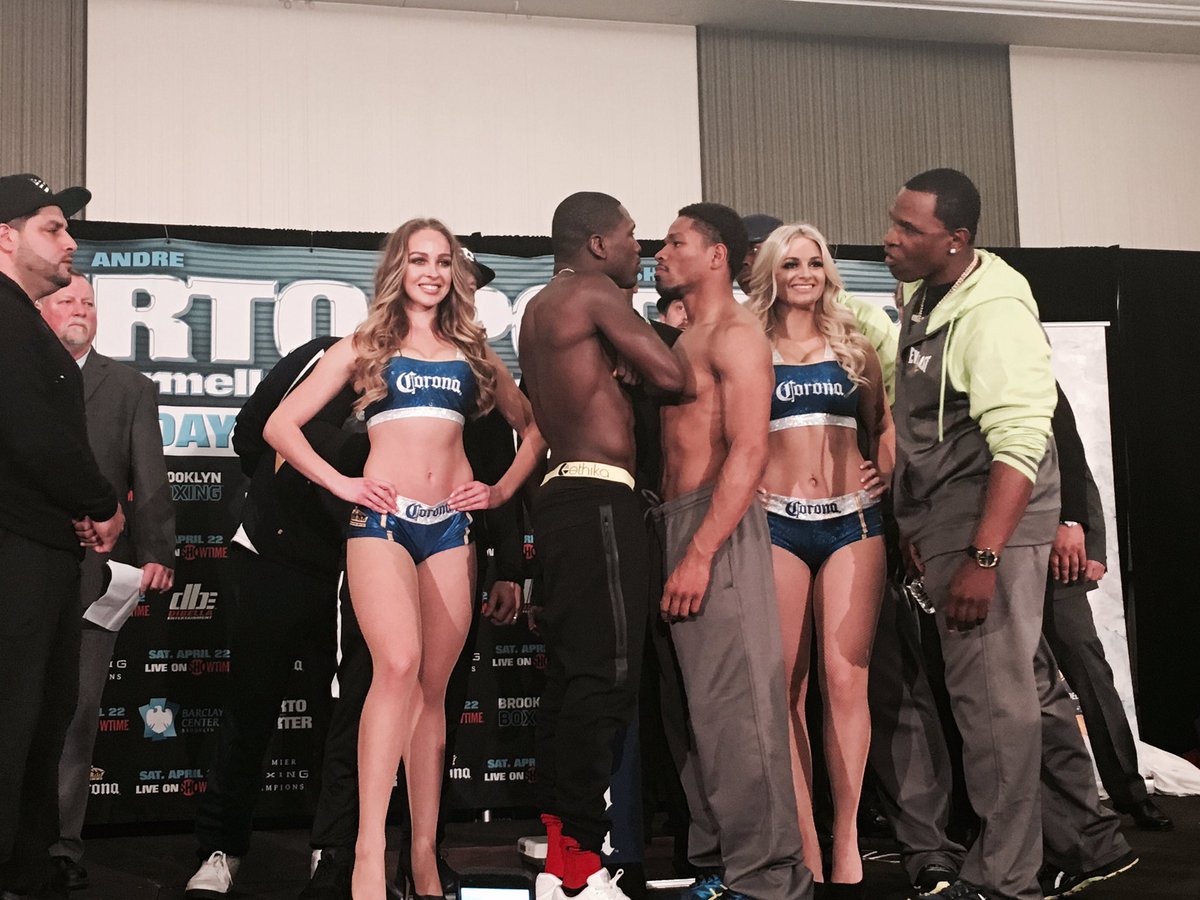 The bout ends a significant inactive stretch for both boxers. Berto has been out of the ring since a revenge-fueled 5th round knockout of Victor Ortiz in their action-packed rematch last April. The bout avenged his first career defeat in April '11, which also ended his first stay as a welterweight titlist. He claimed a second belt in his very next fight, stopping Jan Zaveck in five rounds later that September which was to set up a rematch with Ortiz in 2012.

Instead came a massive tailspin in his career. The rematch was canceled when Berto tested positive for a banned substance he unknowingly ingested, a development that resulted in a complete training overhaul. It hasn't done wonders to his career, however; he is just 4-4 in his last eight starts, that stretch bookended with his two-fight series versus Ortiz.

Porter's latest run isn't much better, although he comes in as the betting favorite and universally recognized as among the best welterweights in the world today. Ironically, as much was shown in his last loss (and also his last fight), a 12-round decision defeat to Thurman in their spirited affair which aired live from this very venue in primetime on free-to-air CBS.

Prior to the defeat came a pair of wins in 2015 - stopping Erick Bone in five rounds and then outpointing Adrien Broner on Father's Day only to sit out for more than a year before facing Thurman - on the heels of his first career loss. Porter dropped a 12-round decision to Kell Brook in Aug. '14, ending an eight month stay as welterweight titlist that began with a Dec. '13 win over Devon Alexander (also at Barclays Center) and four months later his lone successful defense in a 4th round stoppage of former two-division champion Paul Malignaggi, who now serves as a Showtime analyst and will be part of this weekend's broadcast team.

Charlo (28-0, 13KOs) weighed 153.5 lbs. for the first defense of the title he claimed in a come-from-behind 8th round knockout of John Jackson last May, the last time he has seen ring action.

Hatley (26-1-1, 18KOs) - who weighed 153.75 lbs. for his first career title fight - has been out even longer, having not fought since an 11th round stoppage of Anthony Mundine on the road in Australia in Nov. '15. His one time in a boxing ring on fight night came on the same evening that Charlo won his title, although Hatley and his estranged promoter Don King's idiotic attempt to crash the celebration instead exposed their own ignorance. Hatley got in the face of Jermall Charlo, mistaking him for his twin brother as he was forced to deal with the Dallas super welterweight following his hard-fought win over Austin Trout.

It took nearly a full year to finally get Jermell Charlo and Hatley into the ring, enough time for another strange sidebar to add to the storyline - Hatley has since filed a lawsuit against King, a rare occasion where a boxer sues his own promoter ahead of and while still going through with a title fight.