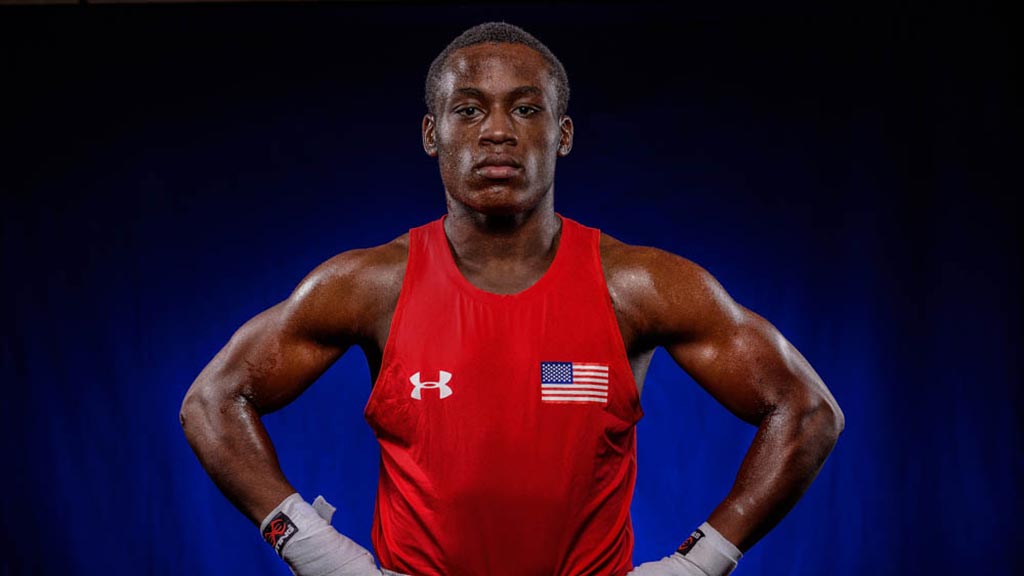 In a weekend loaded with activity from 2016 Olympians who've joined the pro ranks, one story has managed to fly under the radar.

That doesn't make Charles Conwell's journey any less important of a story that should be told.

The 19-year old welterweight from Cleveland, Ohio makes his pro debut Friday evening on a show that comes without the benefit of TV coverage or even much hype. Still, the 2016 U.S. Olympian - who fought at the middleweight limit but will now compete as a super welterweight in the pros - is eager to begin his new journey.

Step one comes in the form of a four-round battle with Kansas' Jeremiah Page (3-3, 2KOs), as part of a five-bout show at Buffalo Run Casino in Miami, Oklahoma. The bill is topped by super featherweight contender Billel Dib in a 10-round battle with Yaundale "Money Shot" Evans, who - like Conwell - was born and raised in Cleveland.

"I'm really looking forward to making my pro debut. I've been training at Soul City Boxing Club in Toledo, OH, working on my speed and power, and getting sparring from all different styles. I know I'll have to be ready to adjust to anything as I progress," said Conwell, who is managed by David McWater and co-promoted by Lou DiBella and Tony Holden. "I'm very grateful for the team I have behind me. With my promoters DiBella Entertainment and Holden Productions and my manager David McWater, I know that my career is in good hands and that I will become a world champion with them guiding me along the way.

"A lot of great fighters have come out of Cleveland and I am determined to continue that legacy."

Conwell was the lone male member from the 2016 U.S. Olympic boxing team - male or female - that competed in Rio to not advance beyond the first round. He also pulled a tough draw in facing two-time Olympian and vastly more experienced Vikas Krishan of India, against whom he dropped a three-round decision.

Two of his teammates fight elsewhere throughout the U.S. this weekend. Antonio Vargas (1-0, 1KO) fights in his hometown of Kissimmee, Florida, while bantamweight silver medalist Shakur Stevenson has garnered far more headlines for his own pro debut this weekend as part of a Top Rank Pay-Per-View live from Carson, California.

Olympic success - or lack thereof - doesn't always translate to a great pro career, nor does or should it define the legacy any boxer left behind as an amateur.

Regardless, what has happened in the past is left there, as Conwell has already begun carving out his own identity in the pro ranks even before the opening bell for his very first fight.

"Tonight is the start of a very bright career for Olympian Charles Conwell," said Lou DiBella, President and founder of DiBella Entertainment. "He has the charisma and talent to become a true star in the sport. By weighing in at 154 pounds when the contracted limit was 157 shows me just how dedicated he is to achieving his dream. He had great success as a middleweight amateur; he will be even stronger and more dominant at 154."