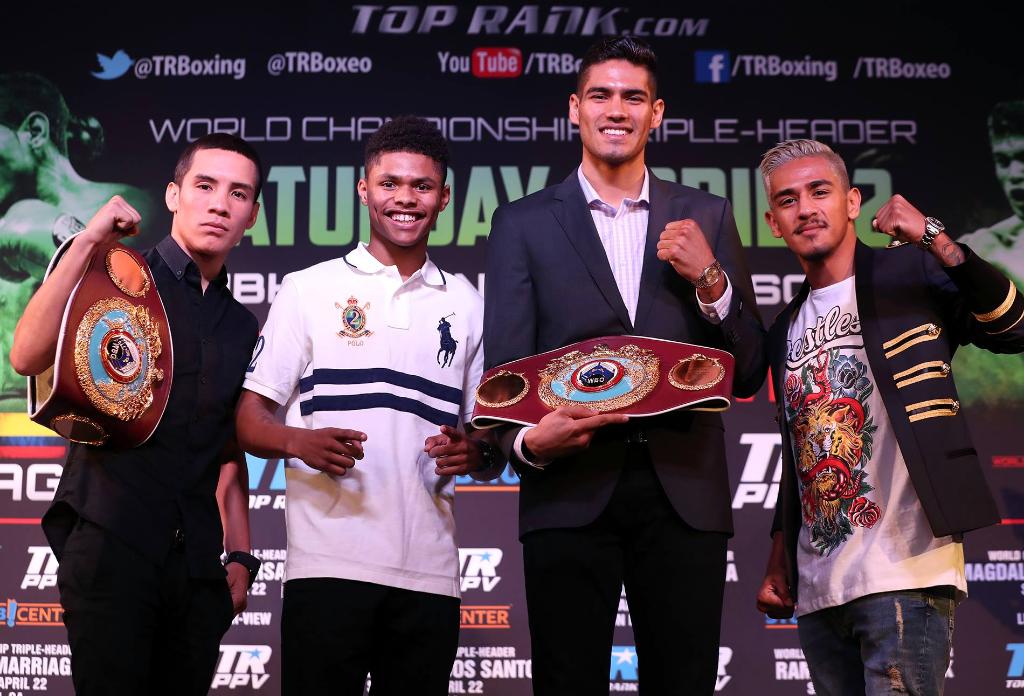 Three title fights and the pro debut of an Olympic Silver medalist comprise of Top Rank's latest independent Pay-Per-View venture, with the slew of young talent appropriately labeled "The Future of Boxing." All boxers involved in the four-fight telecast made weight for Saturday's show, which will air live from the StubHub Center in Carson, California.

Valdez won his portion of the featherweight crown with a 2nd round knockout of Argentina's Matias Rueda last July. His first defense served as his most recent ring appearance prior to this weekend's main event, as he scored a 7th round stoppage of Japan's Hiroshige Osawa last November in a supporting bout to Manny Pacquiao's return to the sport.

The lone downside to Valdez' progress is the lack of viewership build. Having appeared on UniMas and HBO during his rise to contention, Saturday will mark his fourth straight PPV appearance.

Marriaga has claimed five straight wins following the lone loss of his career, which also marked his only other title fight. The hard-hitting featherweight from Colombia came up short in his featherweight title bid versus Nicholas Walters, who missed weight and vacated his title at the scales ahead of their 12-round clash last June.