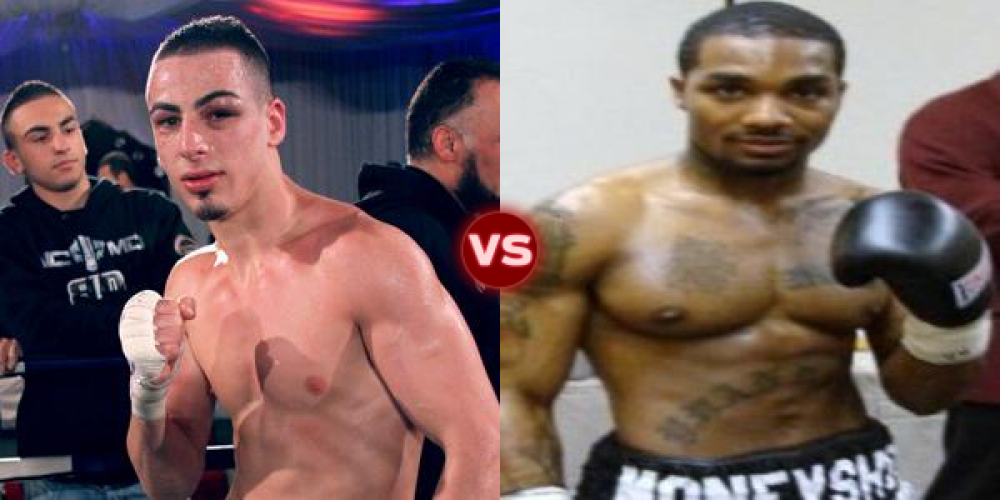 Ring rust clearly wasn't an issue in Yuandale Evans' ring return. The Cleveland native came up big in his first fight in 17 months, scoring a minor upset in a 10-round points win over Billel Dib in their regional super featherweight title fight Friday evening at Buffalo Run Casino in Miami, Oklahoma.

Scores were 97-93 across the board for Evans, who had only fought a grand total of six rounds in the past five years leading into the bout.

The rough and tumble nature of the evening's main event was a pace and style that favored Dib, who was fighting at Buffalo Run for the second straight time and in the US for the third time in his last four starts. His last adventure was far more productive, scoring an eight-round decision victory over Carlos Padilla last December.

Dib just couldn't get untracked this time around. The 27-year old Aussie - whose cousin Billy is a former featherweight titlist - tried every trick in the book but couldn't offer anything that the well-schooled Evans was unable to handle as he falls to 21-2 (10KOs). The loss snaps an 11-fight win streak.

The win is Evans' third straight, but just his first in more than a year. The 28-year old Cleveland product improves to 19-1 (14KOs), looking as good as new for a boxer who hadn't seen live action since Nov. '15, that coming in a 1st round knockout win following a four-round knockout four months prior in what was his first fight back following a three-year ring hiatus.

Given his latest performance, there stands a chance that Evans will land the right promotional deal and secure a greater rate of ring activity moving forward.

Also on the show, Charles Conwell needed just 41 seconds to score his first pro victory. The middleweight representative for the 2016 U.S. Olympic boxing team that competed in Rio was relentless in his bullrush of Kansas' Jeremiah Page (3-4, 2KOs).

The 19-year old former amateur standout from Cleveland came out firing from the opening bell, dodging a few Hail Mary shots from Page to immediately dig in with a two-fisted attack. A flurry of punches along the ropes was punctuated by a left hook that dropped Page to his knees as he buried his face in his hands while withering in pain as the bout was halted on the spot.

The show aired live via legal stream on UStream.tv.