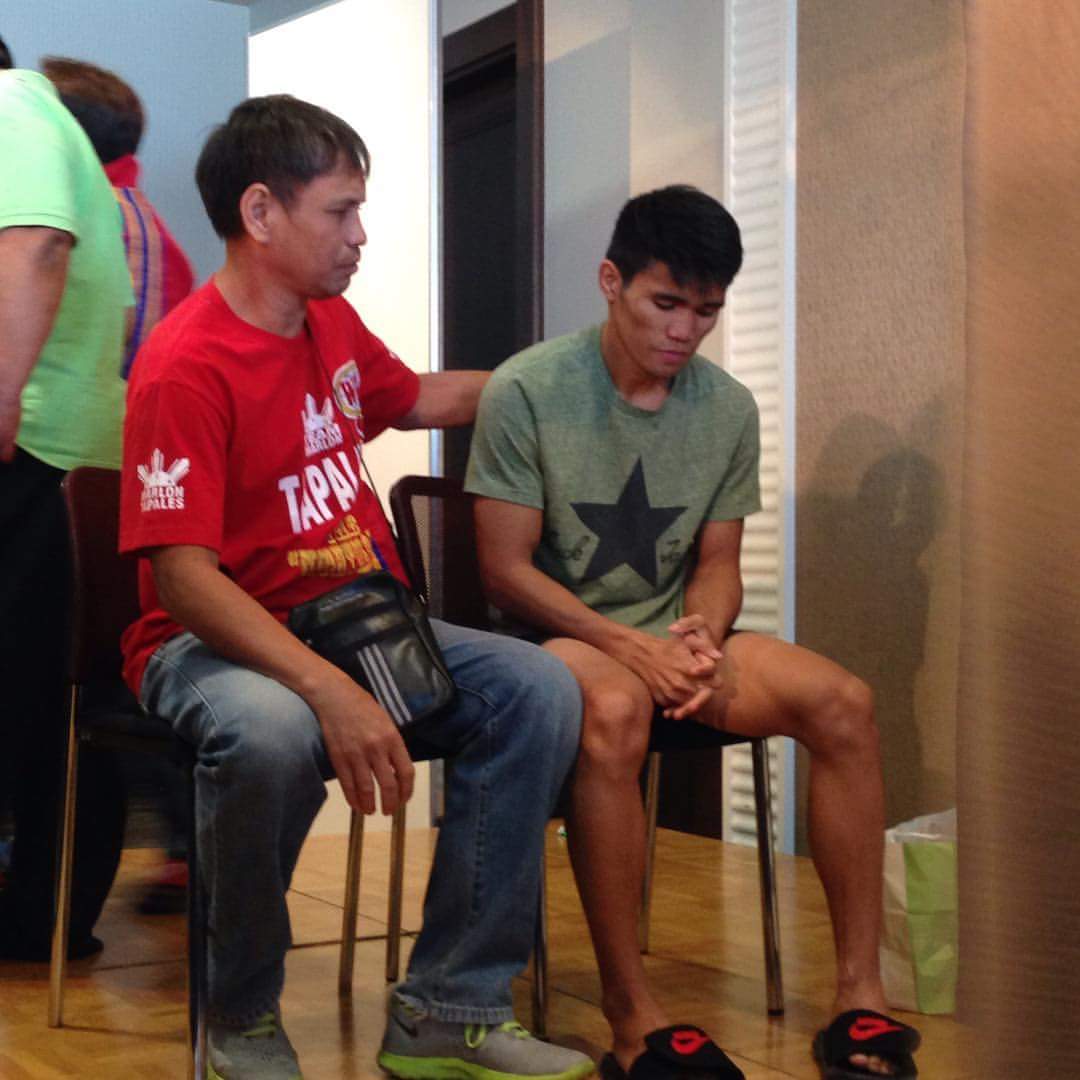 Given the look on Marlon Tapales' face after failing to make weight on his second try, it's safe to say his last trip to Japan was far more memorable.

The weight-drained southpaw from Philippines sought to make the first defense of his bantamweight title versus Shohei Omori this Sunday in Osaka, Japan. Instead, the title will only be on the line for his opponent as the now ex-titlist was well over the 118 lb. limit in each of his two attempts to make weight.

Tapales (29-2, 12KOs) hit the scales at a whopping 119.75 lbs. - nearly two full pounds over the divisional mark - on his first try. His efforts to make weight in the following two hours included riding a stationary bike in a sauna, but only managed to get down to 119.68 on his final attempt. His title reign was preceded with a big win over Omori in Japan, but ended with the weight-drained boxer slumped in a chair depressed over the scale result and his newfound status as an ex-titlist.

Omori (15-1, 11KOs) was well within the mark at 117.5 lbs. and is eligible to win the vacant title, as well as his being entitled to a portion of Tapales' purse.

The development provides a much needed plot twist to a rematch that many deemed unnecessary. Tapales stormed into Omori's homeland in their Dec. '15 title eliminator, scoring four knockdowns en route to a 2nd round knockout in handing the crowd favorite his lone career defeat. The win was followed by a bantamweight title-snatching 11th round knockout of Phuengluang Sor Singyu last July.

Omori has managed to string together a three-fight win streak in the wake of his first career loss, although none of the three bouts were sanctioned eliminators or even coming against relevant competition.

Neverthleless, the 24-year old southpaw is now in prime position to add alphabet hardware to his trophy case with his first career title fight.

The news of Tapales missing weight was hardly unsurprising to those tracking his career progress. AsianBoxing.info founder Takahiro Onaga revealed on Twitter during fight week that the visiting bantamweight and his team were visibly concerned about Saturday's weigh-in. Award-winning writer Ryan Songalia - now a sports editor at Rappler.com - reported that Tapales regularly walks around close to the welterweight limit in between fights.

Also on the show, Kazuto Ioka (21-1, 13KOs) attempts the fifth defense of his flyweight title as he faces Thailand's Noknoi Sitthiprasert (62-4, 38KOs).

Sitthiprasert takes a massive leap in competition level, but his ability to overcome adversity is to be admired. The 30-year old Thai stumbled out to a 1-4 career start, but now enters his first title fight on the heels of a 61-fight win streak.