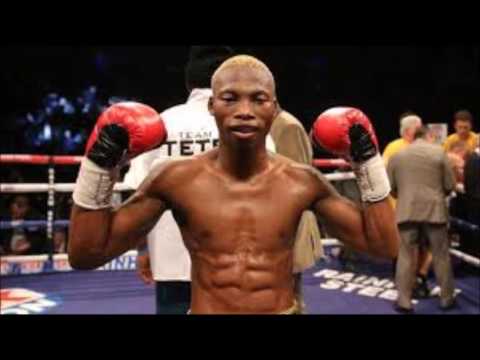 Zolani Tete's trip to the Leicester Arena began with the understanding that a win would lead to a bantamweight title shot.

A major change in the storyline resulted in his leaving the ring as a two-time titlist following a 12-round drubbing of Arthur Villanueva in their interim bantamweight title fight Saturday evening in Leicester, England.

Neither he nor his opponent were made aware of the title status until mere hours before the bout thanks to an overnight development. Reigining champ Marlon Tapales was forced to vacate his portion of the crown at the scales after showing up heavy for Sunday's clash with Shohei Omori in Osaka, Japan. The matter prompted the World Boxing Organization (WBO) to upgrade what was a final eliminator between Tete and Villanueva to an interim title fight.

No matter the status, Tete was determined to make a statement. He did that in a major way, winning virtually every round and flooring Villanueva in round 11 to put an exclamation point on a masterful performance.

The 29-year old southpaw from South Africa has now won nine straight bouts, including four of his past six taking place in the United Kingdom. Should Omori win on Sunday, he will gain recognition as the full champion and will be required to next face Tete. If Tapales emerges victorious, the WBO will have to sort out matters from there.

Villanueva (30-2, 16KOs) comes up short in his second career title fight, both of which has resulted in his lone two career losses. The 28-year old boxer from Philippines dropped a dull 12-round decision to McJoe Arroyo in their vacant super flyweight title fight in July '15. He managed three straight wins leading to this latest opportunity, but heads home empty handed.

The bout aired live on BoxNation and BT Sport in the United Kingdom.