Joseph Parker Closing In On New Opponent For May 6 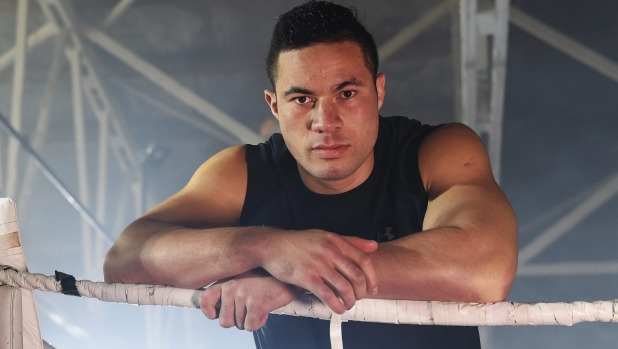 While disappointed to learn the news of their originally scheduled opponent falling through, Joseph Parker and his team have elected to keep the line moving and put their efforts into keeping alive their May 6 fight date.

The unbeaten heavyweight tiltist was due to headline at the newly branded Spark Arena in Auckland, New Zealand but was hit with the news over the weekend of Hughie Fury withdrawing from the contest due to an alleged back injury. The unbeaten Brit raised concerns of his availability after failing to communicate with Parker and event handlers Duco Events over his travel plans to arrive in country, with such suspicions confirmed by a news release from Hennessy Sport revealing his injury and how it has affected his recent training sessions.

Parker and his team don't seem fully convinced of the reason being offered, but also aren't going to lose much sleep over it. After all, there's still an event to be planned.

"Of course I am going to fight May 6th," Parker (22-0, 18KOs) proudly declared. "May 6th I’ve been preparing for this day so whoever they bring, I will prepared for it. I want an opponent which is going to put up a good fight. An opponent that’s going to make everyone think it’s a 50/50 fight."

The World Boxing Organization (WBO) - whose title Parker claimed in a majority decision win over Andy Ruiz last December - gave his team permission over the weekend to seek out any heavyweight ranked within its Top 15 to fill the void left behind by Fury (20-0, 10), who was the mandatory challenger but will likely have to fall back in line.

Frustration has been felt all around, between Parker, Duco Events and the WBO over the lack of communication from Fury's side in recent weeks - from the delay in initial plans, to fight-related event planning down to having to drag out of them final confirmation of their withdrawing from the title fight.

"I hope the injury is not too serious and I wish Hughie a speedy recovery," stated Kevin Barry, the 1984 Olympic Silver medalist and Parker's no-nonsense head trainer. "I will say it didn’t come as a total surprise to us. Just the way the whole Fury team have been conducting themselves in the last three months, it didn’t at all surprise us for them to pull out at this last minute.

"We were originally supposed to fight on April 1 only for the Fury camp not to sign the contract on time, so now pushed out to May 6. This has been a long training camp for us and Joe is very well prepared, really wants to fight, when you look at the last three years, he’s fought five times a year. This will be in 2017, this is five months since Joe has had a fight, so he really wants to get in the ring and wants to fight."

All signs point to that still happening, but merely a matter of whom he will now face.

"I guess the way I see it, it is probably an excuse. It might be an excuse, it might be legit, I think we just have to adapt and prepare for what is coming our way," Parker assesses. "I expect to know (Monday) the new opponent and everything will go ahead. We’re just locking in things at the moment."