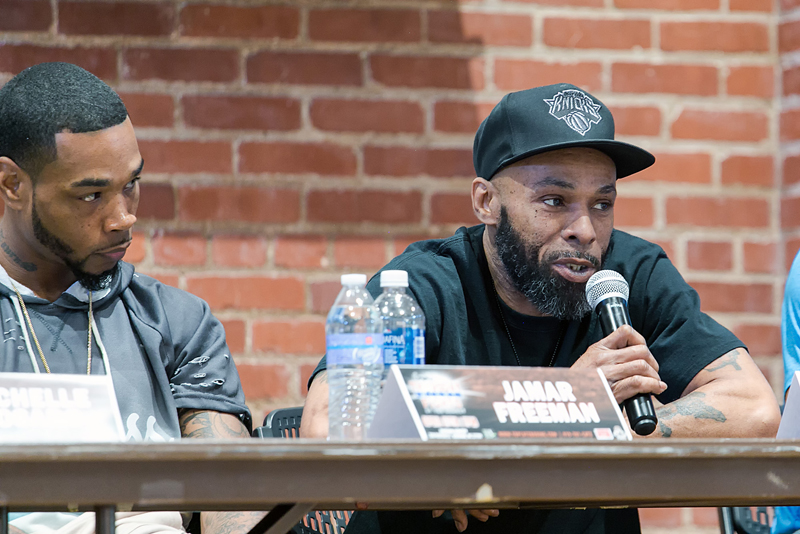 Jamar "DaTruth" Freeman was counting down the days for his February 4 main event in his hometown of Wilson, North Carolina. The veteran middleweight boxer went in all during training for a planned firefight versus Pablo Velez, only to suffer an untimely rib injury two weeks before the bout and was forced to withdraw.

Event handlers Top Catz Boxing were able to keep the date - its first fight date, in fact - alive, but Freeman had to settle for outgunned late opponent Miguel Queliz, whom he dispatched in just 95 seconds.

A much tougher challenge is expected for his next ring appearance, with fight night close enough to where his opponent Jeremy Ramos will likely make it through injury-free. Barring a freak occurrence, the two will collide in Top Catz Boxing and Michelle "Raging Babe" Rosado's latest venture which takes place April 27 at the Durham Armory in Durham, North Carolina as part of their "Thursday Night Fights" series.

"Me and my team are ready," Freeman (15-5, 8KOs) insisted during a recent press conference to promote the nearly sold-out event. "We put in a lot of hard work."

Freeman's last fight took place in front of a Standing-Room-Only crowd in his hometown. His latest ring appearance comes an hour away from home, but he still has every intention of making a statement as the 31-year old believes there is plenty of tread on his tires. He's best known through his career as a gun-for-hire, having suffered defeats to the likes of Samuel Rogers, Sammy Vasquez Jr., Julian "J-Rock" Williams and Caleb Plant, all of whom were undefeated at the time he faced them.

Still there were some positive takeaways from the bouts, which he views as learning lessons more than losses. He managed to go the eight-round distance with Plant, snapping the Tennessean's seven-fight knockout streak and also exposing a couple of his flaws along the way.

A two-fight win streak has followed, but the plan for Thursday evening is to do far more than just win.

"Come April 27th... I hope you are listening Jeremy Ramos," Freeman demands. "Your ass is mine!”