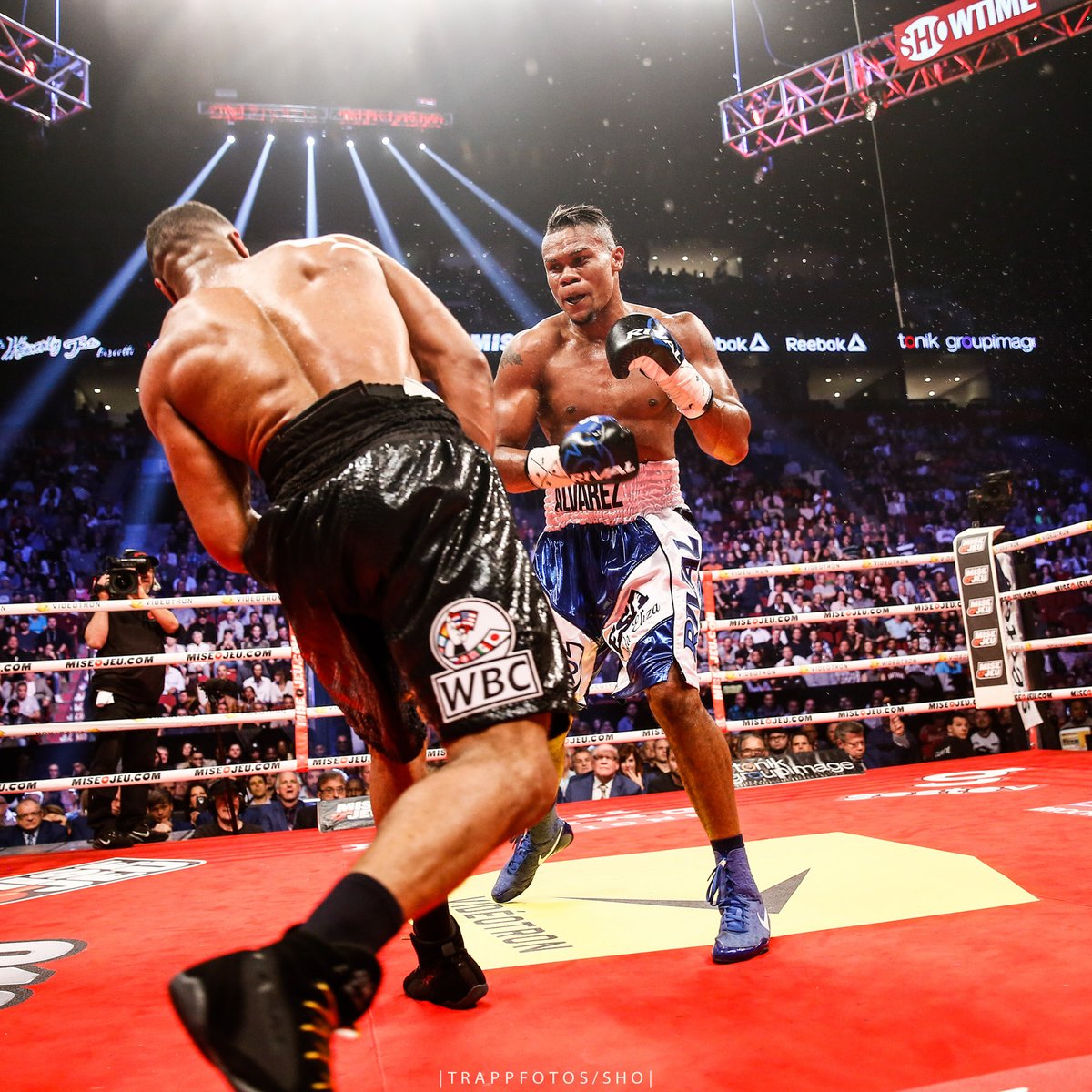 Eleider Alvarez already had a guaranteed title shot in his back pocket, but decided to risk that opportunity and his perfect record in taking on the wildly popular former champ Jean Pascal.

The calculated risk ultimately paid off, although the unbeaten Alvarez had to settle for a majority decision win over 12 rounds Saturday evening at the Bell Centre in Montreal, Canada.

Judge Richard DeCarufel allowed himself to be duped into believing Pascal's 30-second drills towards the end of several rounds were enough to pull even at 114-114. His awful scorecard was thankfully trumped by common sense, with judges Jack Woodburn and Rodolfo Ramirez scoring the contest 116-112 and 117-111, respectively, in favor of Alvarez (23-0, 11KOs).

However close the fight was on the scorecards was largely due to Alvarez' refusal to shift into another gear, even on the occasions when he had the faded Pascal in trouble. Exhibit A came in the form of a single right hand shot from the former lineal champion at the end of round one, enough to steal a frame that was otherwise controlled by Alvarez' jab.

The rounds in which Alvarez dialed up the aggression proved easy to score, often doubling up Pascal's output. But the former World champion showed heart and grit, as evidenced by his world class resume and also in the ring through his granite chin. He remained game throughout, but often waited until the final 30 seconds of nearly every round before letting his hands go.

Pascal did his best to change up in the second half, winning round eight fairly convincingly as he was first to the punch early and often. He was active enough down the stretch to pull even on one card, but overall was reduced to the role of a faded former ruler who still knows how to get the job done but no longer possesses the tools to implement.

That said, he believed what he had to offer was enough to pull off the upset.

The loss puts him at 2-3-0-1NC in his past six fights, a long way from his days as light heavyweight king.

While not quite there yet himself, Alvarez is now on the doorstep of joining that fraternity. With the win, he preserved a guaranteed bid at Adonis Stevenson, who annexed Andrzej Fonfara in the second round of their rematch which topped the Showtime-televised main event.

It was a bout he had long ago earned but refused to rest on his laurels.

"I wanted this fight because real fighters take on real champions," Alvarez insisted afterward. "I won this fight and earned my title shot. I can’t wait."